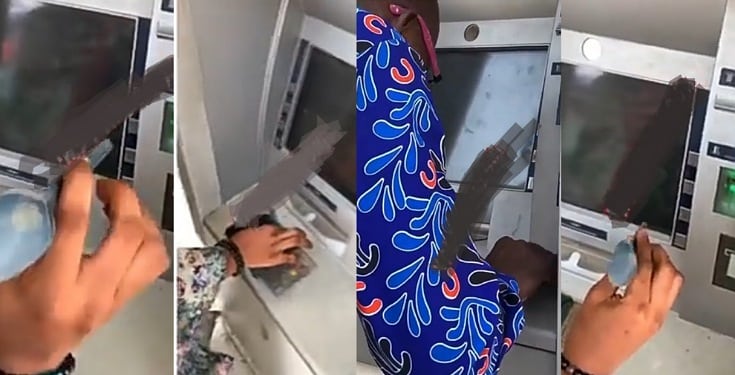 A video which just surfaced on social media has captured the moment clients at Heritage bank in Oshodi deviced quick means to withdraw money from the ATM machine without being electrocuted.

According to the man who recorded the video, the ATM machine was shocking people who came to withdraw, so they had to use spoons and sticks to press the buttons of the machine.

“See people using spoon and sticks to press ATM. That’s heritage bank o. The ATM machine is shocking so we have to use spoon to be pressing it. Na wa o”, he said.