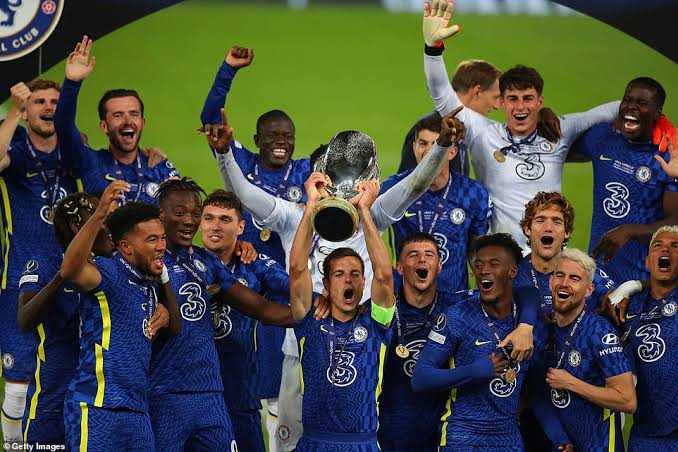 Kepa Arrizabalaga came off the bench to save two penalties and earn Chelsea Super League success in a shoot-out victory over Villarreal.

Kai Havertz missed the first spot-kick but after that Chelsea were perfect while both Aissa Mandi and Raul Albiol both saw their penalties saved as Chelsea won the shoot-out 6-5.

Hakim Ziyech shone from the start and opened the scoring only to injure his shoulder before half-time to give Thomas Tuchel a worry ahead of the Premier League opener against Crystal Palace on Saturday.

For their large spells of dominance, Chelsea’s goal lived a charmed life as Villareal twice hit the woodwork before the prolific Gerard Moreno drew them level.

That was the end of the scoring as the tie was settled on penalties with Tuchel’s decision to bring on Kepa moments before the shoot-out proving to be inspired.

The equaliser arrived as a scruffy Rudiger pass was pounced on by Villarreal, with Dia squaring for Gerard to turn home.

Chelsea reacted well to being pegged back but could not find a winner in normal time, with the 30 minutes of extra-time proving an attritional affair.

The Villarreal goalkeeper then saved the first penalty of the shoot-out as  Havertz was kept out.

But Cesar Azpilicueta, Alonso, Mount, Jorginho, Pulisic, and Rudiger were all successful, while Mandi and Albiol’s poor efforts were saved by Kepa to win the cup for the Blues.