A video making the rounds on social media has captured the moment Nigerian singer, Davido took his son, Ifeanyi to meet his fans for the first time. 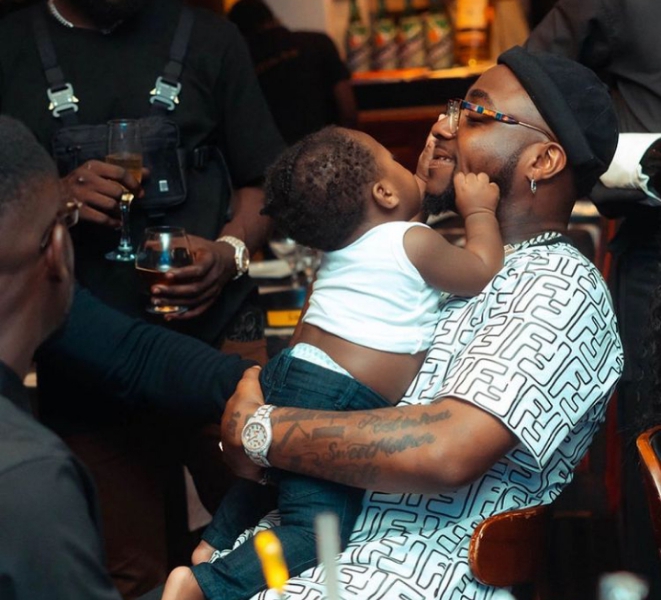 The proud father took to Instagram to share a video of the moment he allowed a massive crowd of fans to see his boy for a few seconds.

Sharing the clip on his page, the music star noted that his little boy has now met with the ‘streets’.

In another news, the singer seems to have completed his vacation with his firstborn daughter, Imade, in London as a new post on his page shows that he has returned to Nigeria.

Interestingly, the father of three wasted no time in meeting up with his only son, Ifeanyi Adeleke.