Home Viral News “Can a woman respect a man she proposed to?” – Reactions as... 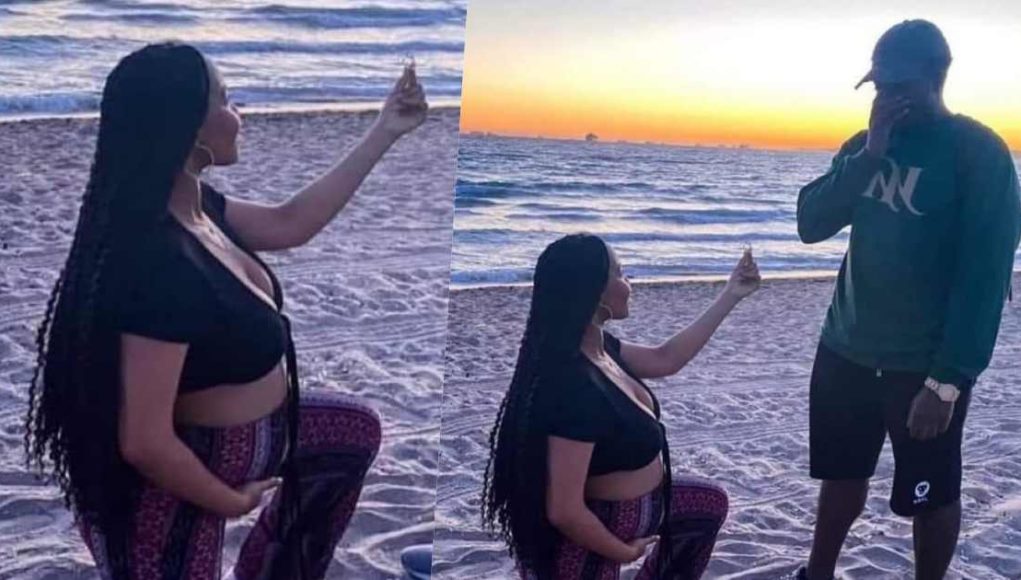 Proposal from a pregnant lady to her boyfriend trigger mixed reaction on Twitter as the boyfriend in question is considered less of a man. 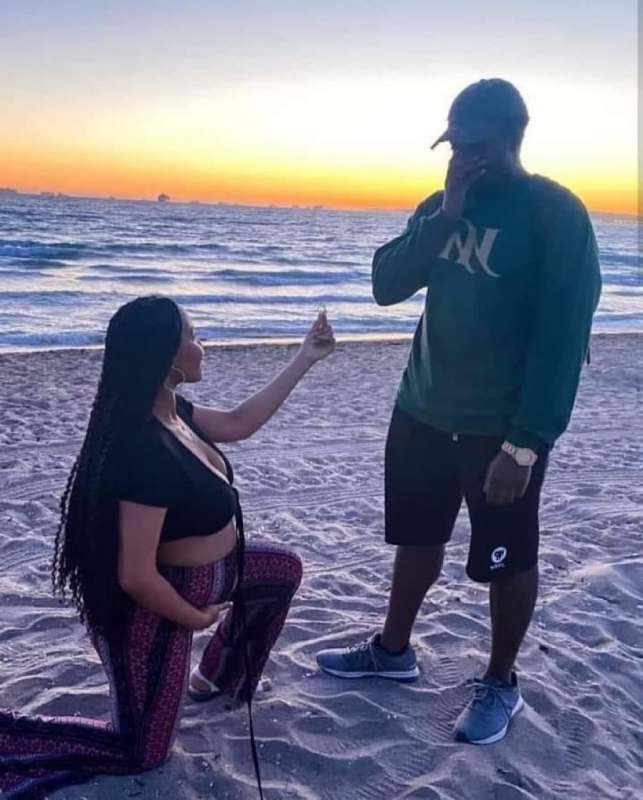 A Twitter user identified as @MagnumJackson had taken to the platform to share the picture of a proposal which he considered adorable but was bashed by other users.

The photo of the heavily pregnant lady proposing marriage to her man is considered by some users to be totally unwelcomed and awkward.

This is beautiful. Fellas remember… WE are the prize! pic.twitter.com/DRrSiYdk5Y

@majiinbadu;
not being funny, but I’d kinda like to know what’s the real issue here? she loves him and wants to marry him. how is that bad?

@SWareiMSmooVe;
He covering his mouth because he realized he failed her as a man and let his pregnant woman take the knee because he was shook of commiting first that’s what I see

@LailahMahara;
Nope. Ladies don’t do this! Have some pride and self respect!

@_LOLfuckU;
I think shaming this woman might be a level of slut shaming.
Let women do what they want.

@okoya_;
i’d have that baby upside down before i propose to a nigga

@kammalita;
While holding a BABY bump? Lord please don’t let me ever be down this bad