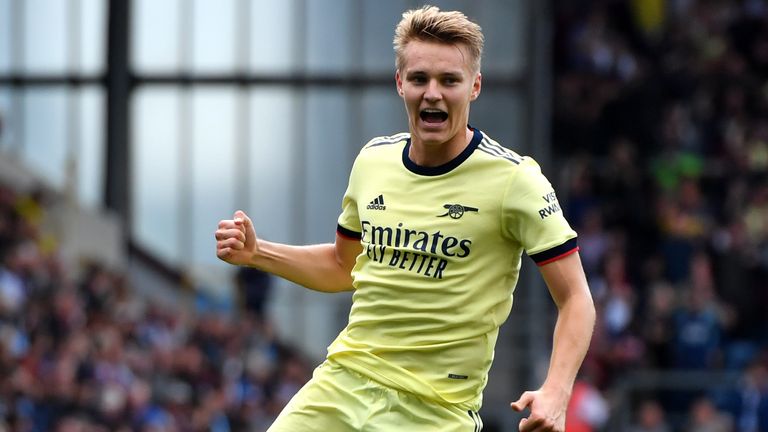 Odegaard scored his second Premier League goal, and his first since joining Arsenal permanently from Real Madrid in the summer, on 30 mins as Mikel Arteta’s side followed last weekend’s maiden victory over Norwich City with another three points.

Burnley fell to a fourth league defeat in five, but were angry not to get at least a point from the game when a controversial VAR intervention saw referee Anthony Taylor overturn his earlier decision to award the Clarets a penalty, after goalkeeper Aaron Ramsdale had tripped substitute Matej Vydra.

Both sides struggled to retain possession and apply concerted pressure on the opposition, until a moment of individual brilliance opened the scoring.

After Bukayo Saka’s dangerous driving run was halted by Westwood on the edge of the box, Martin Odegaard then whipped a stunning free-kick over the Burnley wall and into the top corner of the net past the helpless Nick Pope. 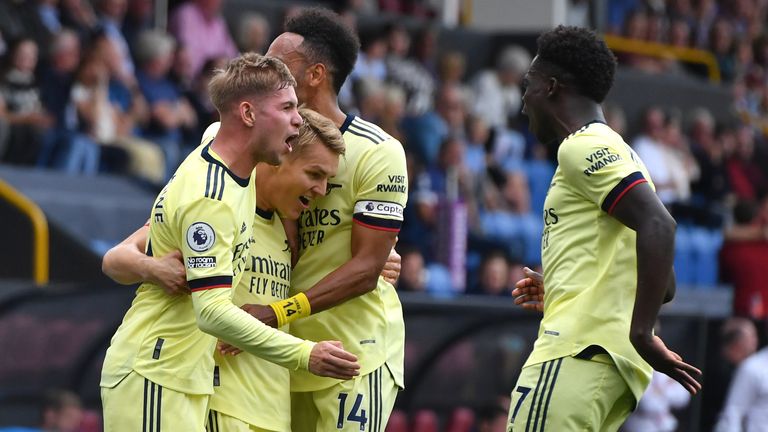 However, some alert defending from Arsenal centre-backs Ben White and Gabriel Magalhaes was needed to prevent Barnes from drawing Burnley level on 39 minutes, but Arsenal finished the half strong and should have doubled their lead when Emile Smith Rowe blazed over from Pepe’s cutback on the stroke of half-time.

Burnley then started to muster a comeback when record signing Maxel Cornet came off the bench, and he needed just two minutes to register an attempt on goal, but he was denied a debut goal by a superb save from Ramsdale. 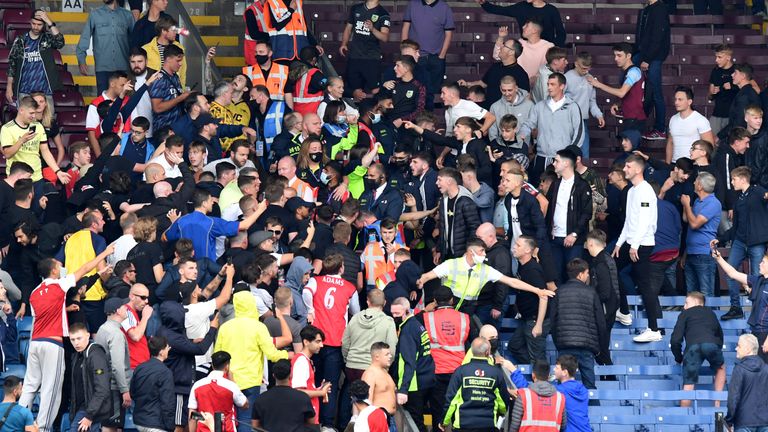 The full-time whistle was greeted with unsavoury scenes between both home and away supporters, who hurled abuse and missiles at each other before heeding instructions from stewards and the stadium announcer, and then dispersing after a 10-minute confrontation.