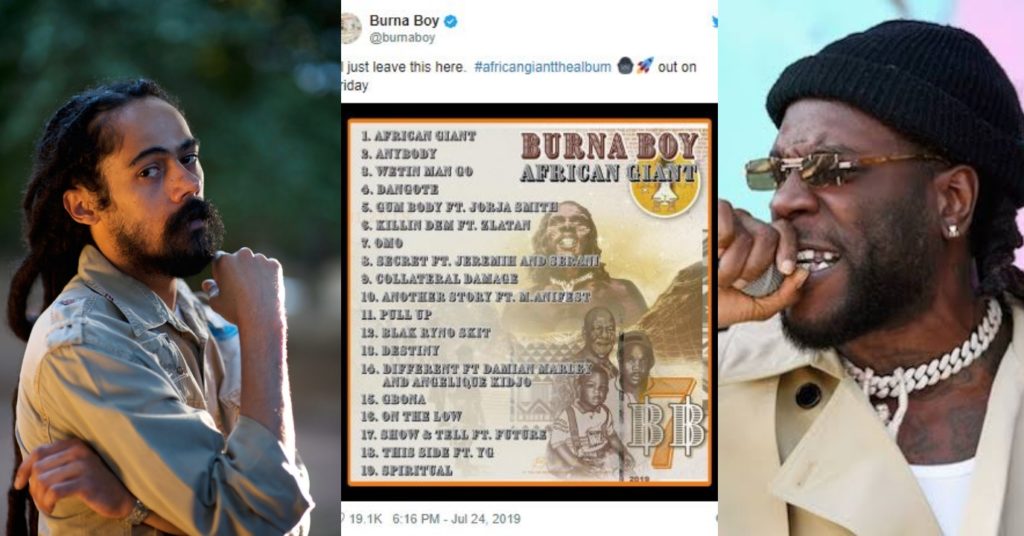 Singer Burna Boy recently shared a post on social media in which he announced that he will soon be releasing an album titled African Giant.

One of the songs in the album is said to feature Damian Marley, a Jamaican reggae artist, who happens to be the son of the popular late Bob Marley. 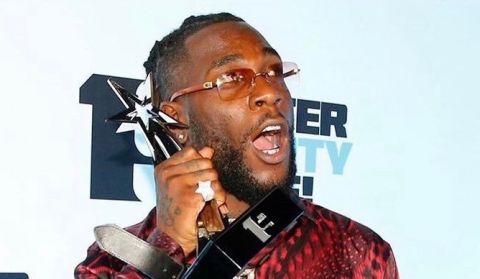 The Nigerian singer also featured Angelique Kidjo in the track.

Upon knowing that 41-year-old Damian Marley and Angelique Kidjo were featured in the album, many Nigerians could not contain their excitement. 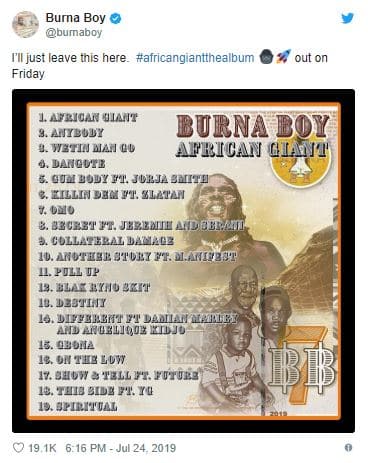 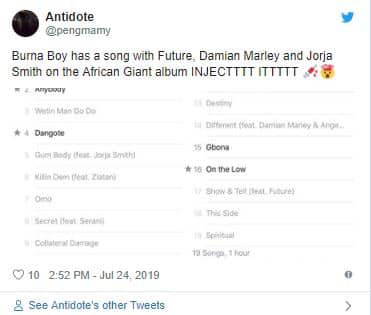 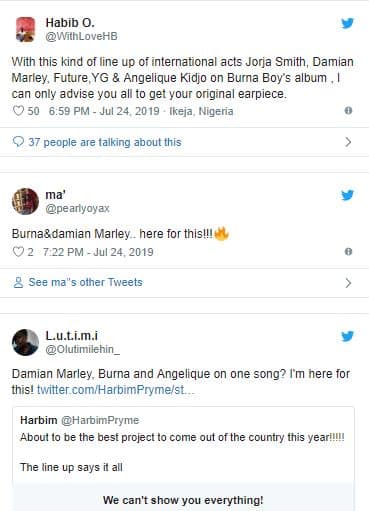 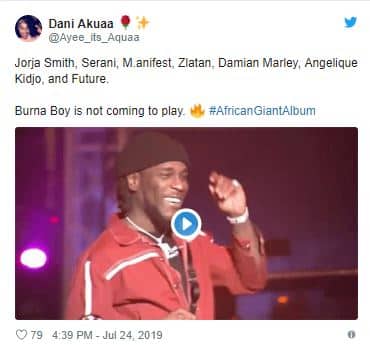