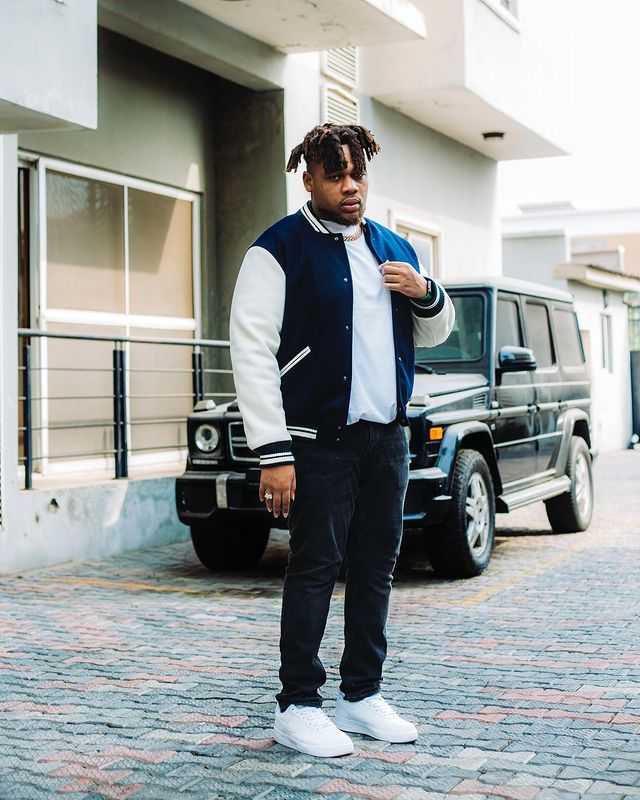 The emerging afro-fusion artist announced the news on his main Twitter profile, noting that his nickname will be pronounced ‘Benson.’

The musician’s name change became imperative after he was misidentified for another Jamaican musician known as Buju Banton, as per his announcement video from Thursday night. 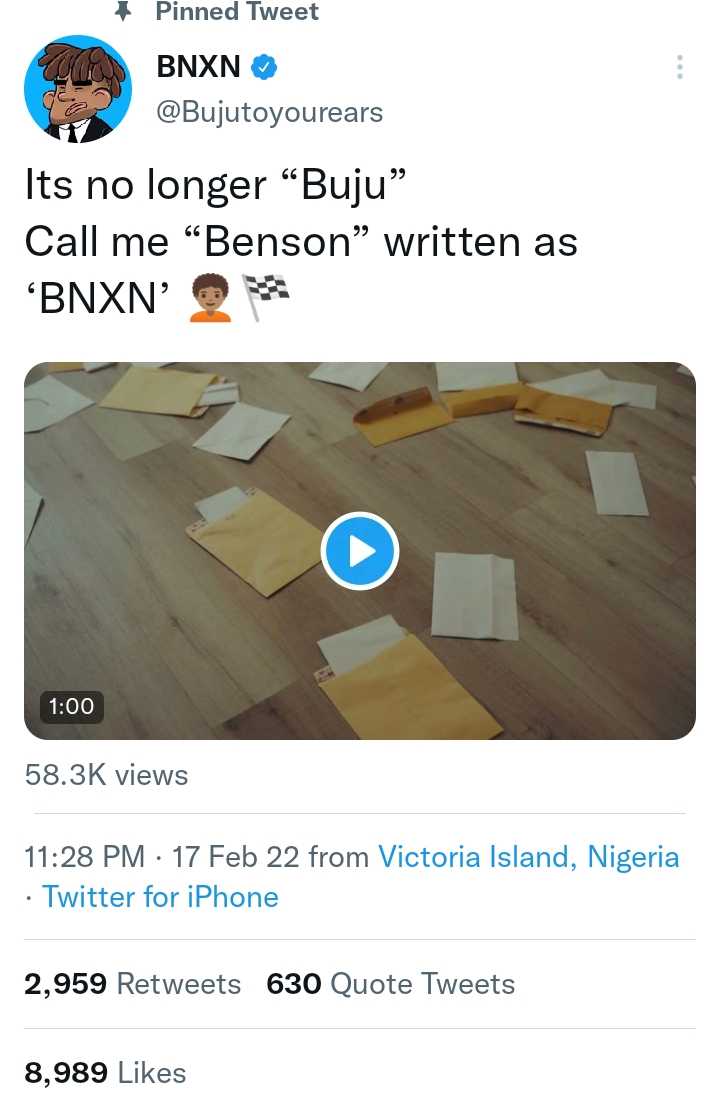 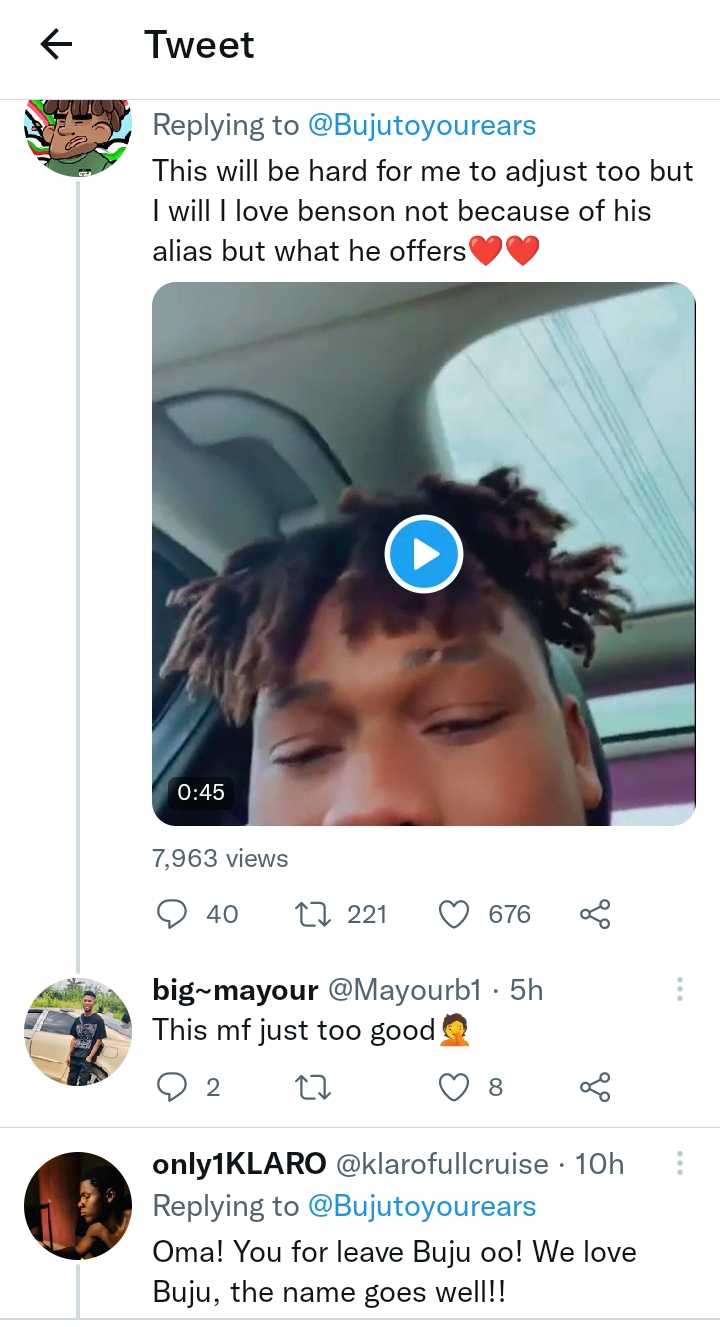 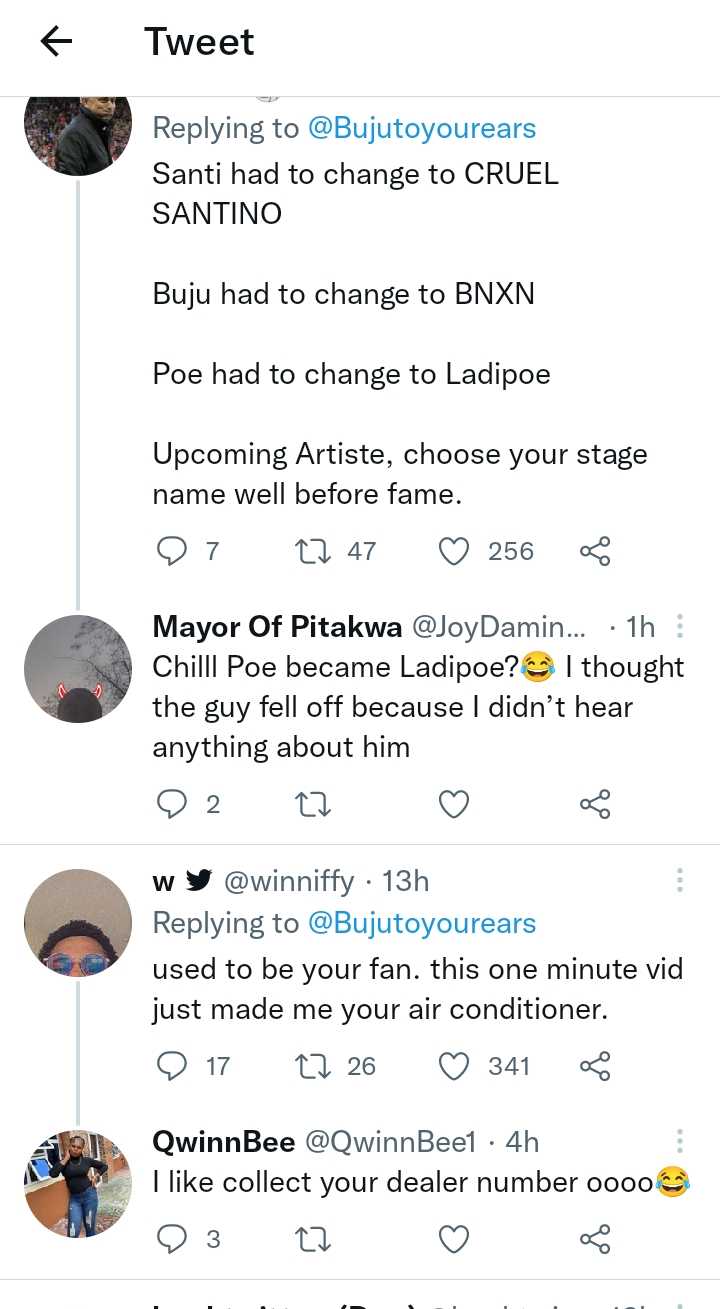 The artists name change seem to have been received well amongst his fans who lauded the new name.

Watch the announcement vide below:

Its no longer “Buju”
Call me “Benson” written as ‘BNXN’ 🧑🏽‍🦱🏁 pic.twitter.com/MTqpZiRWet