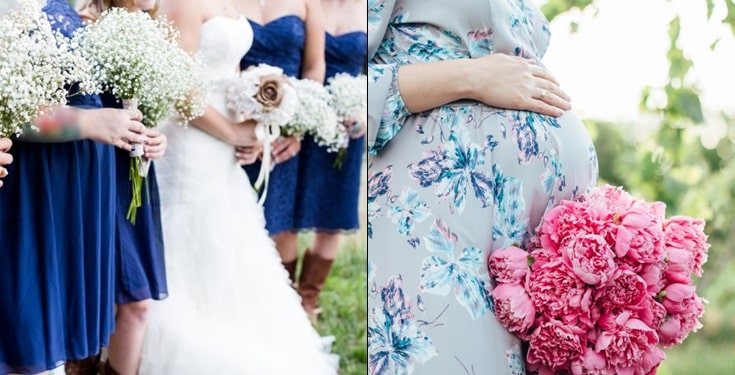 In what could pass as a fairy-tale from a movie, a bride has reportedly asked her bridesmaid to abort baby so the wedding could be run smoothly.

The former bridesmaid then took to a Facebook group to narrate the shocking encounter she had with her friend, a bride-to-be named Kate, and people were horrified by the story.

The woman said her friend was upset that she was pregnant and she told her to have an abortion so that she wouldn’t complicate things at the wedding.

The pregnant bridesmaid said in the post that she was preparing to be a bridesmaid for her friend Kate who was very keen to have a child-free wedding. But things quickly went south when she found out she was pregnant.

So about a year before the wedding, I found out I was pregnant.

I was always told I couldn’t have kids and so obviously my daughter was not planned but I was over the moon. So I told Kate, expecting excitement, right? Nope.

She immediately told me that I was going to be so stressed trying to get my bridesmaid dress fitting on my own since I’d have to do it after everyone already had theirs (I was due in April, wedding was in June).

She reminded me that it was a kid free wedding, and then after thoroughly explaining how difficult her wedding would be for me, she said (verbatim) ‘So don’t you think it might be better for you to have an abortion?’

I asked if she seriously just suggested I get an abortion to make her wedding go more smoothly. She told me I was ruining my life and then called her mom on me to have an aborrtion.

Added bonus, one of her friends that I was friendly-ish with texted me later on to ask if I had aborted because if I had a baby at 21 he could never date me and he really saw a future for us.

The bridesmaid said she didn’t bother attending the wedding and hasn’t spoken to Kate since then.

Below is a screenshot of the message she got from the self-centred bride after she welcomed her baby.

“This is pure evil.”

“How dare your life continue while I plan my wedding!!?!?!?! Unbelievable! Some people.”

“I’m totally pro choice but to ask someone to have an abortion in order to make sure her wedding goes smoothly is really disturbing.”