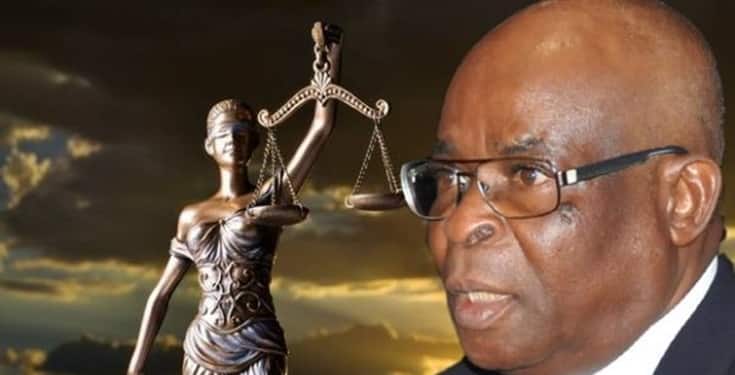 Reading the lead judgment, the tribunal chairman, Danladi Umar, ordered the immediate removal of Onnoghen from office as the CJN.

The Tribunal also stripped him of all offices earlier occupied, such as the Chairman of the National Judicial Council and also the chairmanship of the Federal Judicial Service Commission.

The tribunal also ordered the forfeiture of the money in the five accounts which Onnoghen allegedly failed to declare to the Federal Government.

Asked if he had anything to say, Justice onnoghen responded in the negative.

Continuing, the chairman of CCT said the tribunal hereby rules that:

“1. The defendant is hereby removed as the Chief Justice of Nigeria and also as the Chairman of the National Judicial Council.

“2. That the defendant has also been banned from holding any public office in Nigeria for the next 10 years.

“3. That all monies in the five accounts which were not declared by the defendant be confiscated, seized and forfeited to the federal government as they were all acquired illegally by the defendant.”