Home Entertainment News “Both of you are mad” – Between Toke Makinwa and a troll...

Popular screen diva, Toke Makinwa slams a troll who shamed her of being who she is today because of her ex-husband, Maje Ayida. 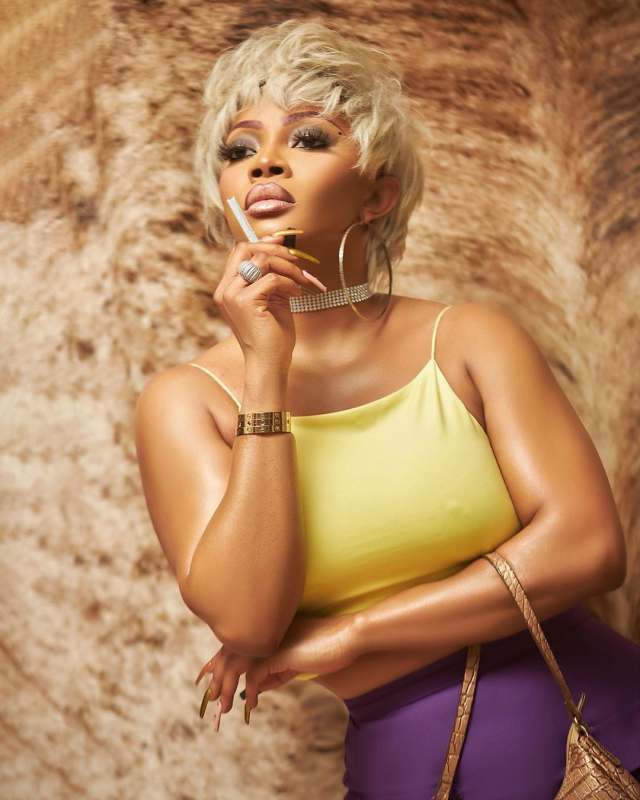 The businesswoman had taken to Instagram to share a video of herself with the voice of superstar international singer, Nicki Minaj, in the background clarifying her height.

The video which was seen as adorable by her fans was met with criticism from a troll who slammed the OAP for talking too much and affirming that the glory she enjoys today was because of her ex-husband who they divorced in 2017.

Toke Makinwa who did not let the comment slip by reacted by referring to both her ex and the troll as mad people. 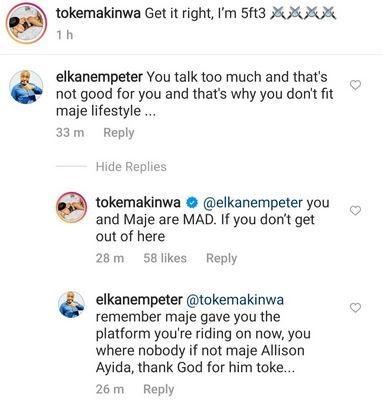 I am a wealthy gold digger, I pity no one – Tonto Dikeh

“I had a strong resentment to you first week after I gave birth” – Khafi to husband, Gedoni (Video)

Video of Janemena having a romantic time with sugar daddy surfaces