Bobrisky’s former PA, Oye Kyme has shared the messages she received from Mompha after she claimed he’s in a romantic relationship with Bobrisky.

Recall, hours ago, Oye Kyme alleged that Bobrisky was into a romantic relationship with Mompha. 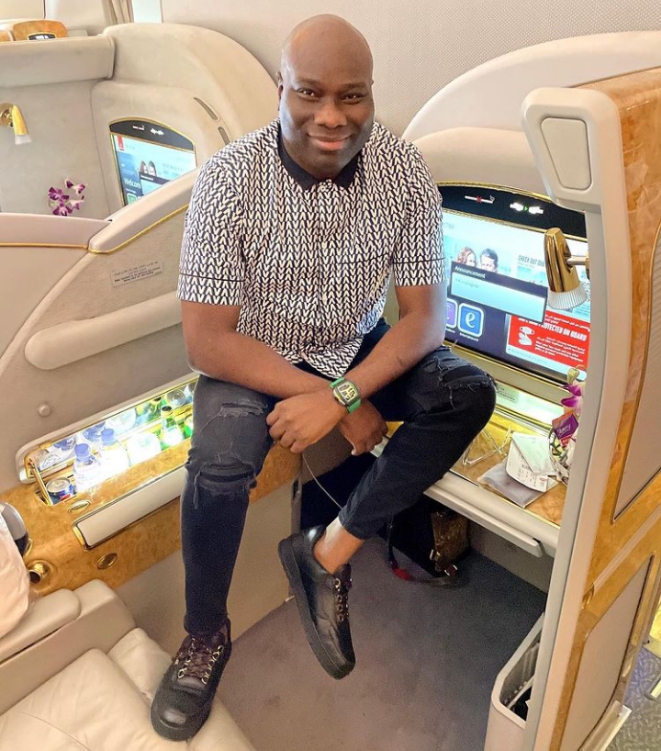 The Ivorian lady disclosed this via her Instagram story, where she spoke about Bob, and shared more details about the crossdresser.

She alleged that Bobrisky was dating Mompha and Bobrisky also confirmed it with his own mouth while they were still working together.

She disclosed this while responding to a fan who asked if Bobrisky was actually f*cking Mompha.

Apparently, Mompha saw the news on social media and sent her messages, warning her to debunk her statement, if not she would face the wrath of the law. 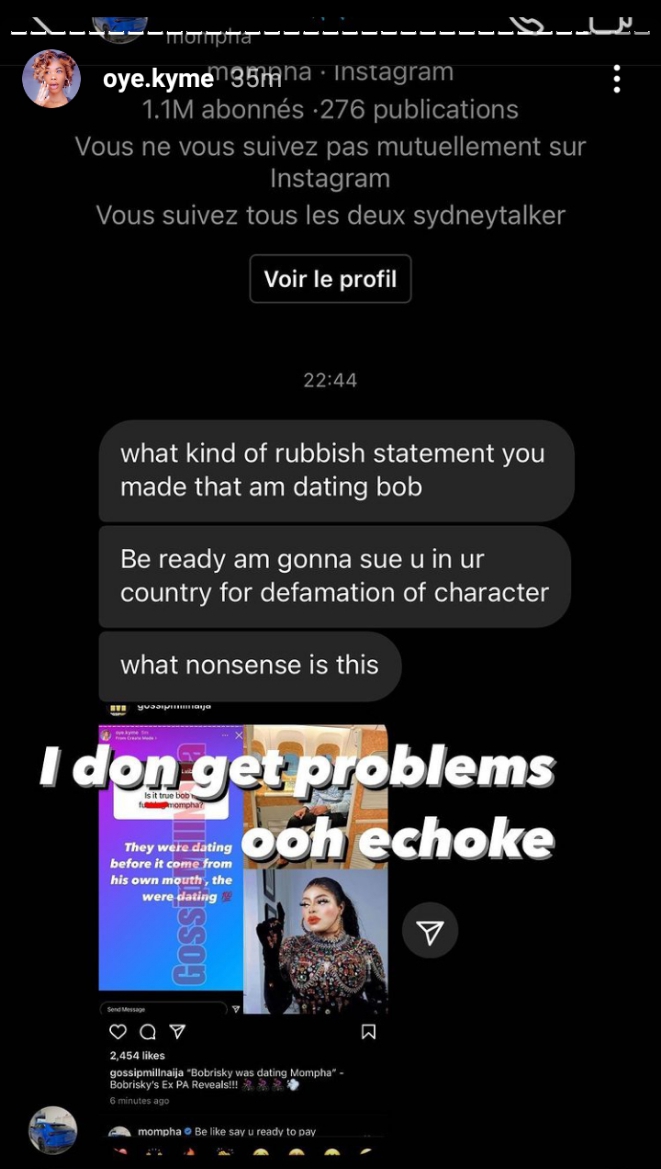 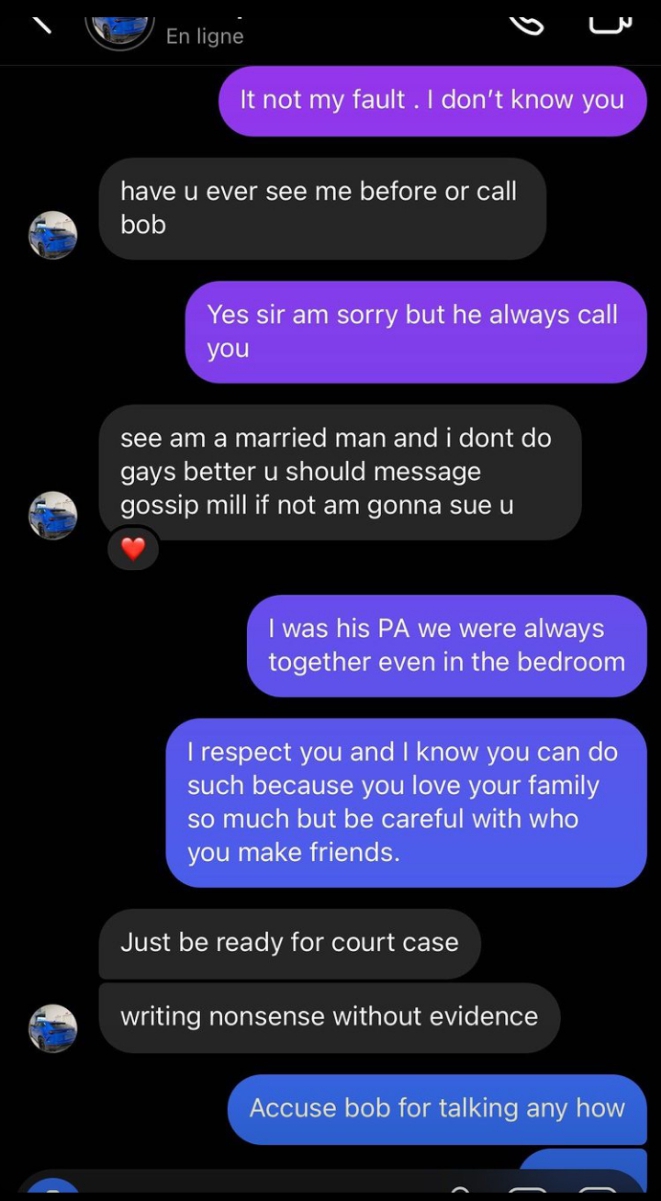