Popular crossdresser, Idris Okuneye aka Bobrisky has sent social media buzzing after he dressed like a man to his father’s birthday party.

The self acclaimed male barbie who announced his father’s birthday via his Instagram page, was spotted in a video showing off dance moves at his dad’s birthday party. 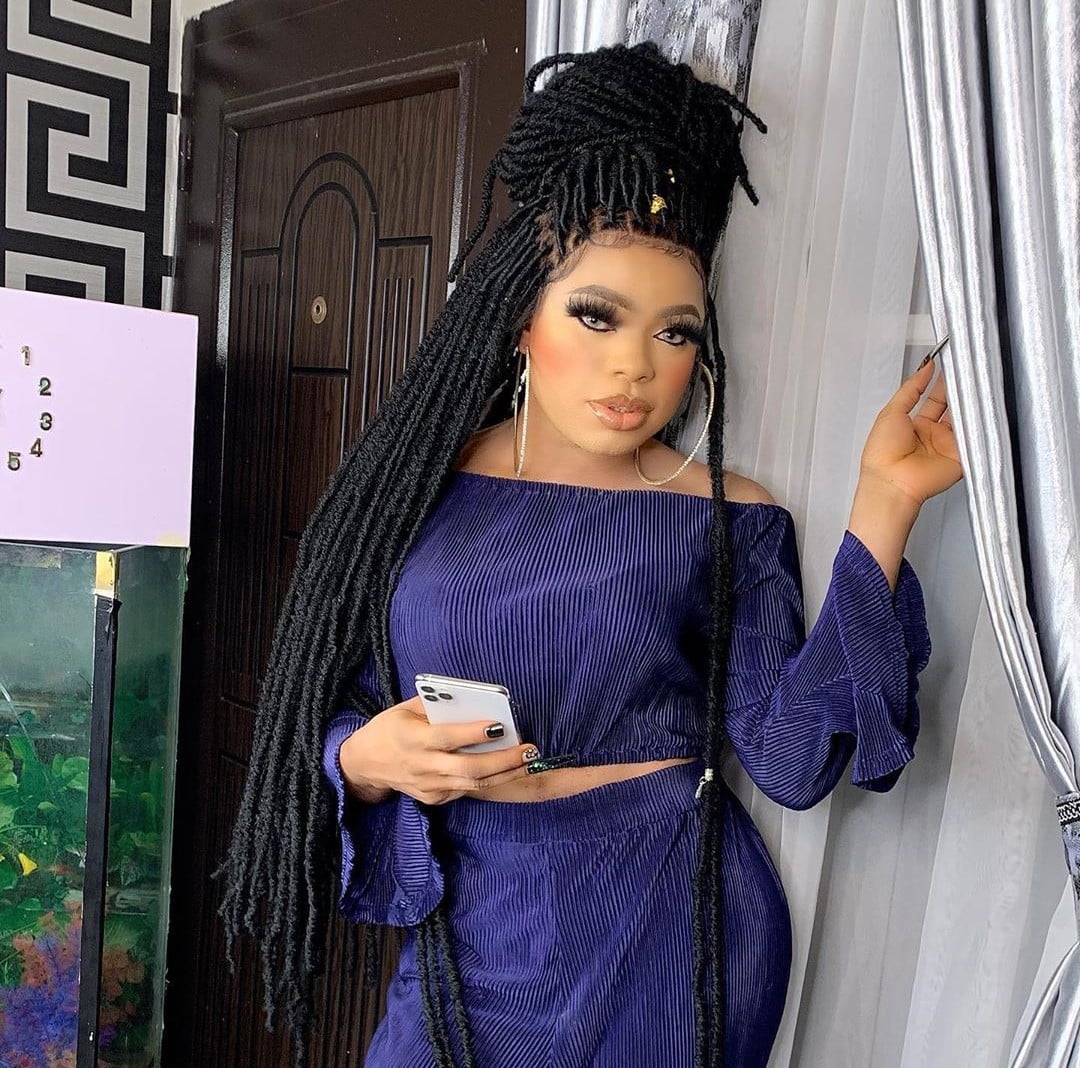 In the video, the cross dresser could be seen rocking a face cap and a black polo and this has stirred reactions on social media.

While some Nigerians praised Bobrisky for respecting his father enough to dress like a man to his party, others slammed him for not being brave enough to accept himself.