Bobrisky has reacted to Mompha’s arrest which was confirmed earlier today by the Economic and Financial Crimes Commission (EFCC).

Recall the anti-graft agency said in its statement that the Dubai-based Nigerian man was arrested over his alleged involvement in internet related fraud and money laundering.

Reacting to news of his arrest, Bobrisky expressed hope of Mompha surviving his current challenge which he described as a ‘tough time’.

The crossdresser also disclosed that he finds it quite hard to believe all that has been written about the arrested Dubai-based Nigerian man.

He wrote; “I still find it to believe wat I read about you. I still spoke to you few days ago @mompha but it’s fine. Dis shall pass soon. May God see you through dis tough time because you have an amazing heart” 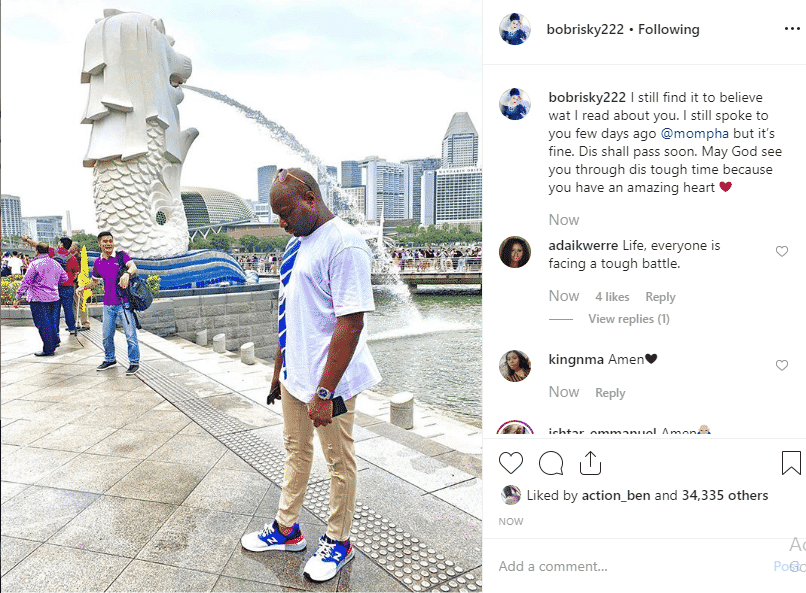 ‘I thought I was dealing with a woman’ – Man who assaulted Bobrisky after bashing his car, speaks