Crossdresser, Bobrisky has been accused of claiming another man’s house after his most anticipated housewarming party failed to see the light of the day. 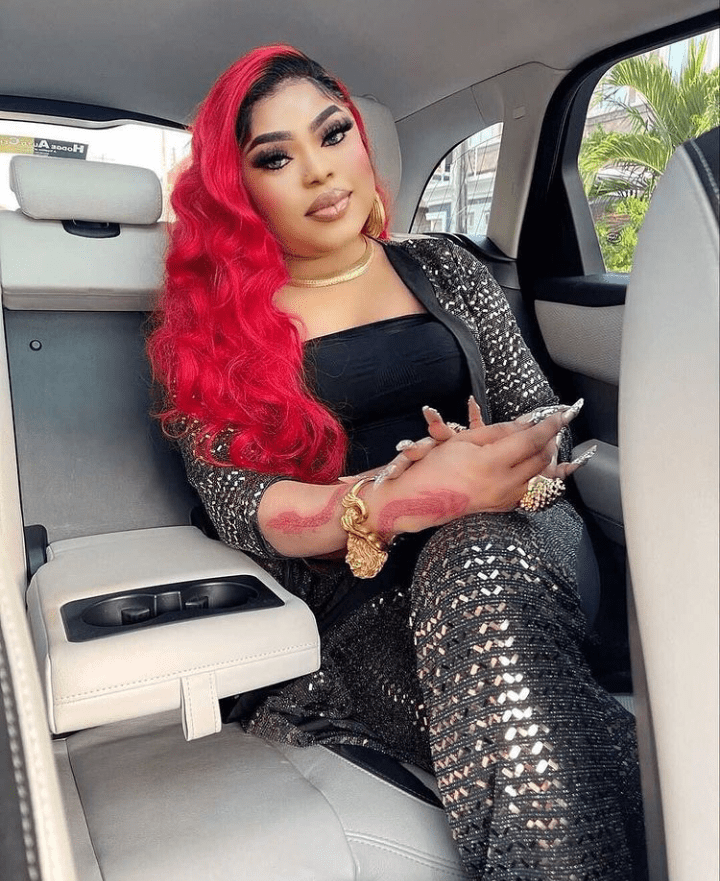 According to Gistlovers, while likening the act to what the relationship blogger, Blessing Okoro did, revealed that the house Bobrisky flaunted, belongs to the friend of the Delta State politician Kelvin Olu, popularly known as Ktsele

The controversial blogger further dared them to throw any lavish housewarming party and anticipate an EFCC raid.

This comes after Bobrisky announced that his housewarming party which is supposed to take place on 29th January wouldn’t hold any longer because someone stole his Asoebi outfit by printing them in large quantities.

The housewarming party was postponed to a later date which will be communicated to people in future pending the development of another Asoebi design.

Gistlovers capitalizing on the above wrote extensively:

“Dear Idris ……. you wan use Blessing Onye Eze pattern ?‍♀️?‍♀️?‍♀️?‍♀️?‍♀️ that one just Dey bark all these while???as her matter don cast, she promised to bring down ig on 25th of December , we nor see anything, baby daddy Shenck am???
it’s on nstagram wey you go see people wey Dey pay house rent Dey do house warming ?????? The 400 million house Na ktsele friend get am, that one Dey hide for Efcc, make all of una do werey for their if una yansh no go open make Efcc come after am, if una know wetin food for una just use that cloth wey you sell to people for house warming, do another baiday ooo(Birthday) if not if una do any fake house warming to tension people Na Ogun go kee una,LIVE YOUR TRUTH, STOP OPPRESSING AND MISLEADING THE NEW GENERATION, pay your rent in peace no Dey do Audio house warming and most importantly remember to pay all your debt and try Dey give Baba otun ( your dad)enough money make him take enjoy him old age . Dear King ans Queens, you are doing well, you be Boss, no let anybody pressure your life, I come in peace” 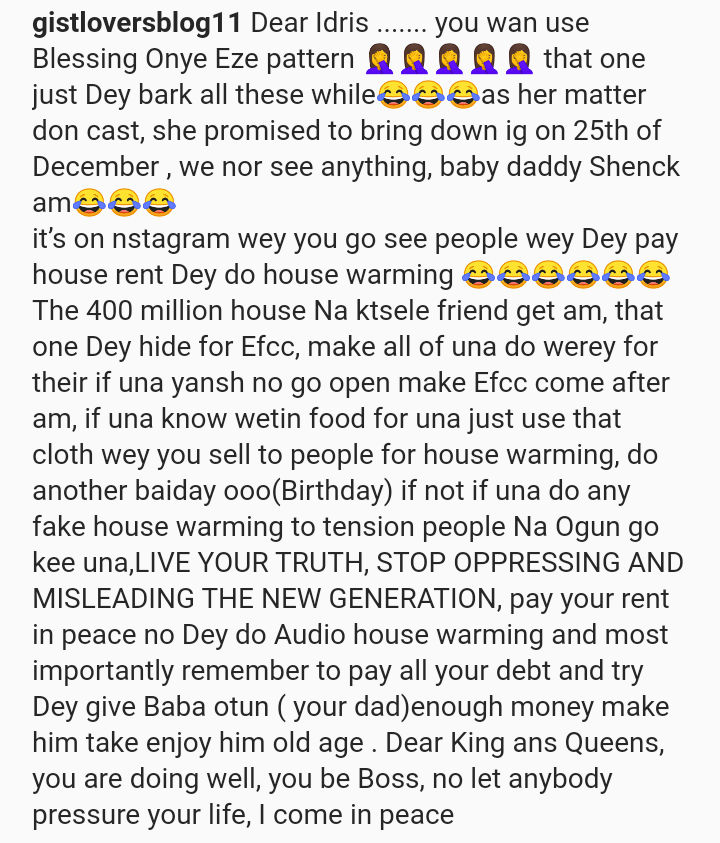 “You mess with the wrong lady, you get what you deserve” – Tonto Dikeh...