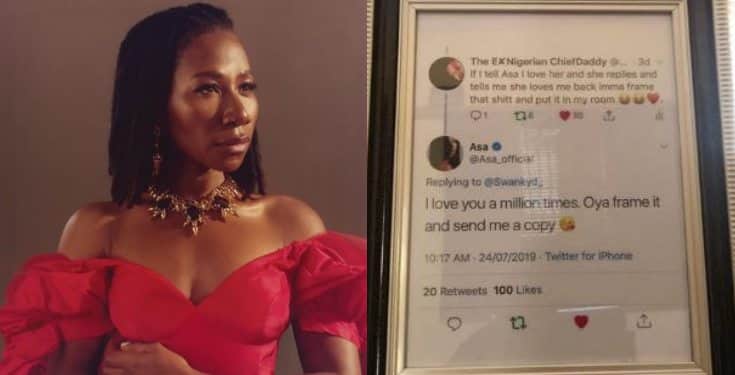 Singer Asa has received a lovely gift from a fan of hers who made a promised which he said would only be fulfilled if she did something for him.

His dream came through as seen in the picture below. 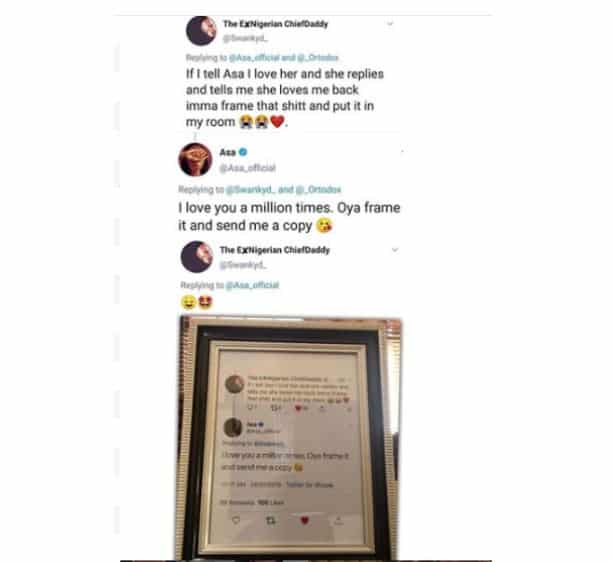 In a recent interview with, Schick Magazine, Asa has opened up about her love and dating life.

ALSO READ:   Tonto Dikeh responds as followers ask why she didn't show her son's nanny's face while wishing her a happy birthday

Opening up about her love life, she said; ”It’s either guys think they aren’t in your league or you have 150 sailors waiting at every port to swoon at your feet! Either way, it can be quite lonely and difficult to find someone who doesn’t mind taking the back seat to see you grow and wilfully take you for all you are.”