Home Editorials Best Things to Do in Nigeria

Nigeria is best known to the world as the most populous black nation on the planet and home to its second-largest film industry. However, what most outsiders do not know is that tourism in Nigeria is slowly on the rise. 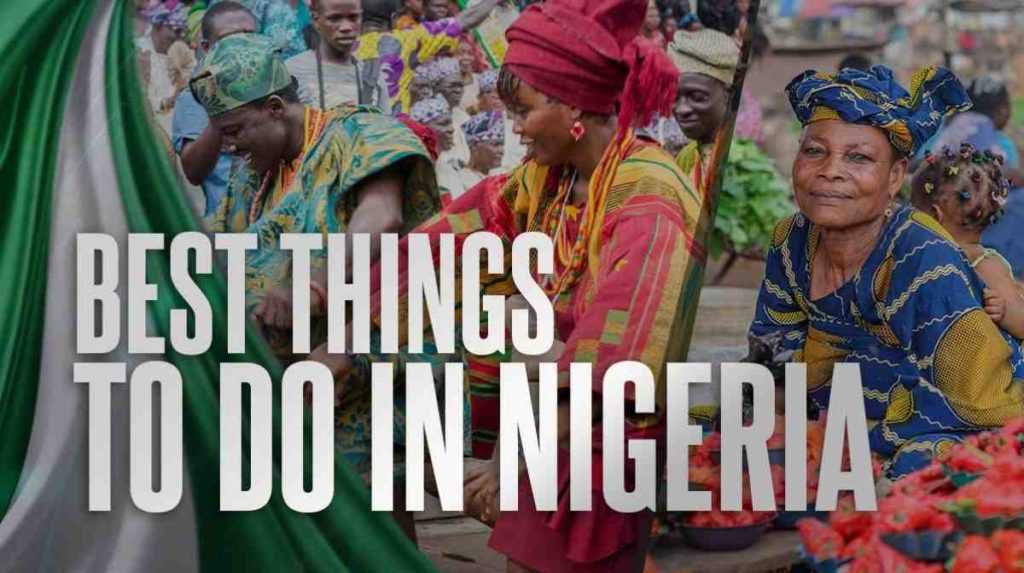 According to government resources, it contributes $1.5 billion to the country’s economy, the most massive one in Africa. Overall, this is a minuscule amount that only represents 0.3% of Nigeria’s total GDP. Still, tourism contribution is growing year on year, which is super encouraging. Evidence for that is the fact this sector contributed only $1.08 billion in 2016. Thus, interest in foreigners visiting Naija has been continuously growing in the past decade, as more people discover the wonders it holds via the magic of the internet.

Those that have zero knowledge of Nigeria and its people need to know that, despite some Western propaganda, the country is relatively safe. Nigerians essentially are highly positive people whose energy is contagious, and most of them speak fluent English. So, Westerns should have no problems navigating the country. They should remember that Nigeria is generally a hot territory, with temperatures in cities like Maiduguri reaching as high as 48 degrees Celsius. So, packing sun lotion is a must.

In general, there are no hulking hurdles that should stop anyone from visiting West Africa’s most diverse country and taking in its vibrant culture. Those that plan on doing so should mark the following things to do on their trip.

Lagos is one of the busiest seaports on the Dark Continent, boasting a skyline that mixes ultramodern buildings and ones constructed in an older colonial European manner. Amongst these is the tallest building in West Africa, the NECOM tower, which is 160 meters high. Lagos is home to many impressive sights. The Makoko Floating Village is one that no one should pass up an opportunity to see, a unique inner-city slum nicknamed the Venice of Africa. Lagos city also has a bustling nightlife, featuring dozens of quality nightclubs and one of the most noteworthy casinos in Africa, the Federal Palace. The latter’s location is in Victoria Island. Aside from its gaming floor, where patrons can enjoy some roulette spins and blackjack action, the Federal Palace offers luxurious lodging.

Found on the banks of the Osun River, on the outskirts of Osogbo City, this sacred grove became a UNESCO World Heritage Site in 2015. It is several centuries old, and its dense tree landscape comprises one of the last remnants of the primary high forest region in southern Nigeria. The grove is the home of Osun, the goddess of fertility, one of the Yoruba gods. Only a century ago, there were many sacred groves in what used to be called Yorubaland. Yet, most of these have now gotten abandoned. Hence, the Osun one should not get missed while it is still in decent condition.

Bauchi State is a section of North-East Nigeria, and the Yankari National Park is a sizable piece of land in its south-central part. It originally got established as a game reserve in 1956 but got repurposed as a national park in 1991. Today, it is one of West Africa’s most popular eco-destinations, welcoming thousands of visitors per year who flock to enjoy its natural warm water springs and take in the varied flora and fauna on display here.

Everyone that has researched Nigeria knows that its Northern region is mainly Muslim and its south one Christian. The north has seven Muslim Emirs, with one Emirs’ seat being in Zaria in Kaduna state. Interestingly, the community there features a sizeable Christian population. Over the decades, Zaria’s Christian residents have designed hidden places of worship in a rocky area locals refer to as Prayer Mountain Hanwa. It is an obscure and unusual spot that emanates a surreal feel.

Nature fanatics that love unusual locations should get wowed by the one in Ado-Awaye, a small town in Oyo state. It is a suspended lake, one of only two on Earth. Those visiting Lagos can take a three-and-a-half-hour drive through Abeokuta to Ado-Awaye, taking in many lush greens Nigeria has to offer along the way. They will have to follow up this drive with a three-hour hike to reach the mysterious lake, a miracle of Mother Nature.  On Sundays, members of the local community visit the hill on which the lake rests and play religious music.

Shelly Schiff has been working in the gambling industry since 2009, mainly on the digital side of things, employed by OUSC. However, over her eleven-year career, Shelly has provided content for many other top interactive gaming websites. She knows all there is to know about slots and has in-depth knowledge of the most popular table games. Her golden retriever Garry occupies most of her leisure time. Though, when she can, she loves reading Jim Thompson-like crime novels.

Onitsha, Ibadan in celebration mood as 94 receive cars, other items from Glo