Home Entertainment News Being married for 30 years doesn’t make you a marriage expert –... 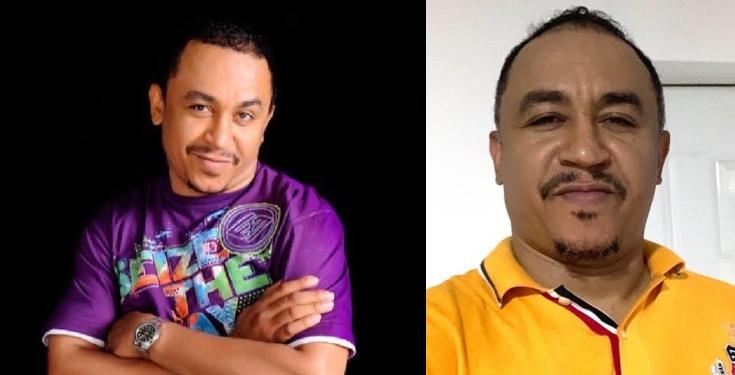 Controversial OAP, Daddy Freeze has said that the length of a person’s marriage doesn’t make them experts on issues of marriage. 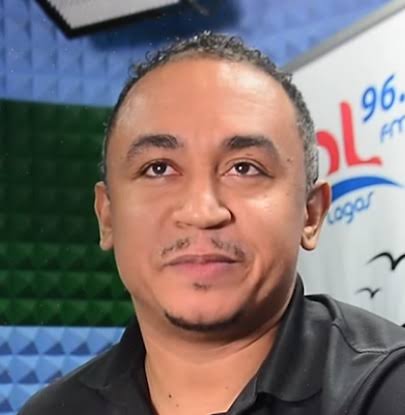 He made this statement shortly after he was tackled for disagreeing with Bishop Oyedepo who said the only way to a successful marriage is for the wife to submit to the husband. Freeze pointed out that submission goes both ways and a woman cannot submit to an irresponsible man.

Some people reacted by telling Freeze that Oyedepo has been married for decades whereas Freeze’s first marriage ended in a divorce.

Freeze reacted by stating that “the fact that you have been married for 30 years doesn’t necessarily make you an expert on marriage.”

He added: “A prisoner in prison for 30 years is still not an expert on the penitentiary system.”

He stated that being single or divorced also doesn’t disqualify people from giving marital advice. 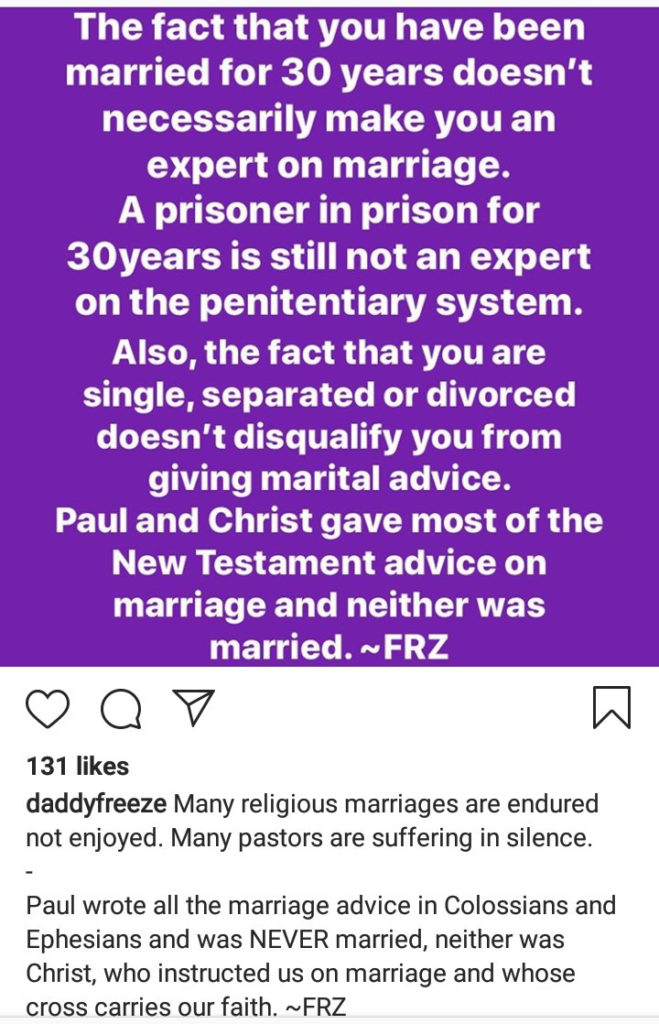