Home Entertainment News “Be careful out there” – Davido calls attention of Lagosians to rising...

DMW Records boss, Davido Adeleke calls out the attention of both residents and visitors of Lekki, Lagos Island over the rampant kidnapping cases in the region. 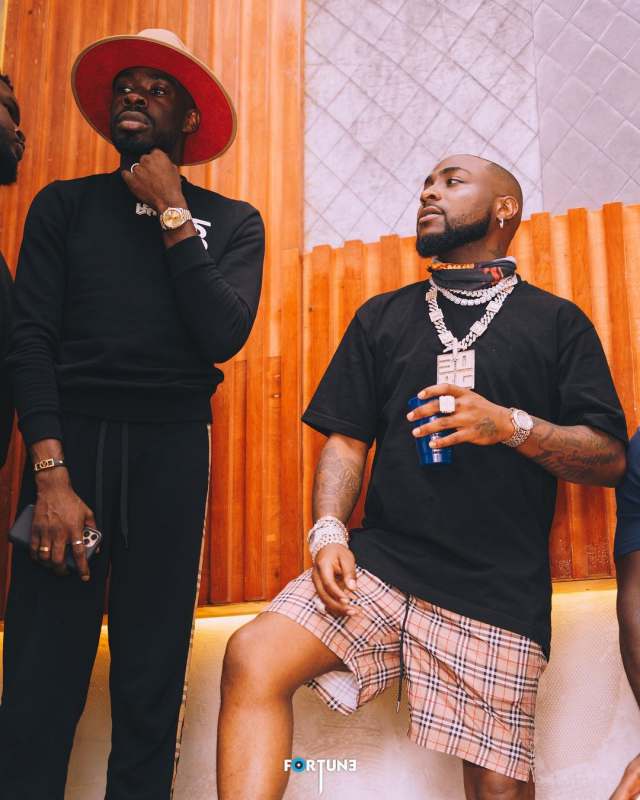 The singer who recently celebrated the birthday of his six-year-old daughter took to Instagram to report a kidnapping case around the axis.

According to Davido, unknown gunmen operate around some parts of Lekki that target individuals as early as 8 pm in the evening.

“Breaking: Kidnappers on the prowl on Admiralty way, Lekki, Lagos State. Reports indicate several persons abducted at about 8 pm yesterday night by gunmen. There have been growing cases of abduction along Ozumba Mbadiwe, Falom and Admiralty way in recent time.” 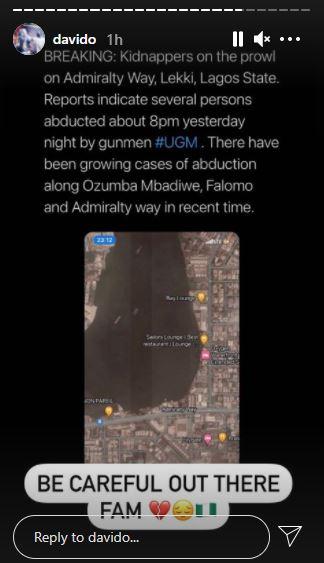