Reality Star, Victoria ‘Vee’ Adeyele has inked that tattoo of an ancient queen of Egypt, Nefertiti, on her arm as a symbol of strength. 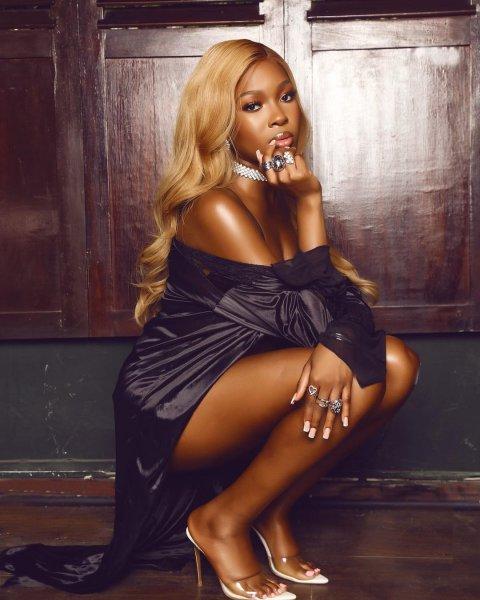 Vee could not wait to show off her new ink took to Instastory to share photos of the freshly done second tattoo carrying the face of Queen Nefertiti.

The ancient Queen’s name according to new age translation means “a beautiful woman has come.”

Sharing the photo, the singer wrote, “in love.” 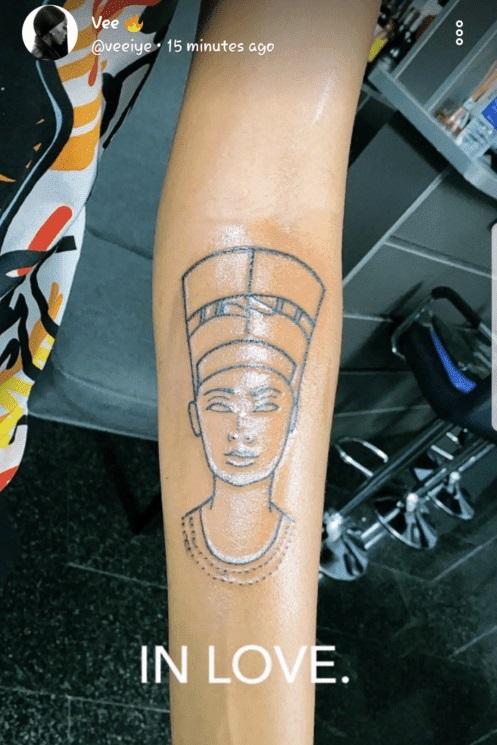 It would be recalled that Vee got her first tattoo last year around her hand that reads, “Child of Grace.”

Nefertiti was a queen of Egypt and wife of King Akhenaton who played a prominent role in the cult of the sun god known as the Aton.