Former Big Brother Naija housemate and part time stripper, Tuoyo has signed an endorsement deal with Opera News. He joins Avala, Sir Dee, Isilomo and others in creating awareness for the brand. 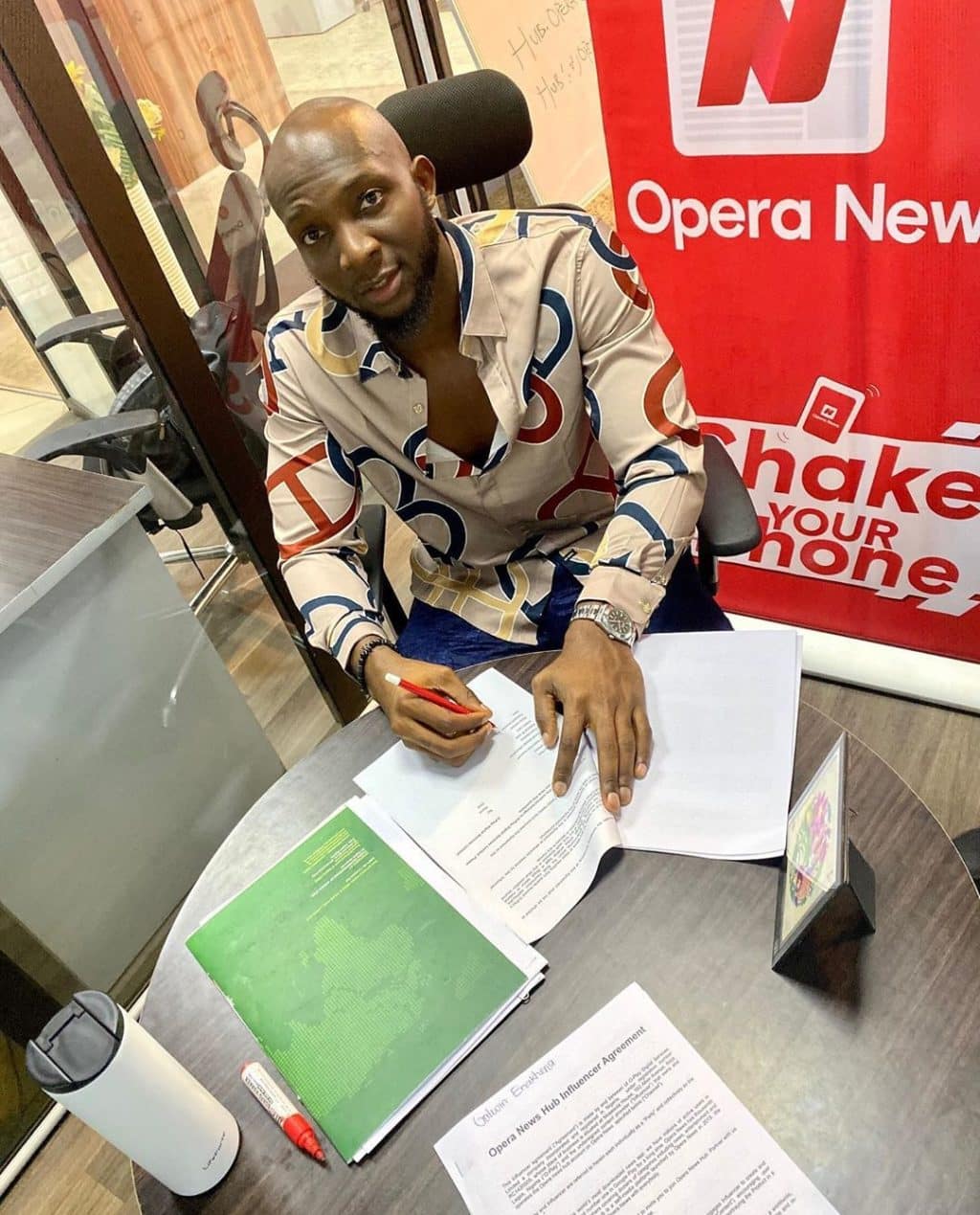 “First of all please help me to tag Mr abi Mrs Gods time is the best @mhiza_s ?? I just got signed to the opera news hub team. I’m so happy about this new deal which is a platform to create, share and earn. Thanks @opera
#operanewshubinfluencer”

Apparently, the fitness enthusiast finally listened to the advice of internet trolls. Recall that the housemate who earlier shared a video of him flexing his muscles received a backlash from some of his followers, who felt he was wasting his time by returning to his fitness routine, while his mates were bagging series of deals.