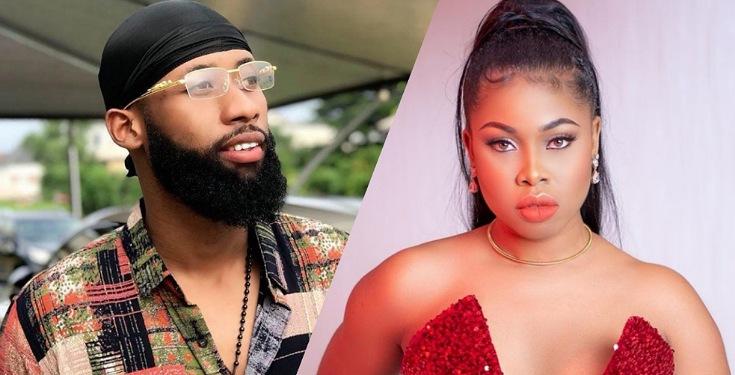 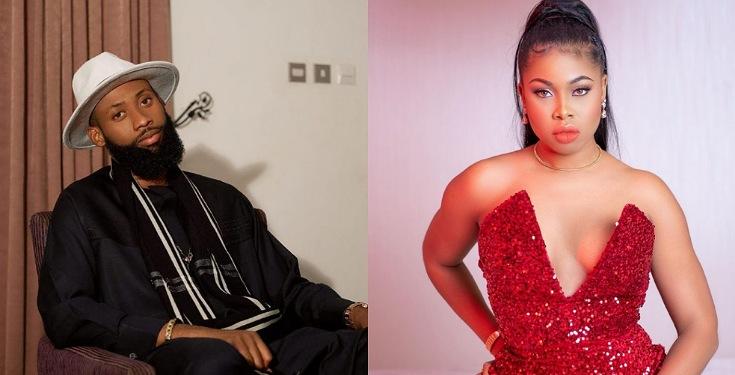 Recall that days ago, both BBNaija stars sparked dating rumours after a video captured them having fun as they snuggled and also smoked together.

Tochi had also taken to his official Instagram page and posted a GIF photo of himself and Princess lying down closely to each other during a hangout. Watch video HERE. 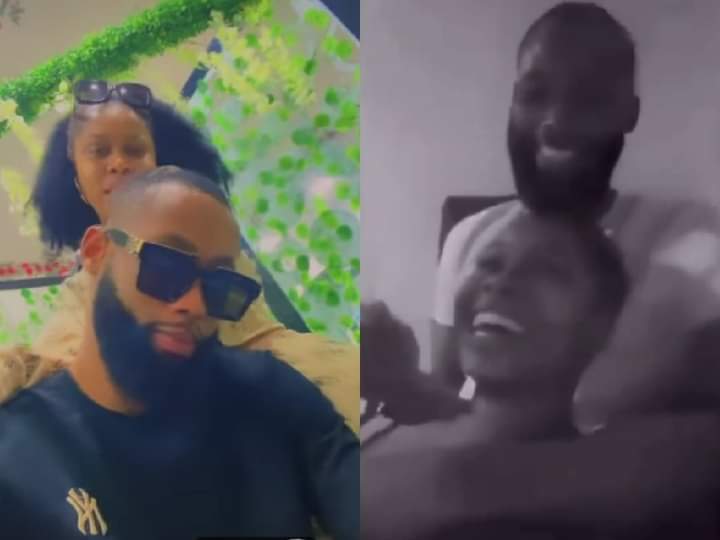 However, the heavily bearded reality star has now reacted to the ongoing rumours after an inquisitive fan asked him during a question and answer session on Instagram about his relationship status with Princess. 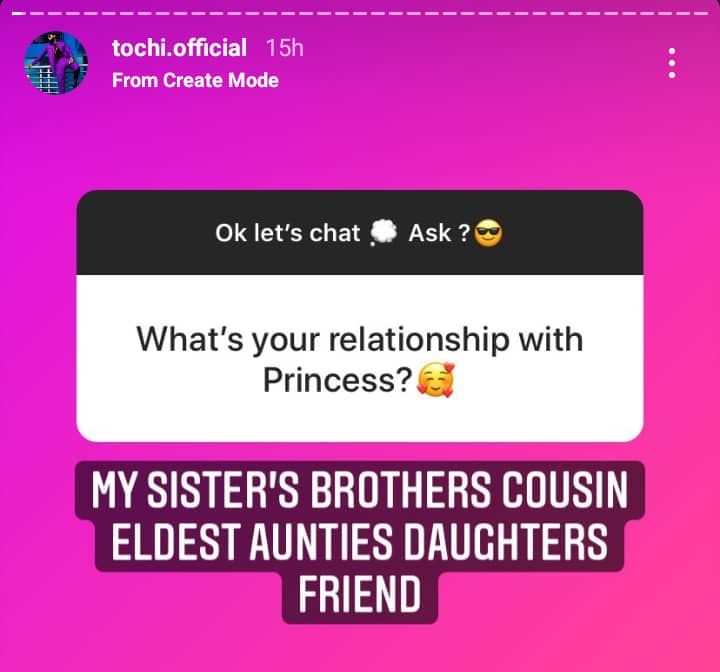 Another follower asked, “what’s happening between you and Princess?”, “we are shooting a music video” he sarcastically replied. 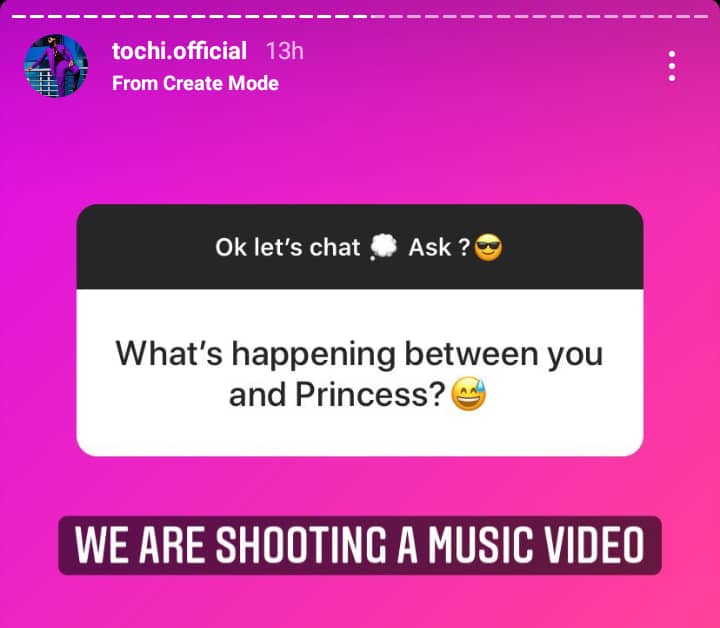