Home Entertainment News BBNaija’s Lucy blows hot, offers N100K to anyone with proof of when... 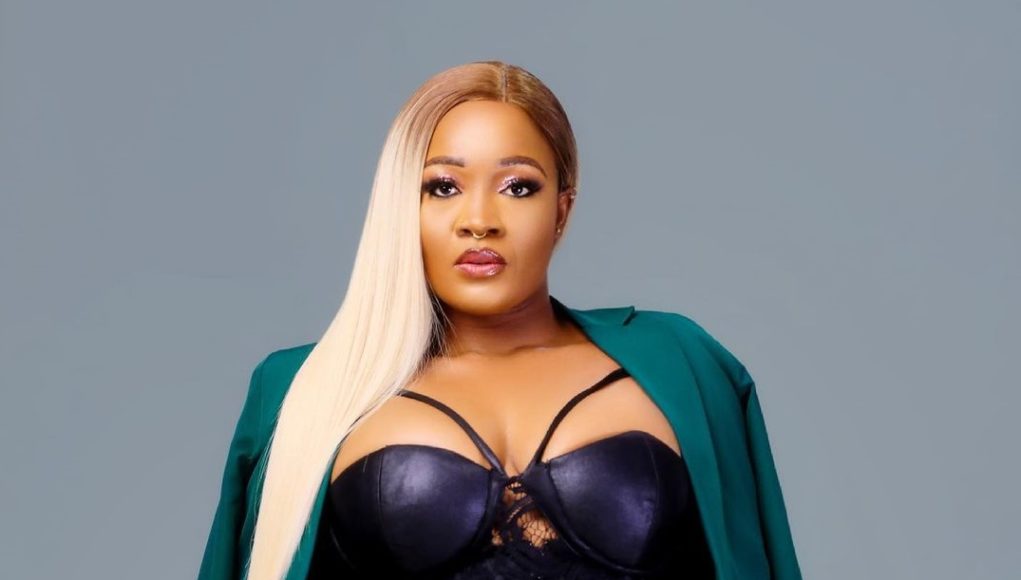 Popular reality star, Lucy Edet loses her cool after being called out multiple times over her choice of dressing that she once condemned Nengi for. 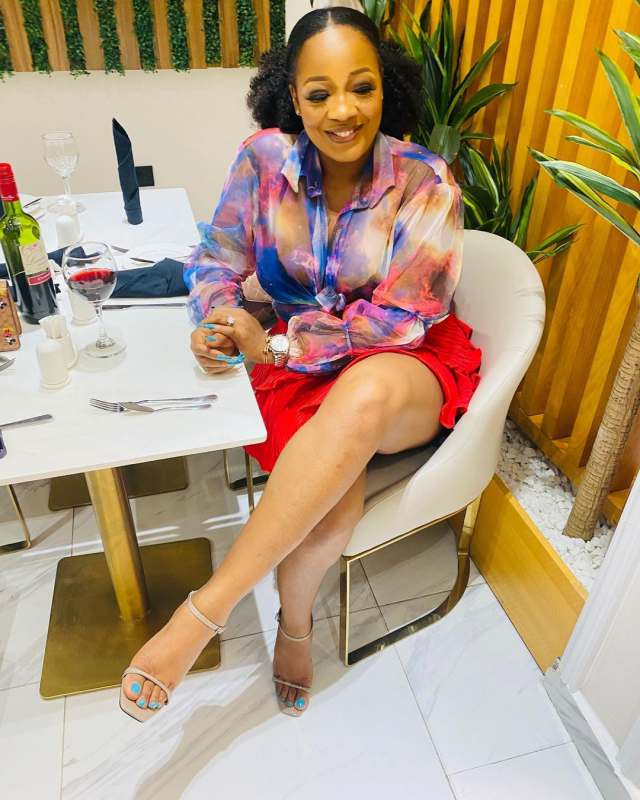 The entrepreneur took to her Insta story to share a snapshot of a troll slamming her for wearing the type of outfits she once condemned on a fellow reality star, Nengi, during the 2019 BBNaija reality show.

According to Lucy, she was ready to give the sum of N100K to anyone who comes out with the footage of where she rubbished the choice of wearing revealing outfits. 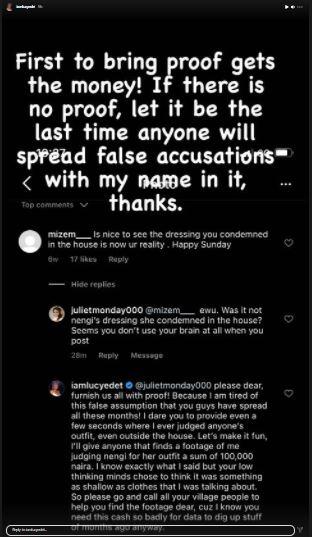 Hours later, Lucy took to her Insta Story again to take back her words on giving out the N100K prize money as she revealed that the so-called evidence people have on her was during a fight she had with Nengi in the house and all she said was in the heat of the fight. 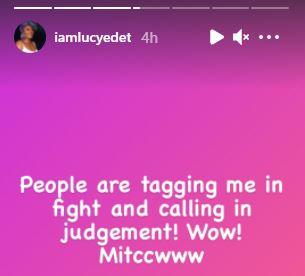 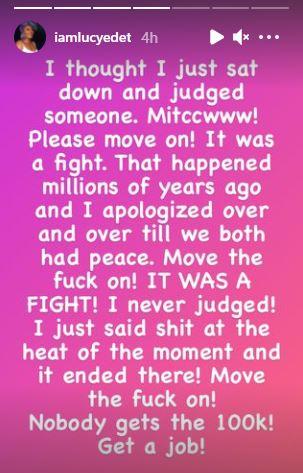 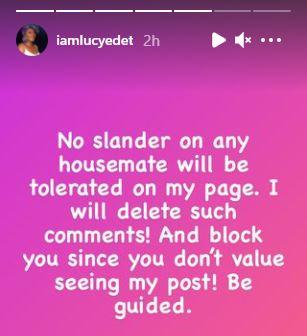