BBNaija season 5 evicted housemate, Lucy has apologized for saying that Erica wouldn’t have stood a chance if Nengi wanted Kiddwaya. 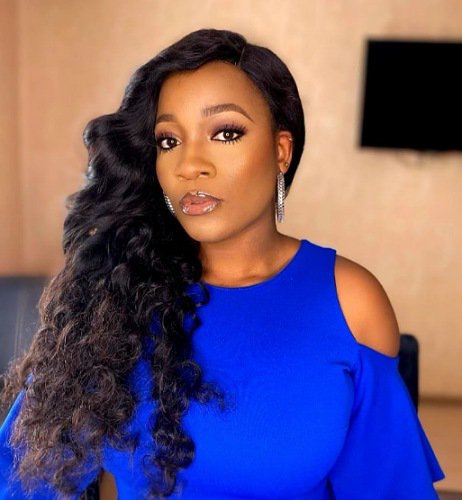 Recall that in an interview which Lucy granted immediately after her eviction, she stated that Erica’s outburst that led to her disqualification from the reality show started when she saw Nengi getting too close to Kiddwaya at the Saturday night party. 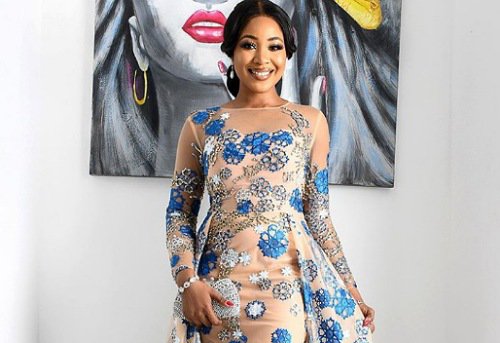 According to her, she believes that was the reason behind Erica’s anger but she had to transfer aggression on Laycon and Prince.

When asked if she thinks Nengi was a threat to Erica, Lucy said, “Have you seen Nengi?” 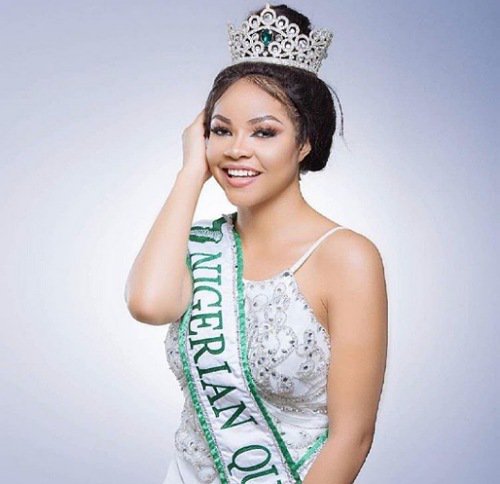 She then said that if Nengi had wanted Kiddwaya, Erica wouldn’t have stood a chance.

Just yesterday, Kiddwaya revealed he has no romantic interest in Nengi and Twitter users took to the platform to call Lucy out. 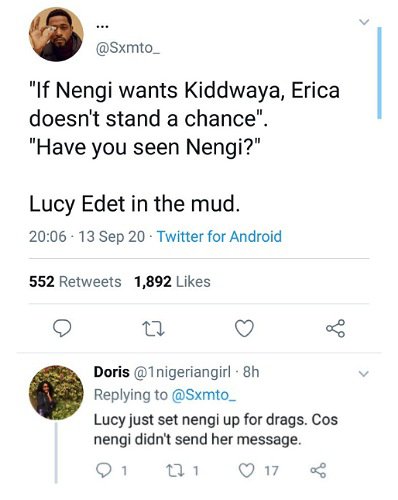 Well…she has now apologized. She tweeted: “I hate being wrong, I was wrong and I apologise. To all the individuals that took offence, I’m sorry, but for those who still wanna drag, I’m your bag of rice dear…” 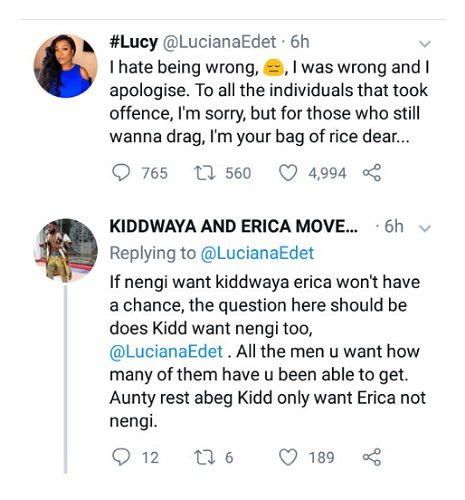 More news from BBNaija: Yesterday, Prince and Kiddwaya got evicted from the lockdown house. Catch up on that you missed yesterday by reading HERE.