We also reported that her fans gifted her with 25 shoes to celebrate her new age with her.

Dorathy, who was surprised and excited at her fans’ heartwarming gesture said she never expected the massive love she got.

She has now received a brand new Apple Macbook Pro and says it has her favorite colour which she loves so much – Rosegold. 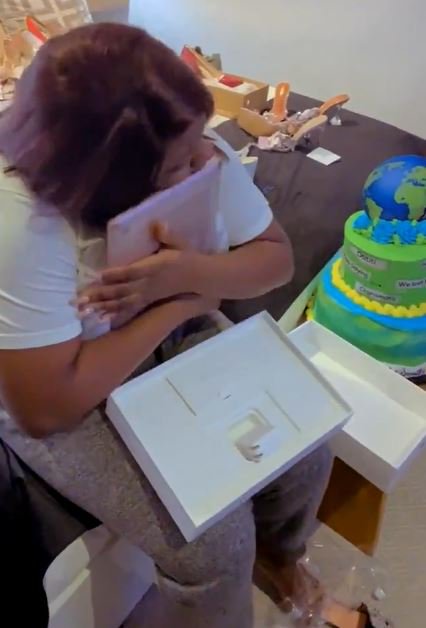 Watch the happy moment Dorathy received her Macbook below;

Apple’s 16-inch MacBook Pro is the largest and most powerful notebook that the company sells, with up to an 8-core processor, discrete AMD Radeon Pro 5000M series graphics, up to 64GB RAM, up to 8TB of SSD storage, and a larger, 16-inch display.