BBNaija season 5 housemate and loverboy, Ozo has opened up to Nengi, and has also stated reasons for snubbing her lately. 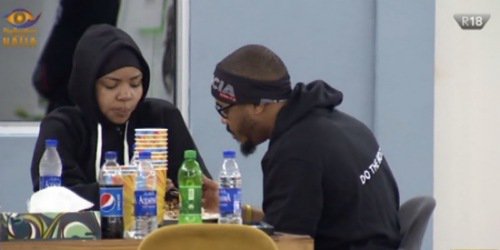 Recall that after the previous Sunday Live eviction show, Ozo changed his attitude towards Nengi just as he vowed to become more focused.

Ozo told Vee that he was angry with Nengi because she never congratulated him for surviving the eviction and vowed never to tolerate being taken for granted by anyone.

“I am so pissed at Nengi. I had my bath, talked with Dorathy for a while, Nengi came in and saw us talking and she dropped the pictures of me that I gave to her on my bed and didn’t speak to me again,” he disclosed to Vee.

However, when Nengi confronted him about the matter, Ozo said, “You know I was really close to leaving the house yesterday. It was about the eviction tension. You know I had just escaped.”

Ozo is among the housemates that are up for possible eviction come next Sunday.

Meanwhile, Nengi has secured an automatic ticket to the grand finale after winning the Ultimate Head of House game yesterday.