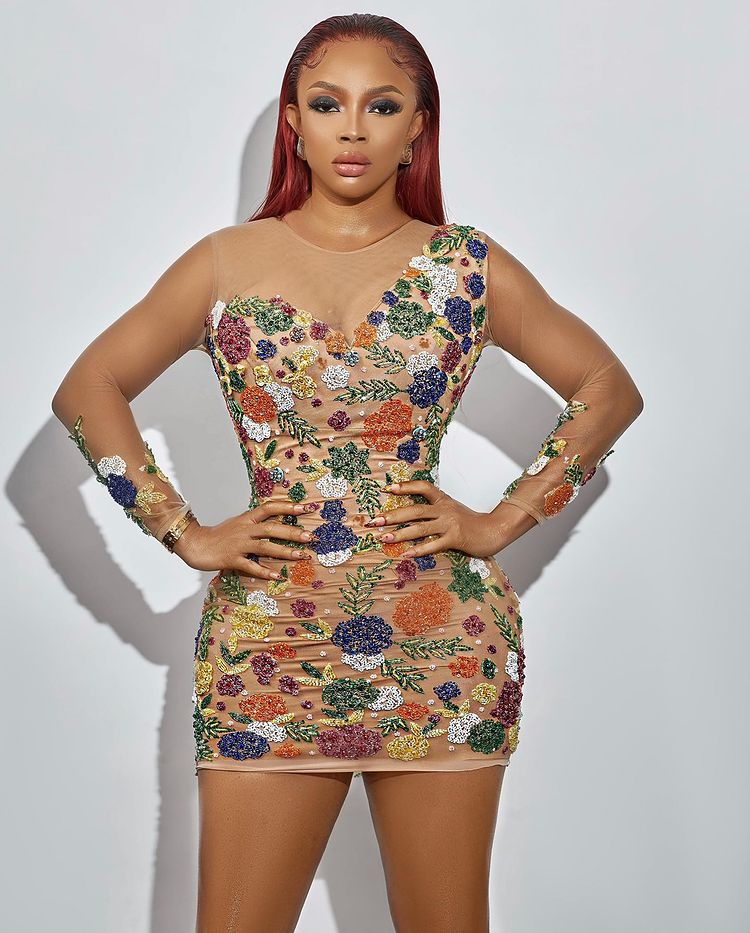 This is coming amidst the body-shaming crisis against Angel from her fellow female housemates, Maria inclusive.

In a tweet, Toke Makinwa may have subtly approved Maria’s claim about Angel’s ‘prostitute’ and flirty behavior with the male housemates as she insinuated that Michael fingered her. 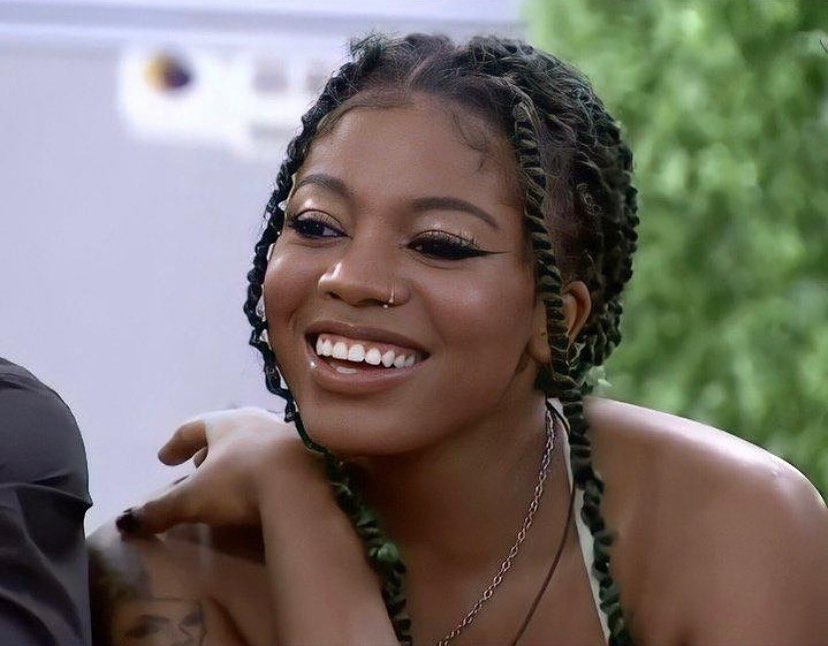 “Thought you guys said I made it up, so who did Michael get his fingers into????? You gotta watch “The buzz” to find out,” she wrote.

Toke’s claim triggered reactions from fans who slammed the media personality for carelessly body-shaming her kind. 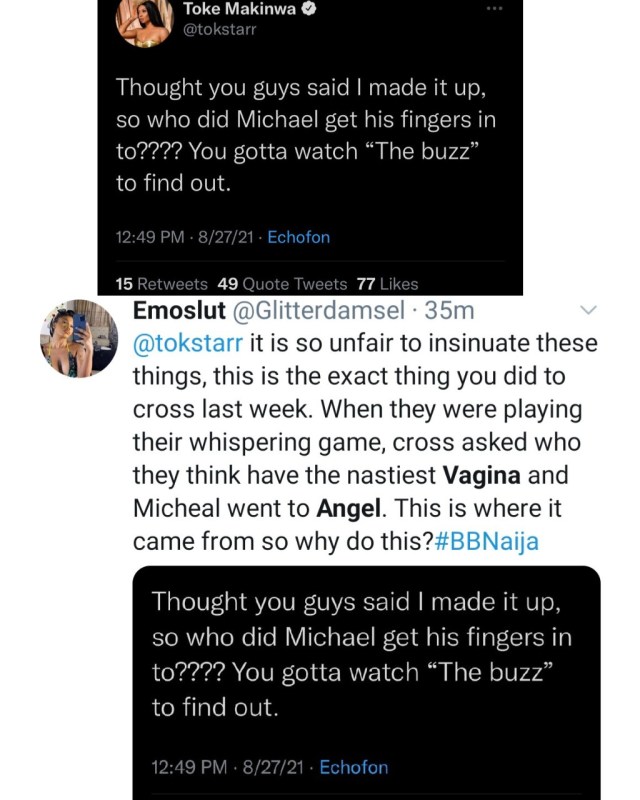 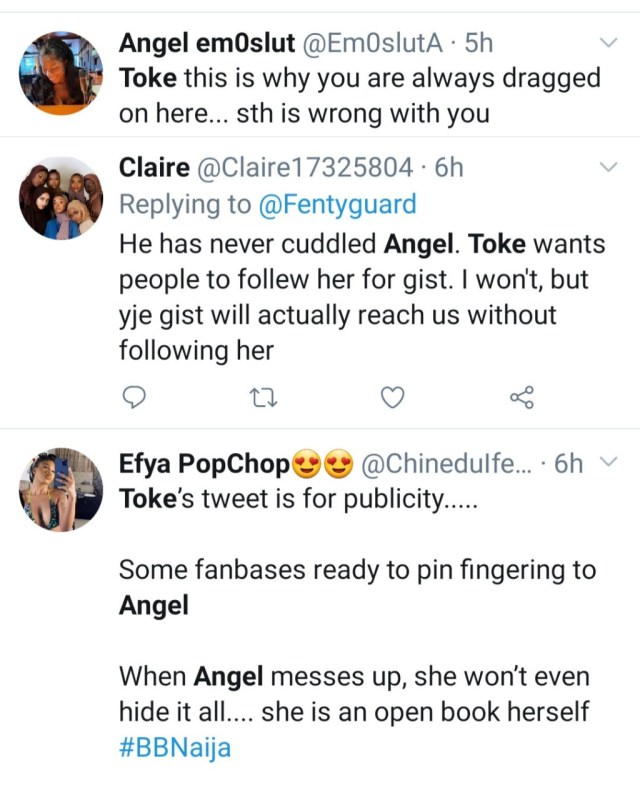