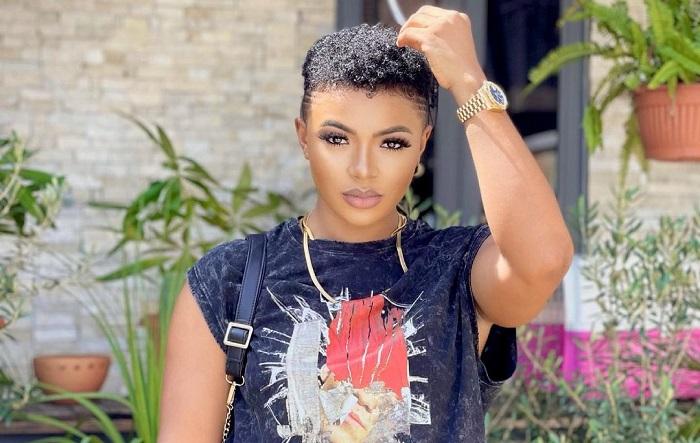 Liquorose on Friday morning while speaking with some male housemates said Angel loves to dress half-uncovered to get the attention of males.

According to her, Angel wants to get all the boys that’s why she has been dressing like that.

Liquorose said: “Nobody talks about Angel even though she walks around half n*ked every day because she be human being. I understand she’s 21 but we know she dresses like that to attract the boys in the house.”

Liquorose made the statement after she overhead Angel and Beatrice talking about her relationship with Emmanuel and her stature.

This did not go down well with some viewers who accused Liquorose of ‘slut shaming’ Angel while some people feel otherwise.

@Lonewolf says “If Liquorose slut-shamed Angel then I’m very disappointed. I honestly don’t care what was said, you never slut shame anyone period.”

@Kennyluv “That isn’t slut shaming but the truth she does walks naked so there’s no lie in there.”

@Achalugo “Why did Liquorose not confront Angel and Beatrice immediately, and if she felt she couldn’t and then went to talk about it with the guys, why the slut-shaming. She could have made her point without that, even though I know she was angry and probably hurt.”

@El_Faruqq “Slut shaming would have to be when you actually slut shame, not when you are stating the obvious, who doesn’t know she loves to parade herself naked in the name of body positivity or whatever the f they call it? For the umpteenth time, leave Liquorose alone.”

@Babygirl “Truth is Bitter! Liquorose doesn’t want to entertain the fact that Emmanuel is obviously not into her so instead of getting the message she’s attacking the messenger. Slut-shaming Angel because of Emmanuel.”

@Aurasynell “While we’re also on the same wavelength, Liquorose never slut shamed Angel she simply presented her friends with the tactics angel is using to lure and compell the attention of the men in the house, with the hopes of sinking ships.”