Reality TV star, Tokunbo Idowu, popularly known as TBoss is trending on Nigerian Twitter after she ‘threw shade’ at Nengi while celebrating Ozo after he won a car. 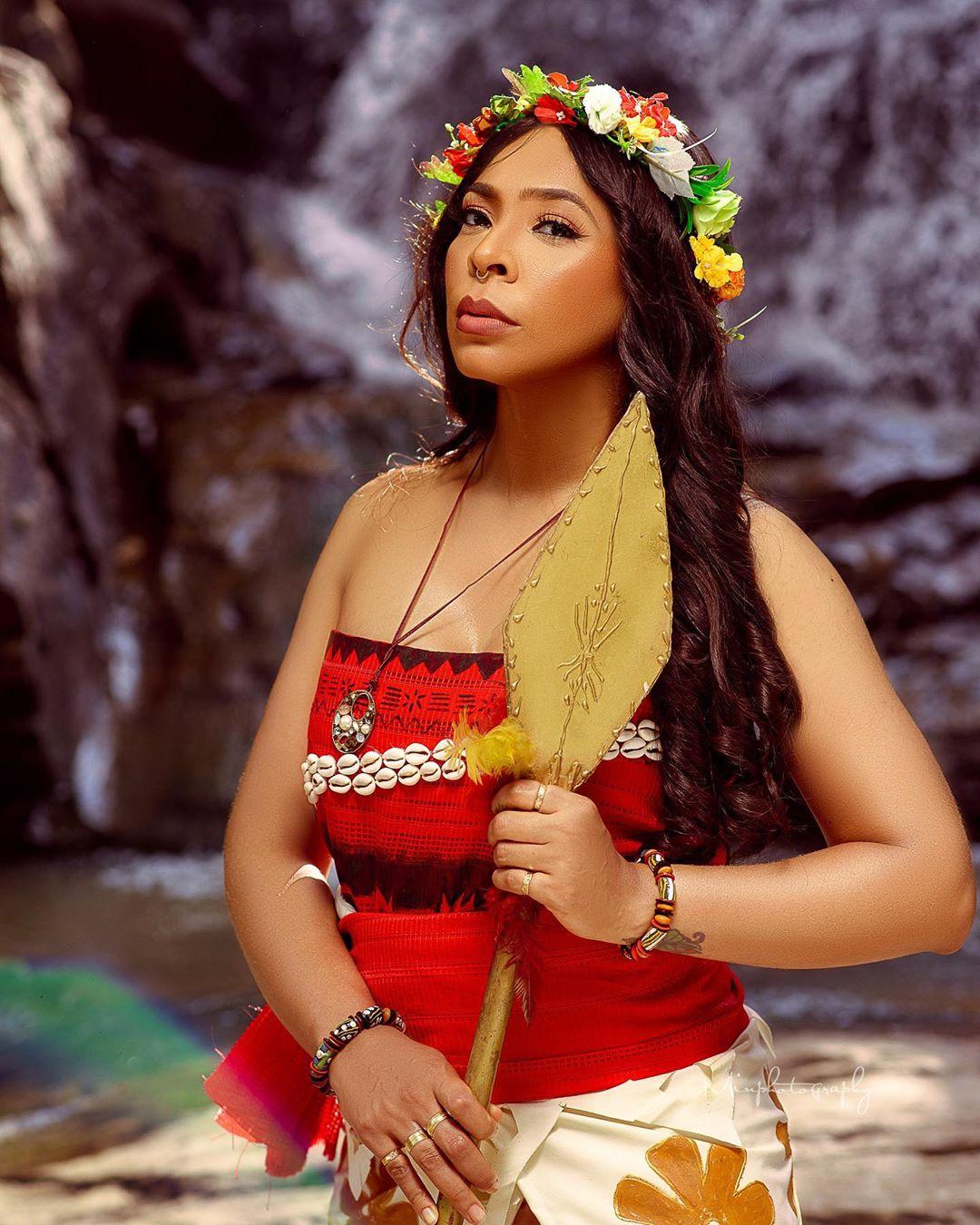 Ozo emerged a winner after the housemates played the Innoson task challenge. The final round was between Neo and Ozo. Ozo, who chose the right number (41) in the task, won the Innoson 2020 IVM Caris. His colleagues rushed to celebrate with him and forced themselves into the car. Nengi was seen seated in the front seat.

Reacting to Ozo winning a car, TBoss advised Ozo not to accommodate many people in his car especially those who say they don’t like him but jump in the front seat. Ozo has been making advances at Nengi but she has consistently turned him down. 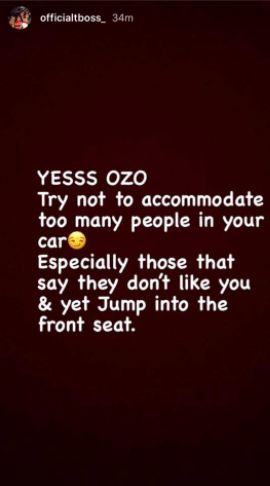 Tboss is currently being bashed on Twitter by Nengi fans for her advice.

See their comments below. 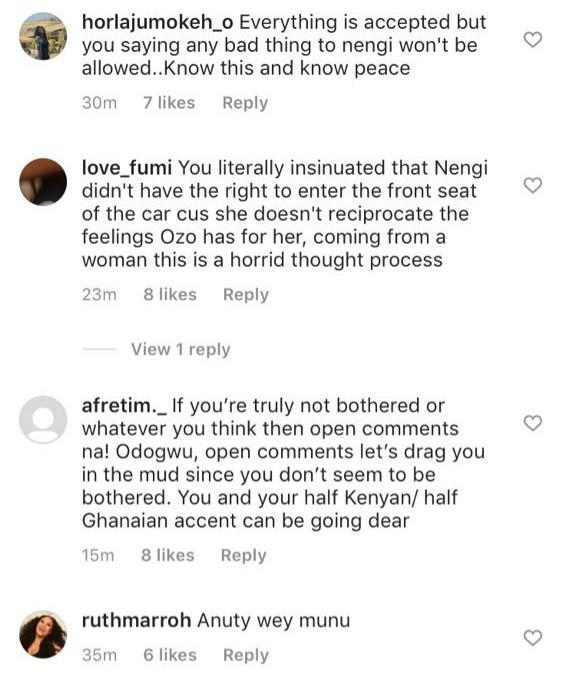 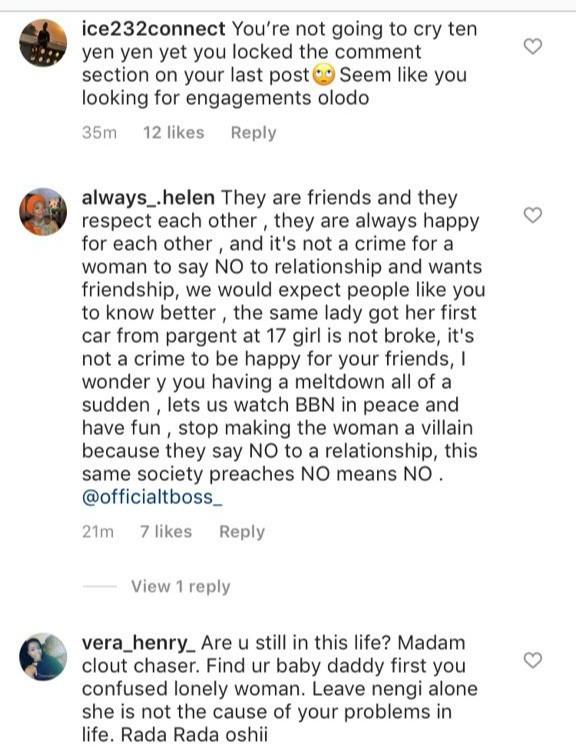 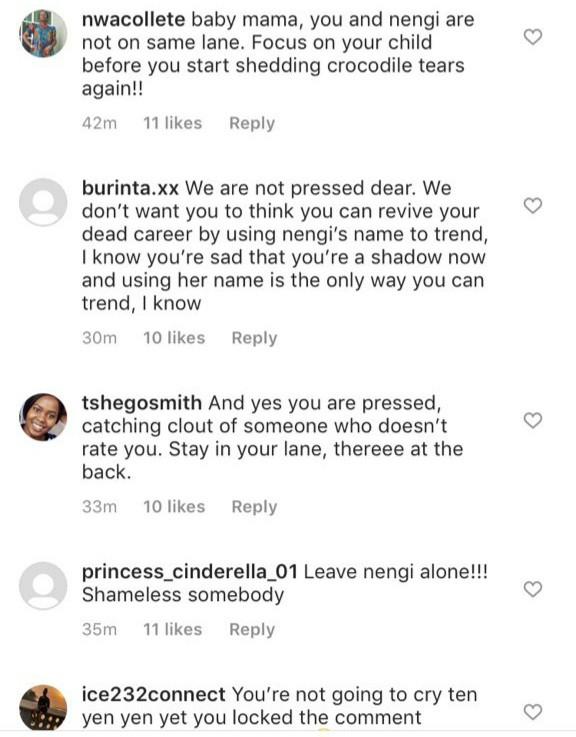 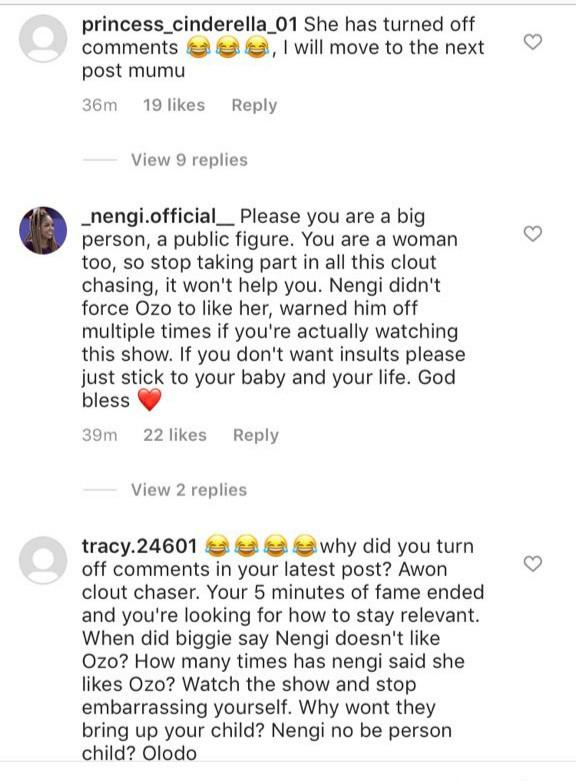 TBoss however denied claims that she threw shade at Nengi. 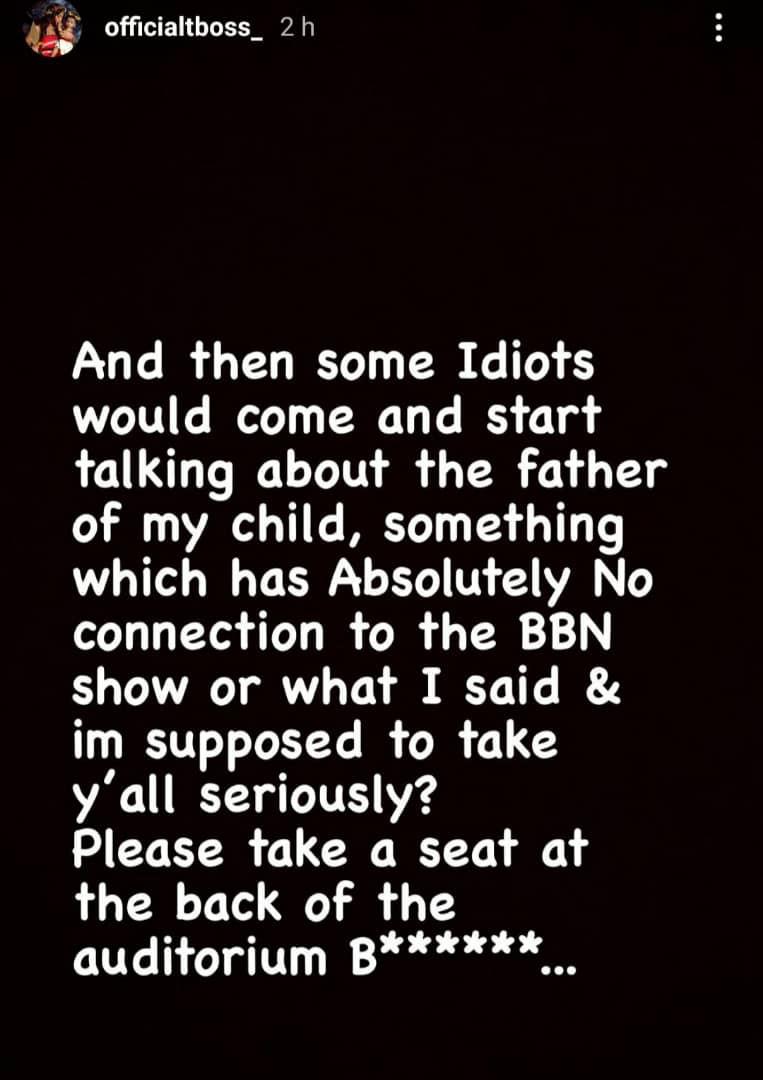 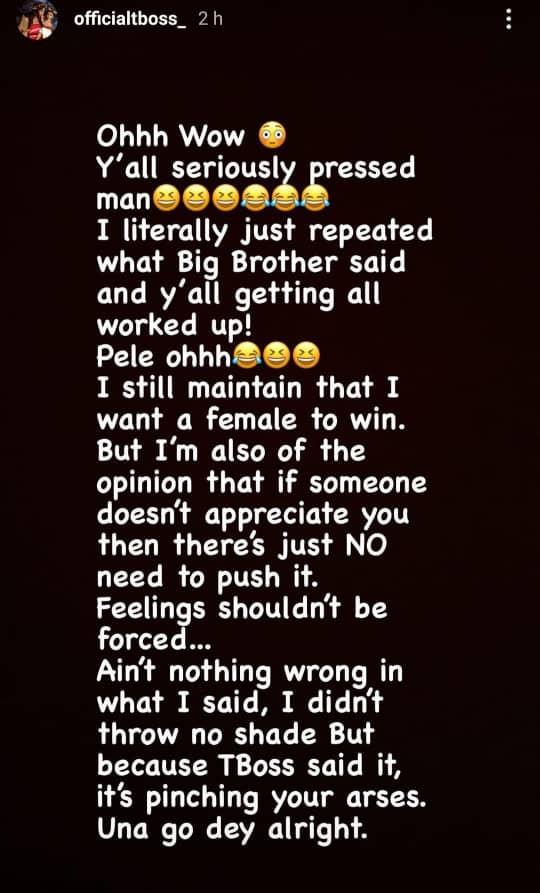