Housemate Boma has cleared Queen over their relationship status as he tells her he is in no relationship with her. 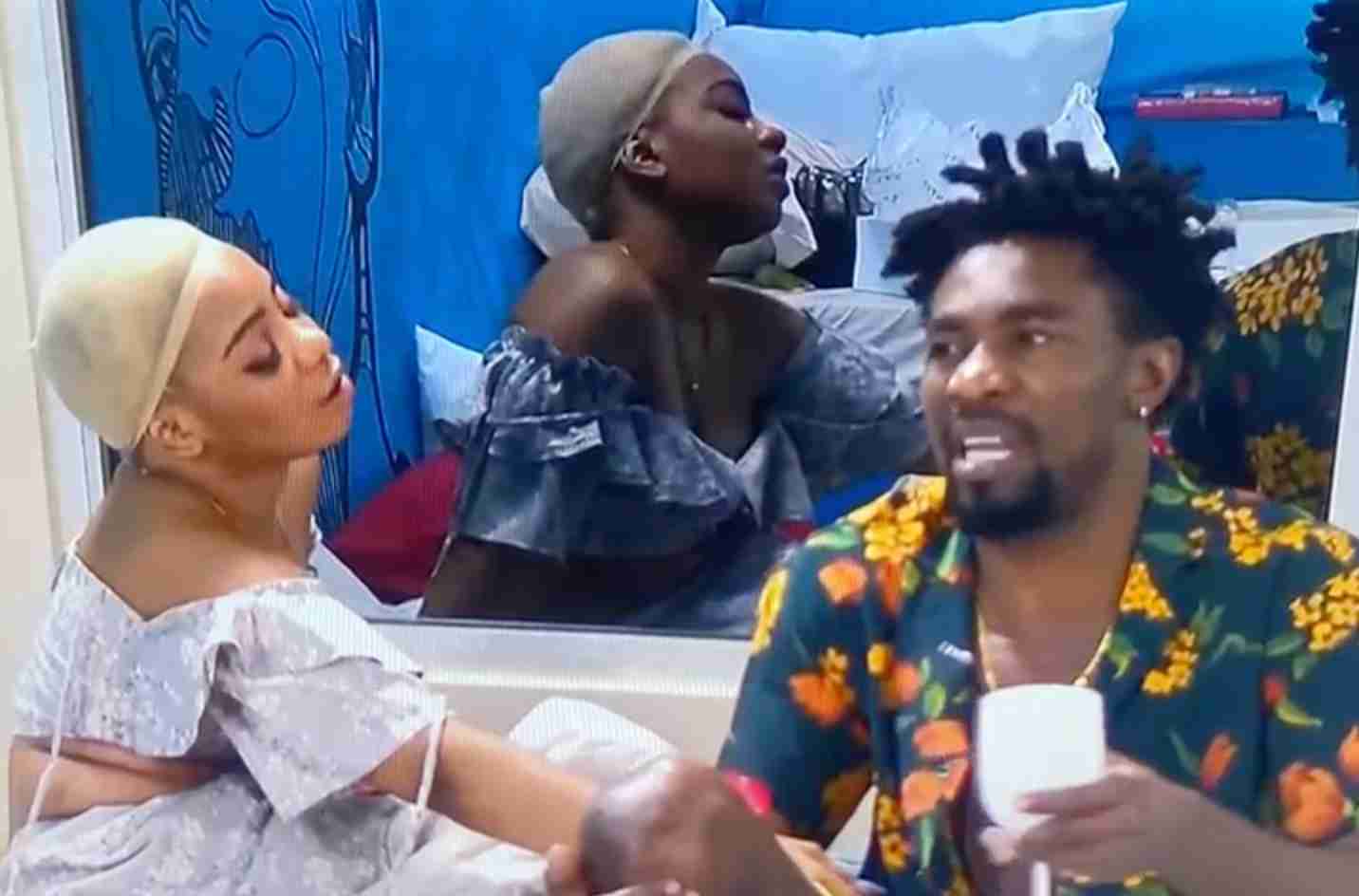 Boma, who had been suspected to be in a relationship with Queen, finally cleared the air during and after the party last night.

It all began when Boma was dancing with other female housemates and Queen had to take him by the hand as she pulled him away from them.

Reacting to the incident immediately, Boma who felt insulted told Queen he’s in no relationship with her and has no right to drag him away.

After the party, Boma had to meet Queen again to discuss what transpired between them.

Boma told her how the housemates think they are in a relationship and he doesn’t like it. Queen said that she was only joking when she pulled him away.

Boma who was already angry grew angrier at her statement and said she does not listen.

“One thing about you is that you don’t listen, You feel like you are always right but you are not

Emmanuel dragged Boma away and Queen slept off immediately after.