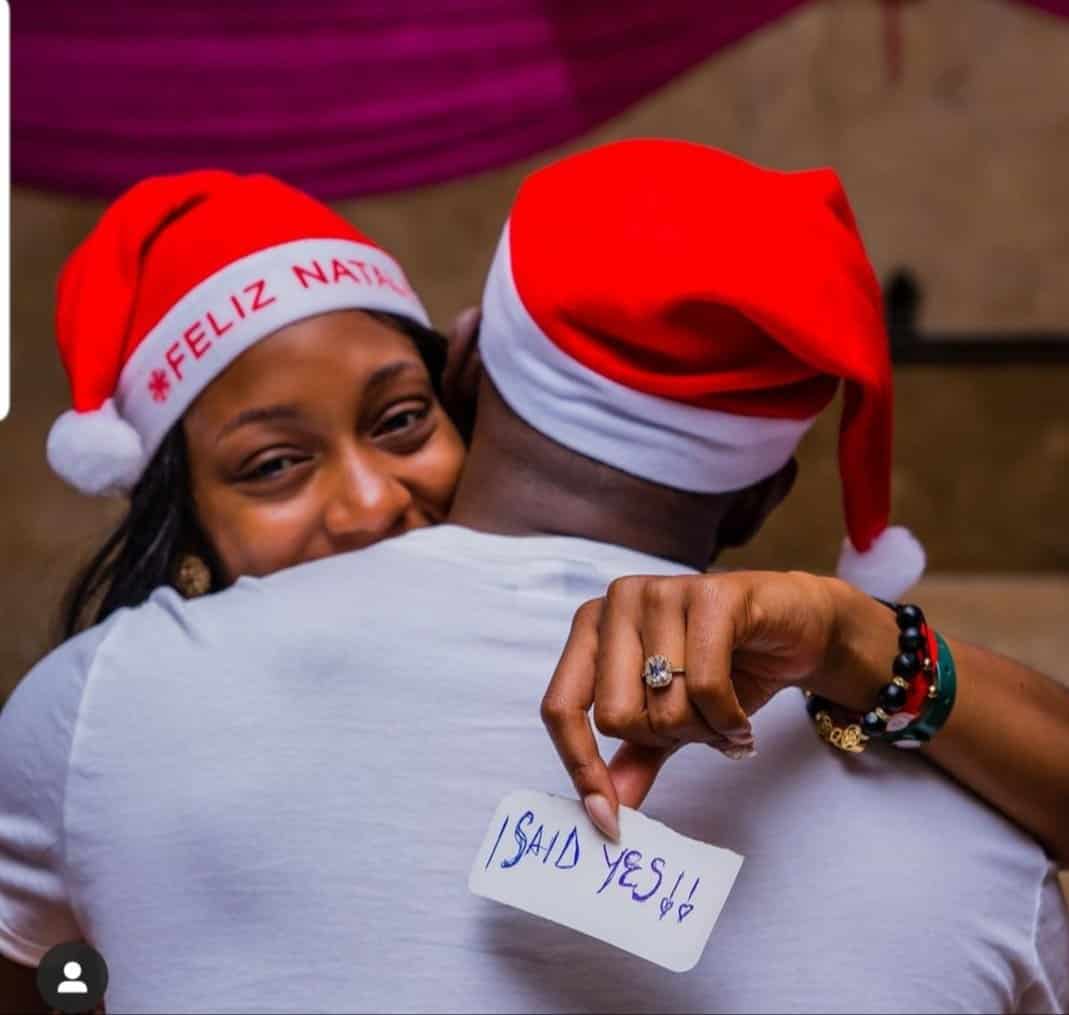 Who would have thought a love seed planted at the bbnaija house would grow. Khafi Kareem and Gedoni Ekpata defied all expectations.

The former British police officer took to Instagram to announce her engagement to Gedoni earlier today, she posted a picture of herself and her spouse in matching Christmas caps with caption;

Oh, and I got the best Christmas gift ever. #MrsEkpataLoading” 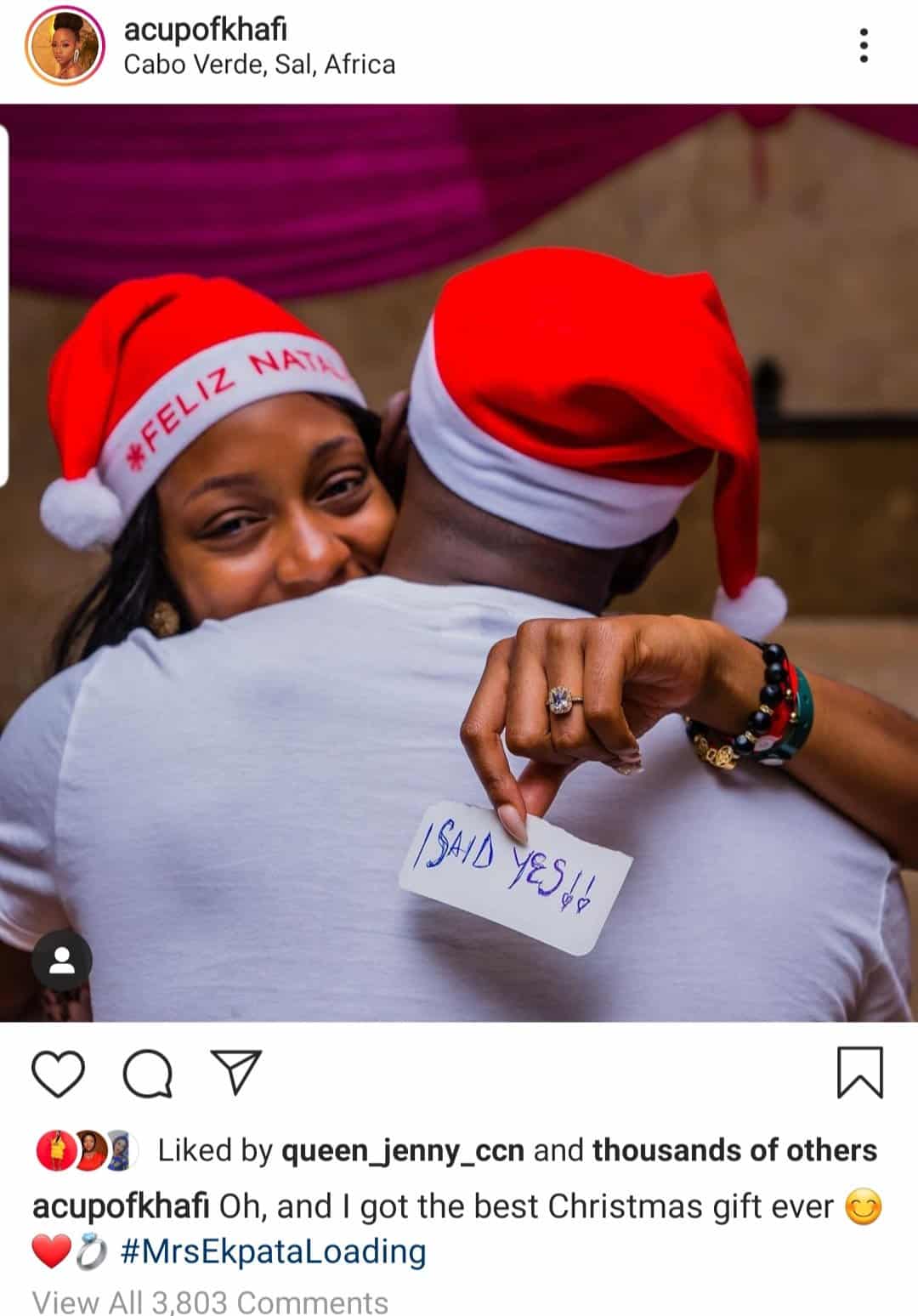 The ex big brother house mates began their love story during the fourth season of Big Brother Naija. The relationship was surrounded by all sorts of controversies, and the viewers speculated their relationship wouldn’t last outside the house.

Its safe to say they were wrong.