Organizers of the Big Brother Naija reality show, BBNaija, announces the grand prize of N90M for season 6 winner of the upcoming edition. 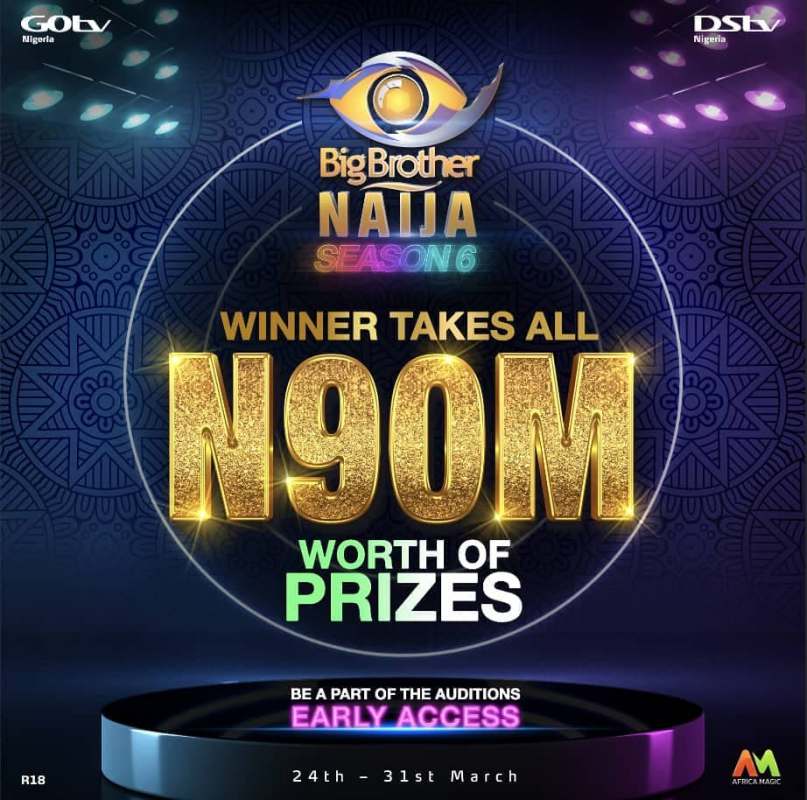 This is coming after DSTV NG announced the via their official Instagram page of the early auditions of housemates-to-be which its process begins today, 24th of March.

In a new announcement, the organizers of the reality TV show revealed the grand prize of BBNaija season 6 as a whopping sum of N90M; N5M higher than that of season 5.

However, the breakdown of the prize money is yet to be revealed; usually, above half of the sum is for gifts in the form of cars, houses, international trips, etc.