Shojay, the boyfriend of BBNaija housemate Nini, whose photos with her was shared online, has been allegedly identified as her husband. 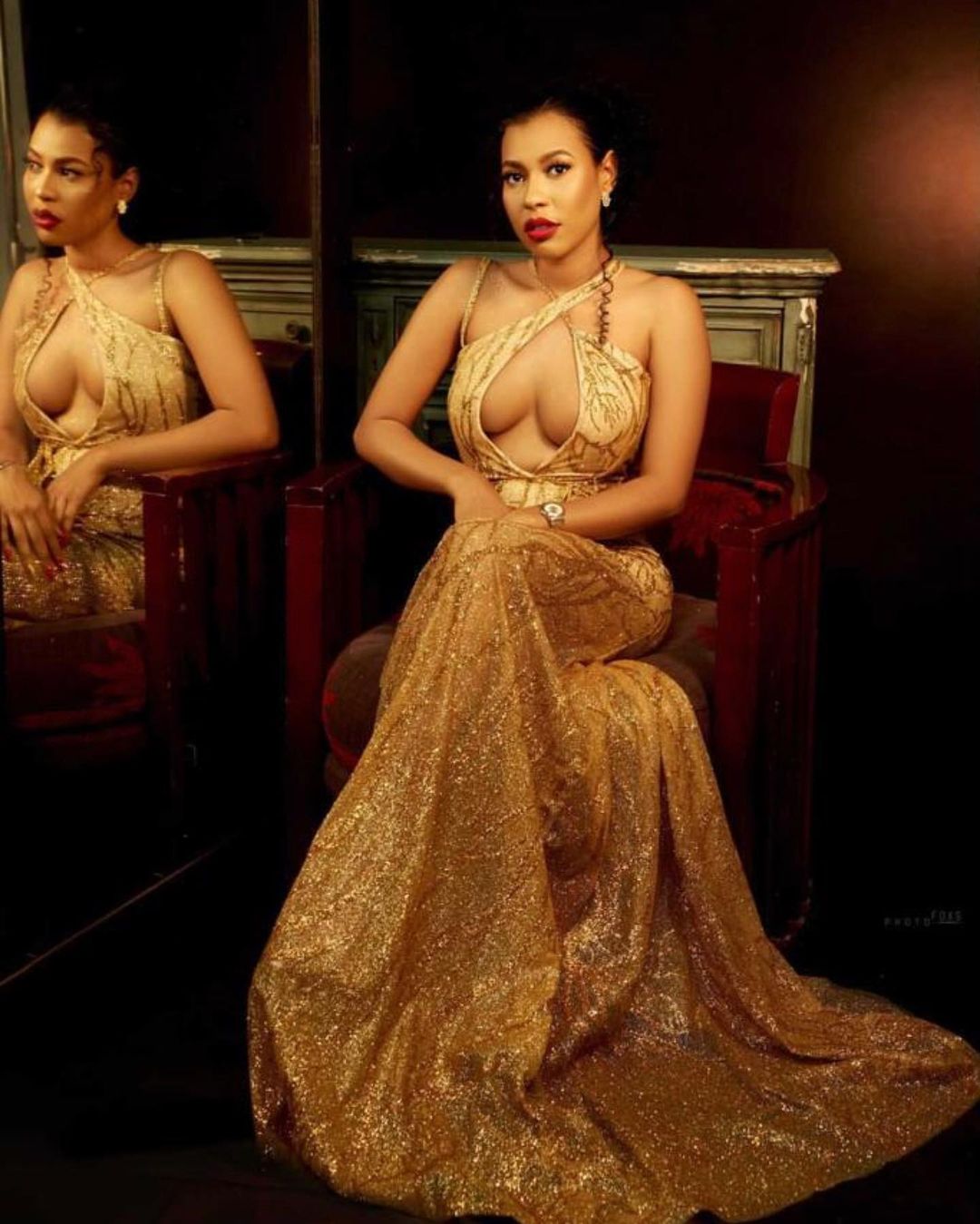 This latest development comes after a post on Twitter that showed Nini and Shojay together in a photo generated several reactions from viewers of the show.

While a lot of fans had sympathy for Saga over the recent photos of Nini with her boyfriend, others were simply happy that he will finally get over his ‘obsession’ for her. 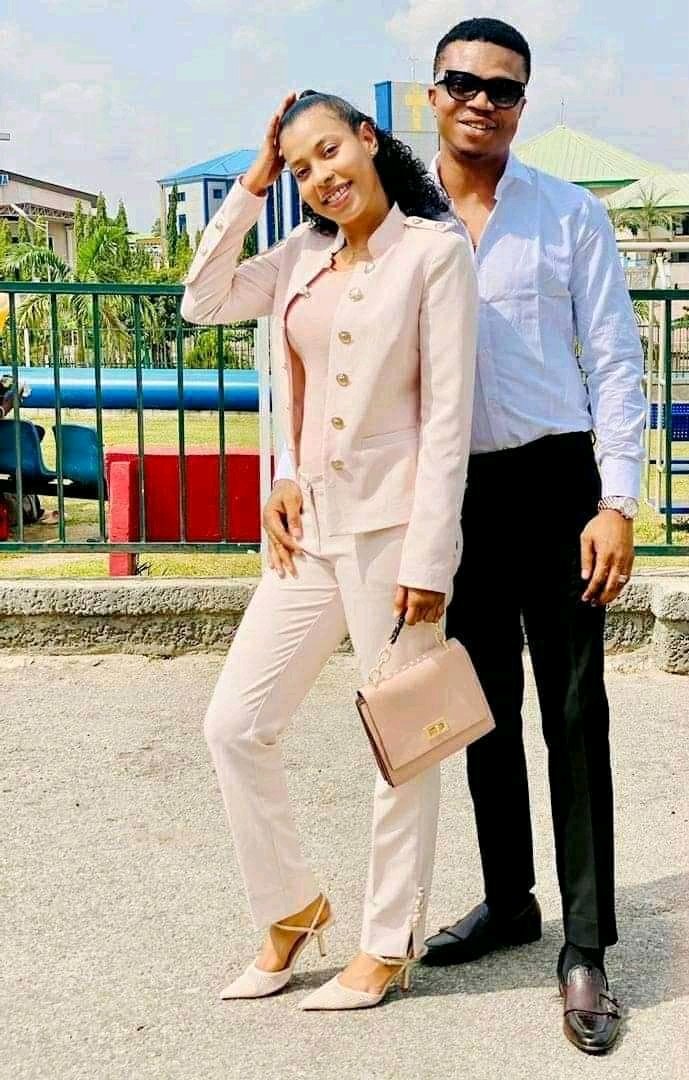 However, one of the users who commented under the post, revealed that the guy in the photos with Nini wasn’t her boyfriend but rather her husband.

According to the man who goes by the handle @IamDubemOnoh on the platform, Shojay is Nini’s hubby and he (the man) was present the day, that photo was taken in Abuja.

“He’s her husband, not boyfriend. And this guy hold better bar like this.

Saga cannot even speak where this guy is speaking. I know the day this picture was taken in Evelyn center Gwarimpa” 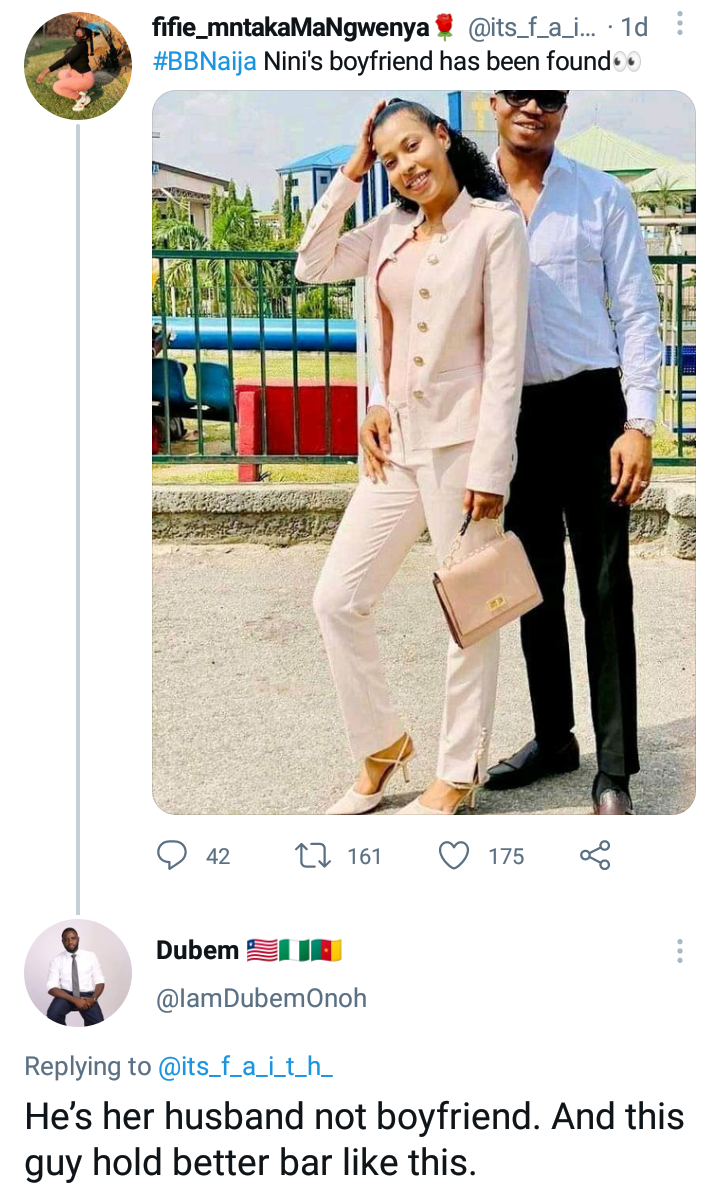 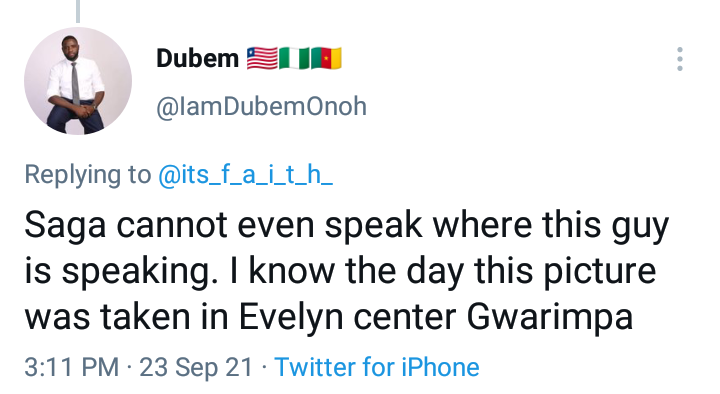