Home BBNaija BBNaija: Peter Psquare denies saying he would give Tacha 60million if she... 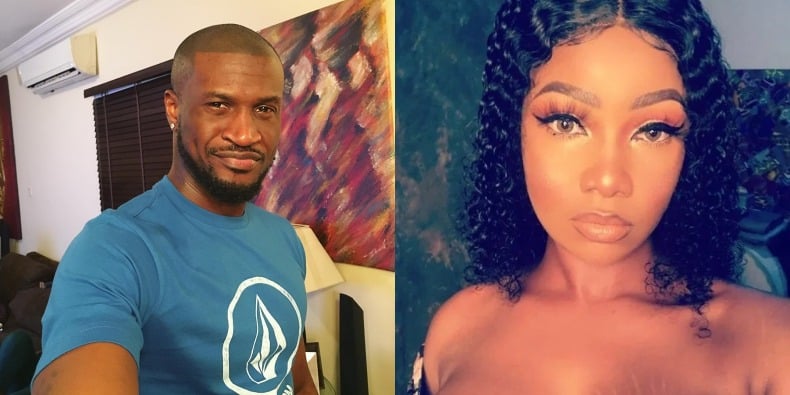 Nigerian musician, Peter Okoye has denied claims that he would give Tacha 60 Million Naira if she fails to emerge as winner of the ongoing reality show.

Recall that the musician had earlier promised to give Tacha 60 Million if she doesn’t win.

Well, the housemate was automatically disqualified from the show tonight after a physical Assault with fellow Housemate Mercy, where she was spotted pulling Mercy’s weave.

Instagram blogger, Tunde Ednut however questioned Peter Okoye in a live video call, asking him if he would still give Tacha the Sixty Million Naira, but he denied saying so giving other excuses.