BBNaija ‘Shine Ya Eye’ housemate, Pere Egbi expresses utmost shock as Biggie reveals a tape of co-housemates, Nini and Saga referring to him as senseless and untrustworthy. 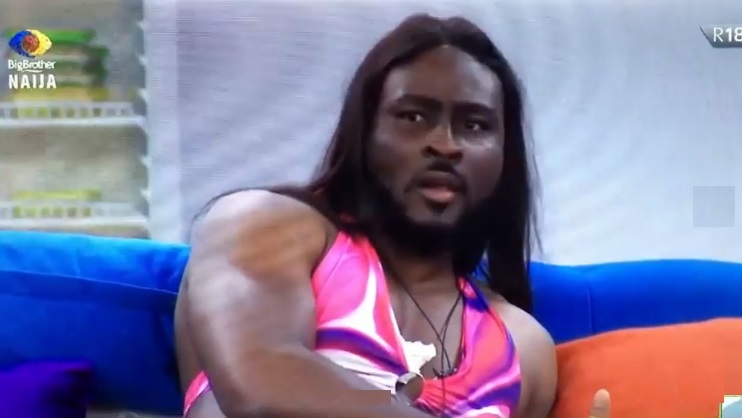 This is coming during the mimic game challenge where housemates are to dress and mimic whomever’s name they picked for the rest of the day.

Pere who was dressed as Angel was met with a great shock when Biggie revealed on the television what some of the housemates, Saga especially who seems to be his close buddy, have been saying behind him. 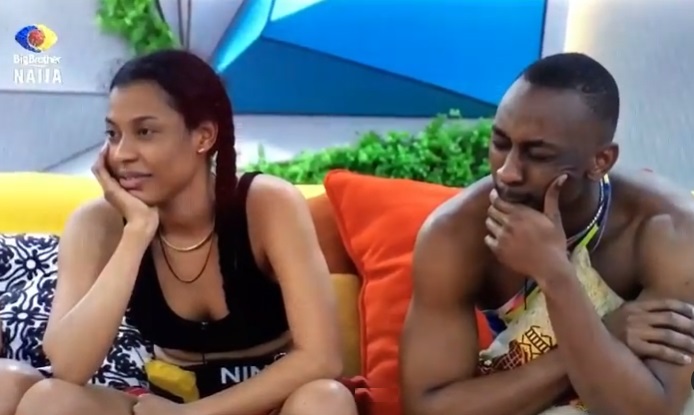