Big Brother Naija ‘Shine Ya Eye’ housemates, Maria and Jackie B made it as the top 5 housemates following the dirty fight that happened between them on Friday. 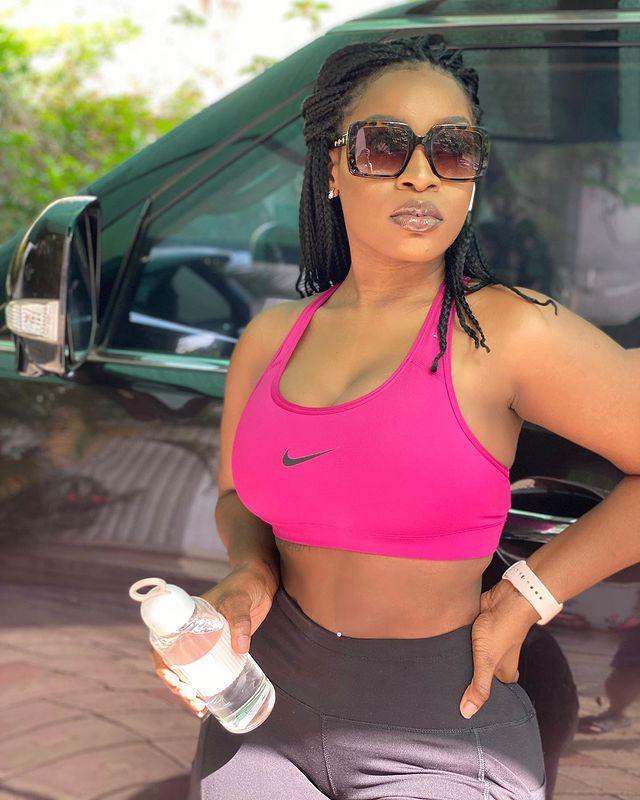 It would the recalled that Maria and her co-housemate, Jackie B rained insults on one another after the latter accused the former of calling her a hoe.

The fight between the duo on Friday turned out to favor their course on the show as they climb up in the chart of most talked about housemates. 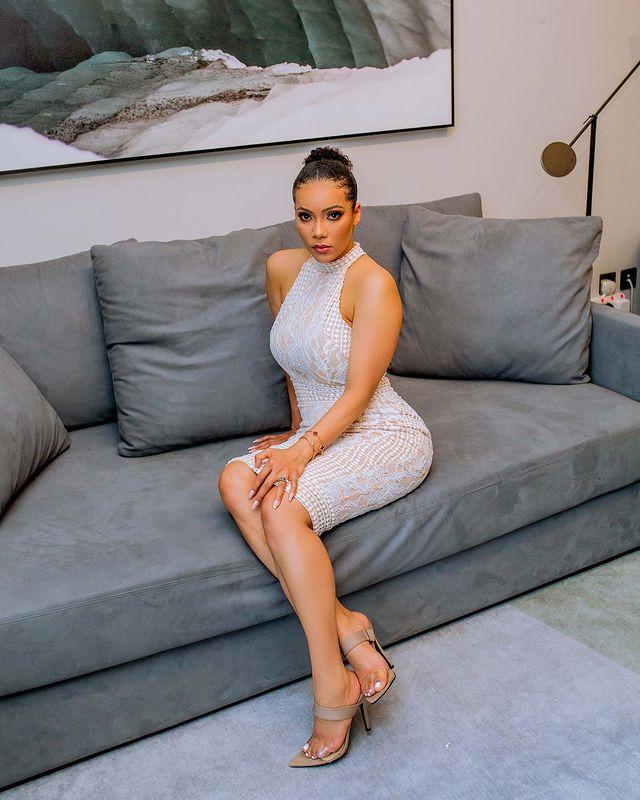 According to statistics released by the organizers of the show, Maria and Jackie B are now the second and third most talked about housemates respectively as Liquorose continues to top the chart with almost 50% overall impression. 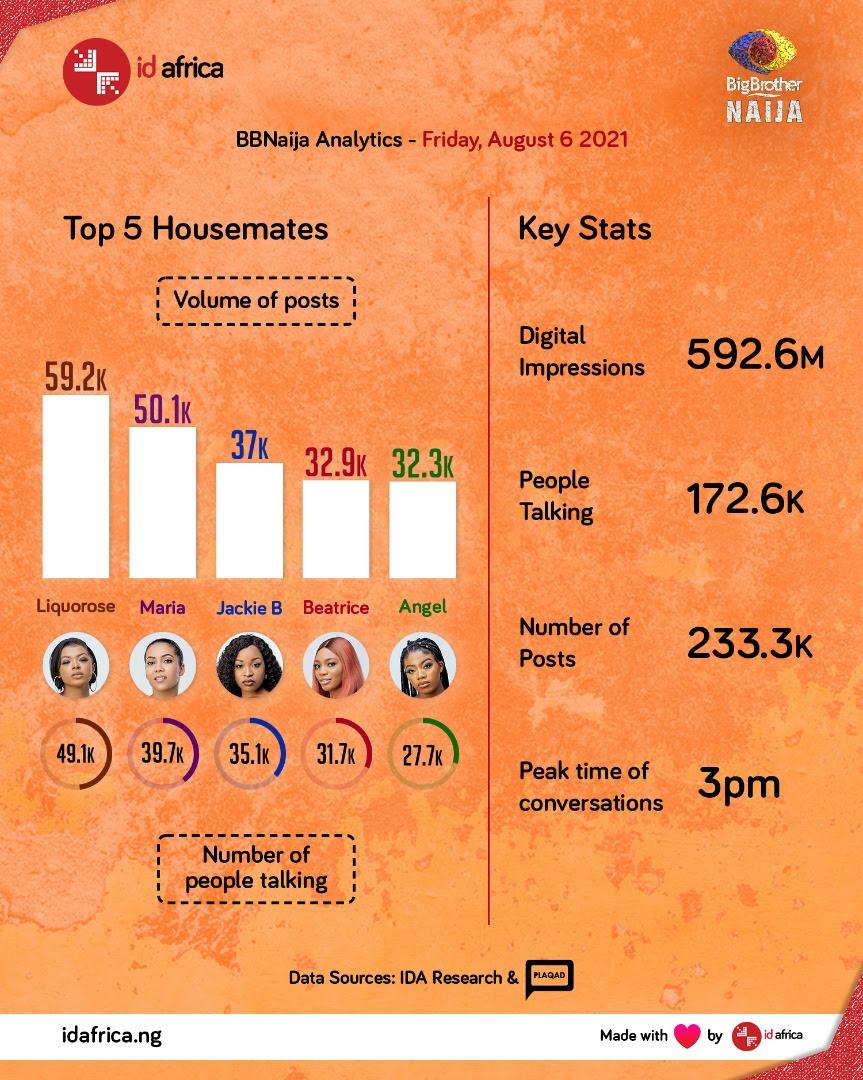