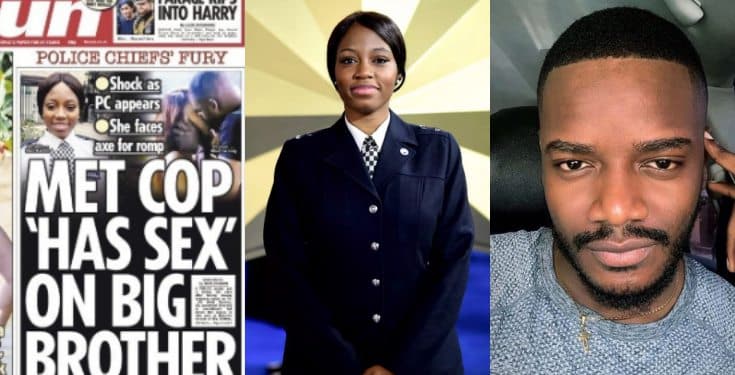 Leo Dasilva joined ‘Khafi’s conversation on social media by defending her against those bashing her for putting her job on the line by becoming a Big Brother Naija Housemate.

GistReel reported that the 29-year-old MET Police officer who was once a ‘poster girl’ for the promotion of female and black staff for the security outfit, earns about £30,000 (N13m) a year. 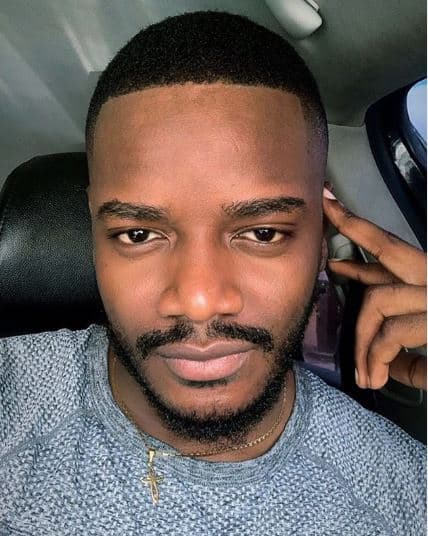 She is currently trending after reports of her being investigated for leaving her job without getting permission from her bosses and allegedly having sex on the reality show.

However reacting to the backlash Khafi got after the report went viral, Leo Dasilva revealed that N13 million a year is not big money in the UK. He claims N13m a year with taxes and cost of living in the UK is not usually enough.

“Big brother is a platform.Only looking at it as a cash prize thing, you’re not seeing the bigger picture. She can do a lot of things that will earn her the cash prize over time and continue earning her the cash prize. 13m a year with taxes and cost of living isn’t enough.” 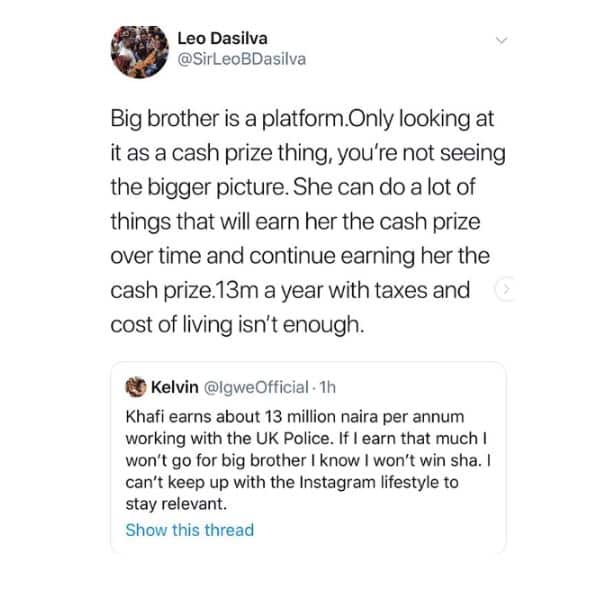