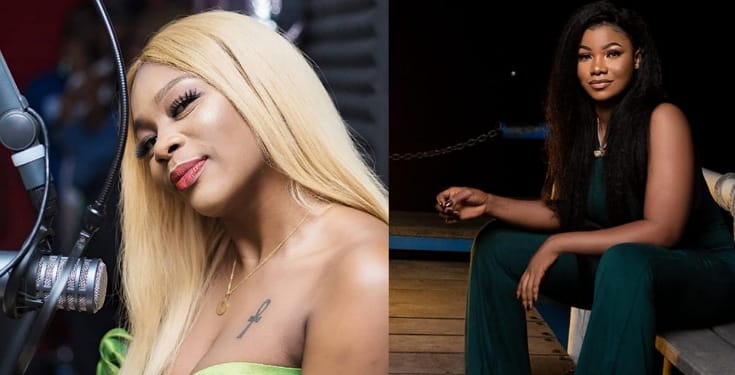 Isilomo has joined the social media conversation to state her own opinion on the clash witnessed in the Big Brother Naija house this morning.

Isilomo clearly stated that Tacha needs to leave the reality show for dragging Mercy‘s weave the way she did, insisting that Mercy flipping her hair is not an excuse to act like a barbarian.

Admitting that she always made excuses for Tacha before now, the reality show star who was one of the first housemates to be evicted commended Mercy for her self control.

According to Isilomo, she would never have condoned such arrrogant behavior from Tacha if she were in Mercy‘s shoes. 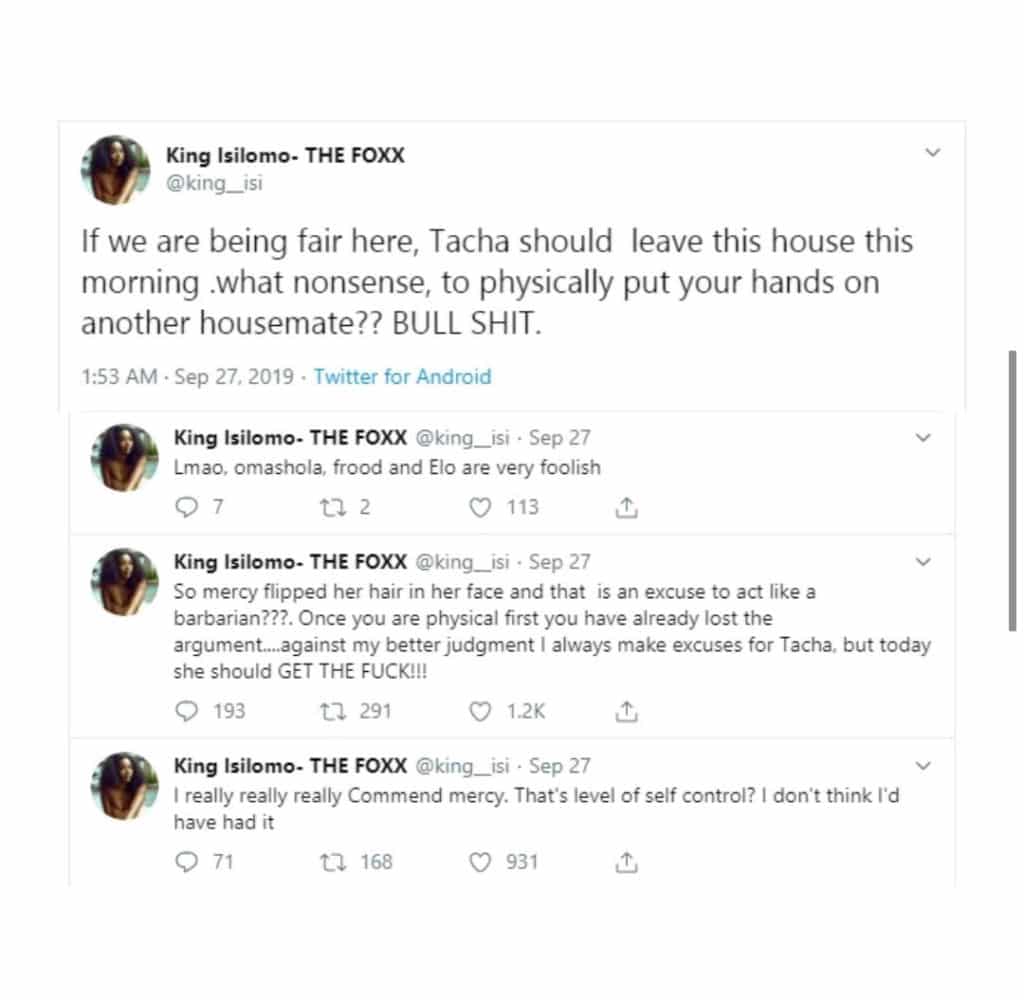