House of Representatives member, Hon. Wunmi Onanuga, has criticized the Big Brother Reality show, stating that it has been reduced to pornography.

Hon. Onanuga is the Chairperson of the Committee on Women Affairs and Social Development and also an active member of the House of Representatives. 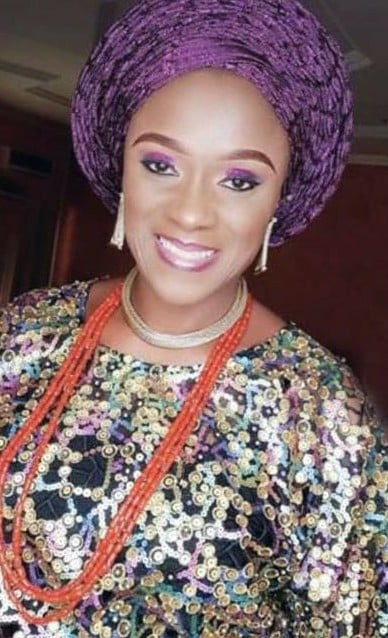 In a recent interview with
TheNation, she was asked to give her opinion about the current Big Brother Naija show.

ALSO READ: Corp member rejected by school owner for refusing to sleep with him

In her words ;
“First of all, I don’t watch it. Because the first time, I did, I think it was four or five years ago. I don’t know what I was doing that night. I think I was unable to sleep because I had lots of stuff I was writing that night.
The television was on so I could have sound in my room. I don’t know how I got to watch it that night and I saw how they were being intimate on the programme, and I was like: is this what they do?
I was shocked that that programme would get to the point where on live television, adults, so to speak…they’re adults, they can do what they like, but they have turned it to pornography.
Even if it was under the duvet or whatever it is, it was obvious they were getting intimate. And I just got disgusted. For me, it is a personal thing and I do not agree with the values it is sending across.
We have enough problems with young people being sexually active at a very young age. We don’t need a programme that will tell them that being that active is moral. It is immoral! That is personal. .
Those who believe they can make so much money with a programme like that, I think everything these days is reduced to naira and kobo. But we have so many intelligent, talented, gifted people out there who need to be encouraged.
There are so many people who have invented things in this country, who exactly is encouraging them? We talk about corporate social responsibility, what exactly is the CSR of the companies who make money in this country? .
A young man at the time I watched the programme got a First Class from a university in Nigeria and he was given a cheque of N100,000, and a person who was cooped up in a place for three months gets N30 million.”