The second housemate to be evicted from the big brother Naija 2020 house, Lilo Aderogba, has had her first interview outside the house. 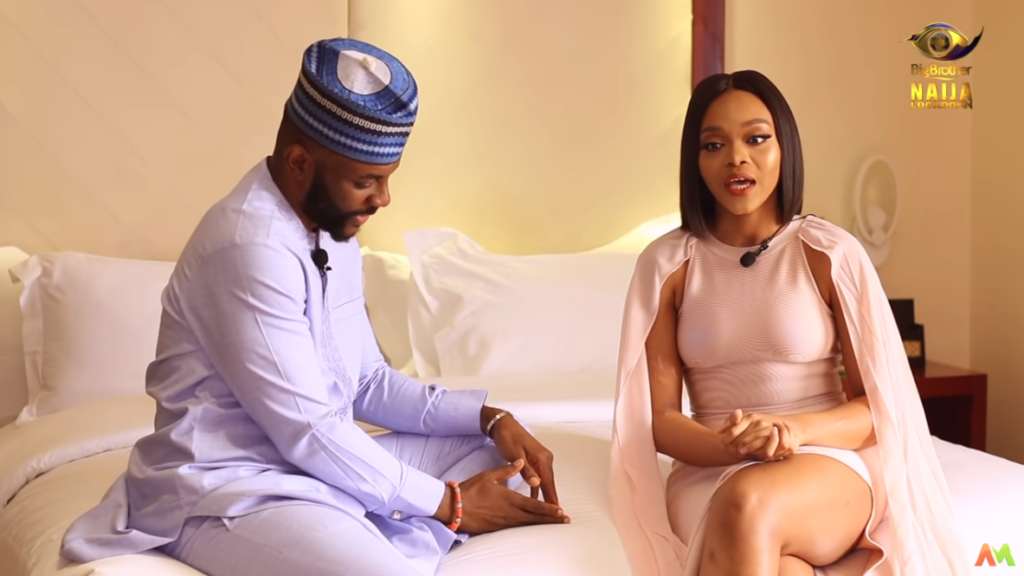 In the interview with the show’s host, Ebuka Obi-Uchendu, Lilo reveals that she is happy she left the house as her relationship with Eric was getting out of control.

Lilo who was voted out by the housemates, also said she felt like he took advantage of the fact that she was weak towards him. Lilo apologized to her fans, saying she feels like she got carried away by putting her emotions before her goals.

“I feel like I put my feelings and emotions before my goals, I was like carried away.
My friendship with Eric didn’t happen too fast, but we catching feelings definitely happened too fast.
I Just wanted to be his friend, but he told me it’s me he wants.
When I am by myself, I think, but when Eric is with me, I don’t. I felt like he took advantage of the fact that I was weak towards him being sweet and my cuddle buddy.” she said

Watch the interview below…