Big Brother Naija’s evicted housemate Adeolu Okusaga, popularly known as  Saga has been welcomed back home by his father in a grand style. 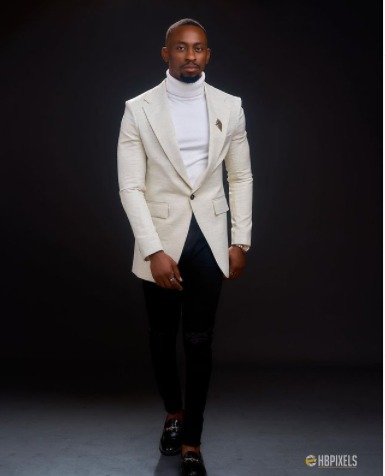 His father and a host of others expressed their joy in seeing him.

At the moment captured, his father was seen giving him a handshake.

While speaking, he welcomed him and also disclosed that Home Billion is better than 90 million.

“Welcome, you are welcome my son. Home Billion is better than 90 million”, he said.

In related news, evicted housemate Saga has pleaded with his die-hard fans to vote for Pere to win the 90 million naira Grand Prize.

Saga in a video was seen soliciting votes on behalf of Pere as he pleads with his fans to vote massively for him.