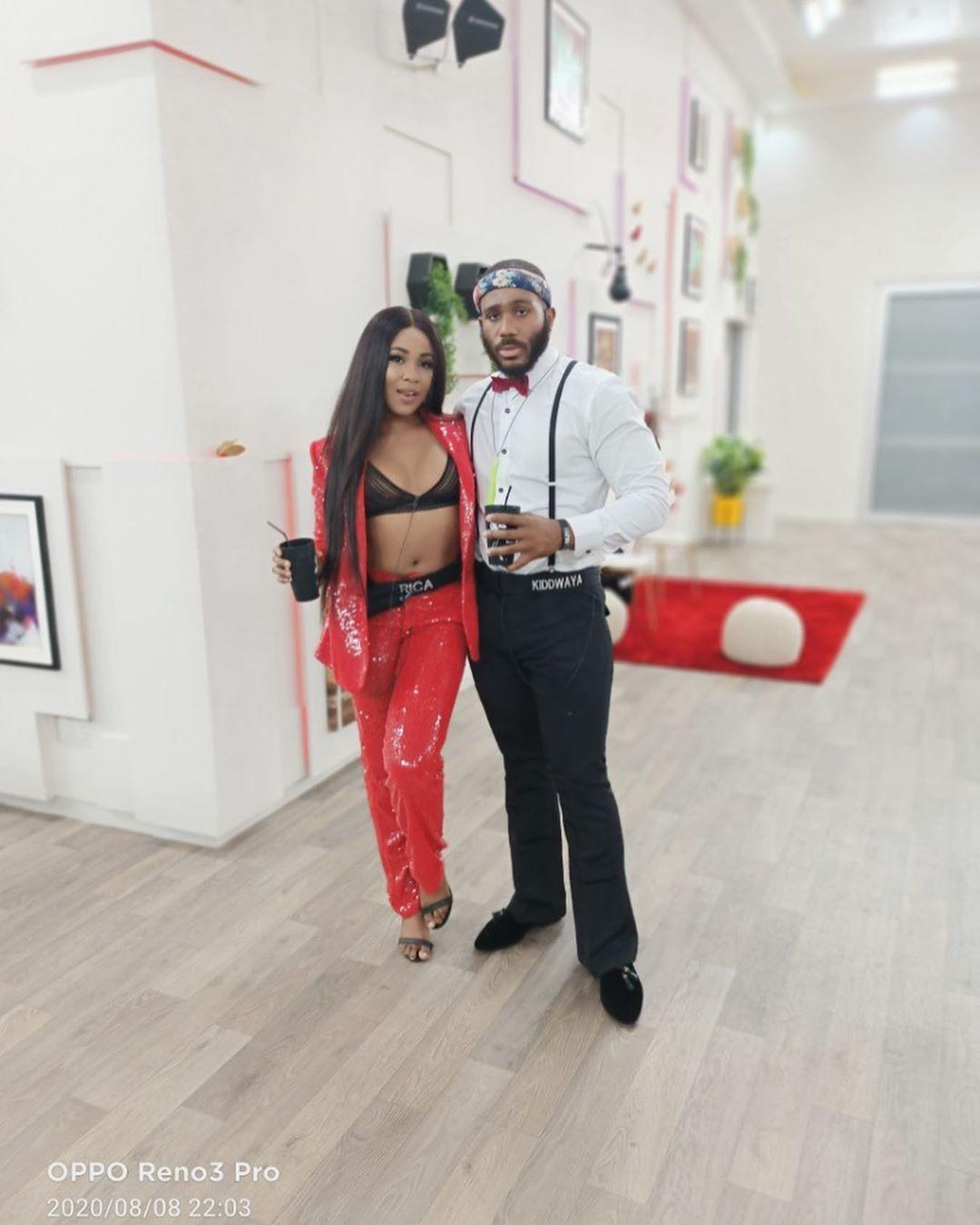 Erica’s love interest, Kiddwaya, during last night’s party, placed his mouth on Dorathy’s breasts as they were dancing.

This got Erica really angry and she confronted Kiddwaya after the party.

She warned him not to ever pull such stunt again.

Although the “ship” between Kiddwaya and Erica seem to have gone sour, but both of them kissed during last night’s party.