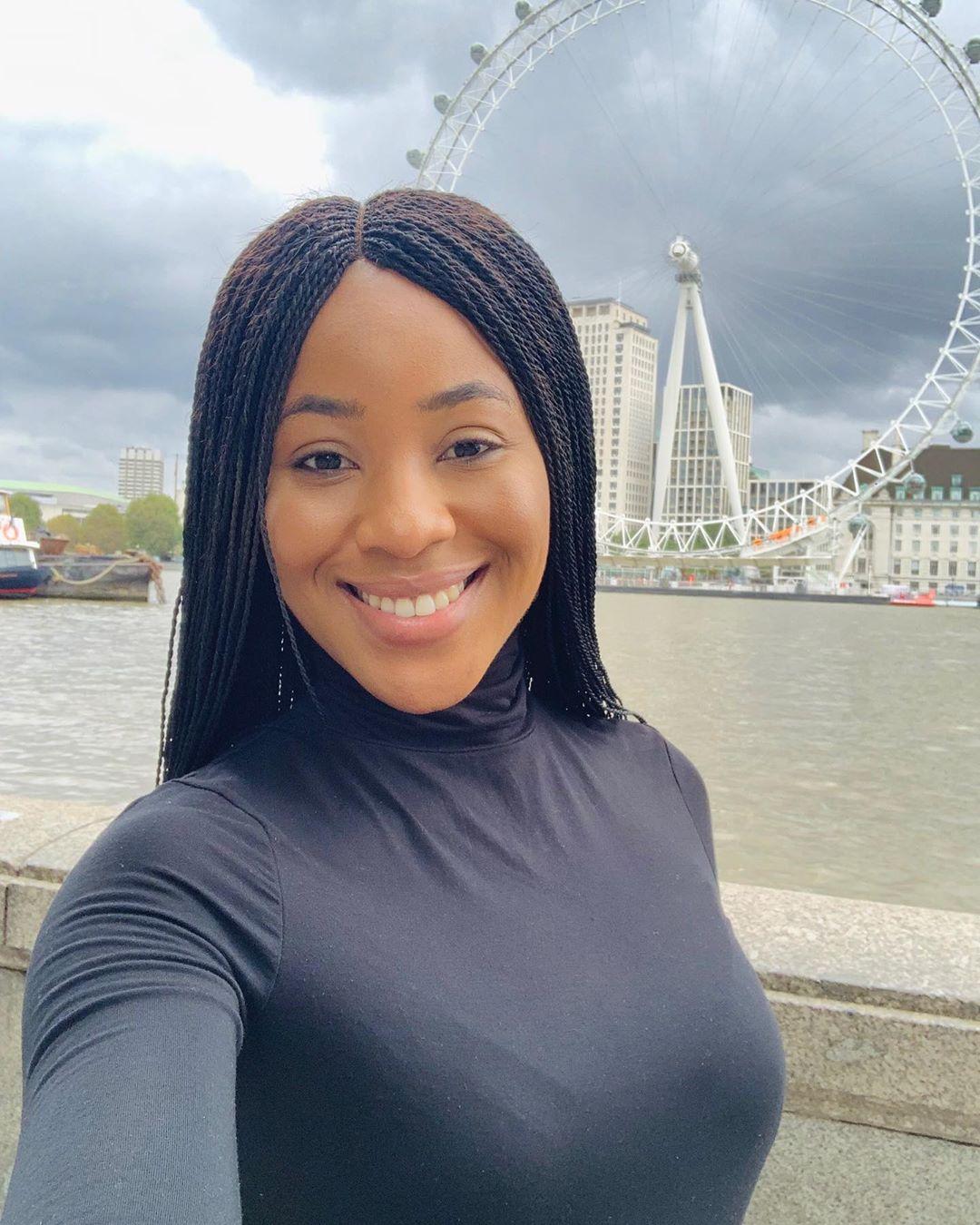 Twitter user identified as Rexxie had tweeted; “At this point I don’t think Erica is Ok up there sha”.

Reacting to this, Zlatan criticised Erica by saying “She needs 6 derica of sense”. 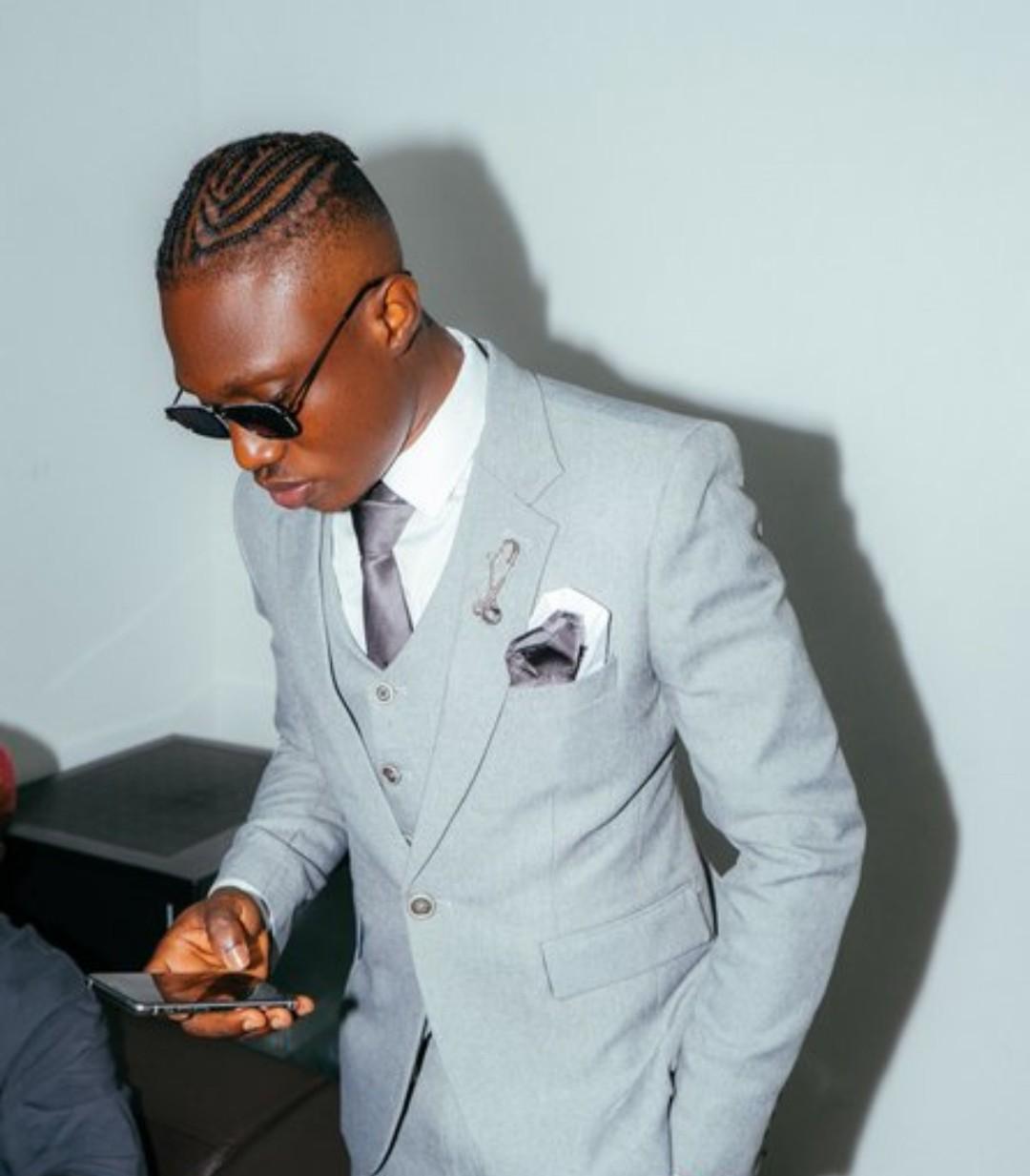 Recall, last night, after the party, Erica took it out on Laycon and insulted the hell out of him for telling fellow housemates that she tried to kiss him.

Erica believes Laycon lied about it and it’s only a plot to make himself trend with her name, outside the lockdown house. 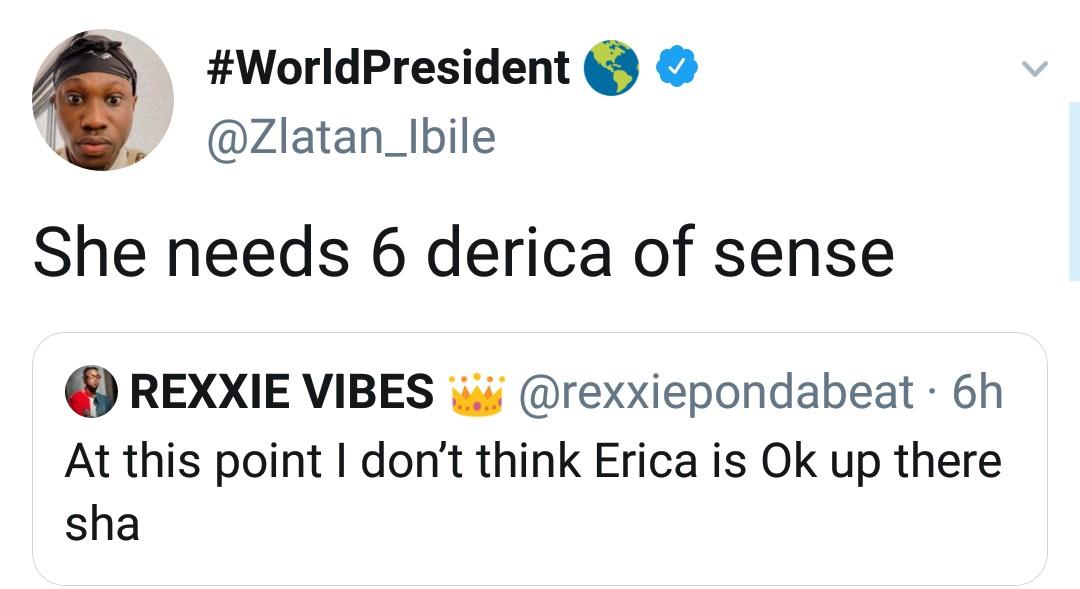