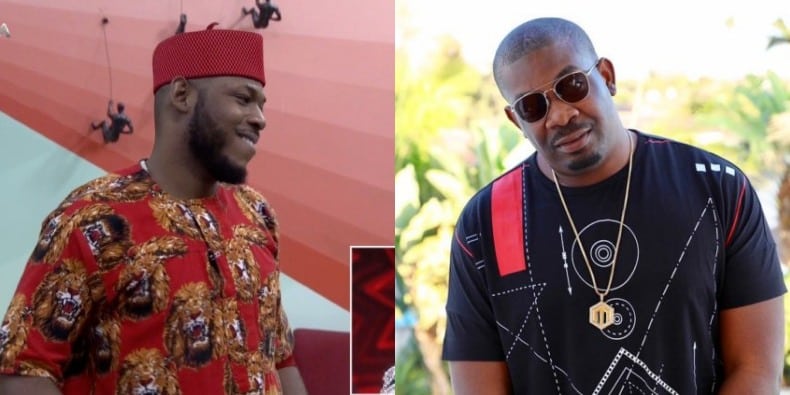 Mavin Records producer, Don Jazzy, has reacted to the eviction of Frodd from the Big Brother Naija show.

Frodd was the third housemate to be evicted from the grand finale on Sunday.

Following his eviction, there are two housemates

battling for the N60 million grand prize – Mike and Mercy.

He wrote, “And Frodd is out. He tried sha #Bbnaija.”