The hype of celebrating their last Saturday in the Lockdown House got the final five in a lit mood, as they created their own fun and had a blast.

Day 69: ‘I liked Kiddwaya’ – Dorathy
Dorathy confessed that she liked Prince, Brighto, and Kiddwaya this season. Could you have guessed?

Vee confided in Laycon that she’s not comfortable changing for Neo and she doesn’t see them together outside the House. Neo also went ahead to explain things to Laycon and Nengi, telling them his own side of the story.

Day 69: Neo and Vee sort out their differences

Following their fight last night, Neo and Vee ironed out their issues as they addressed the Betway sports Trivia incident.

Before we go into the hot gist of who liked who, can you guess what these Housemates were up to today? Stealing! Yes, you heard right.

We caught them moving Biggie’s items quicker than flash and we couldn’t help but wonder where Biggie got these people from lol. From toilet paper to milk and even packs of condoms, these final five happily took items that they thought would be needed outside the House. We guess the fear of missing Biggie’s free food moved them into this daylight robbery right under Big Brother’s nose. Wait though, is it really stealing if you’re taking items from your Big Brother?

Well , well Nengi was caught Red handed, plus she's wearing a Red dress .❤❤💃 @danomilk_ng don't patronize us do what is needed. 🙏 pic.twitter.com/AMEltgUMoF

The ships that could have been…

After the heist that took place in Biggie’s House, the Housemates went into the Garden to chat about almost everything centered around the Lockdown ships. Dorathy was on the hot seat as the Housemates drilled her on questions about who she liked in the House. While some of them guessed that she liked Brighto, all of them were so certain that she had strong feelings for Prince, way beyond their obvious friendship. “My feelings for Brighto were just based on infatuation but I liked his lips, fingers, and feet,” she said. “I also liked Kiddwaya at some point,” she confessed to them. An inquisitive Vee further drilled and asked her about Prince, to which Dorathy admitted to having the conversation with Prince about how going into a relationship would make their friendship awkward. Still on this topic, Vee asked if she kissed Brighto and Dorathy claimed not to remember. She later told the four of them that she didn’t kiss Brighto, but Neo’s reaction said otherwise as he kept exclaiming.

While the Housemates suggested that Prince could be with Tolanibaj outside the House even after the awkward revelation during her exit, Vee disagreed with them, saying, “Be with her? When he’s not mad”. Dorathy then said she’s sure Prince would probably be on his own and focusing on himself right now. Then, they talked about other ships in the House and how some of the ex Housemates were comfortable with jumping from ships to submarines. We wonder who…

Still on this juicy gist, the Housemates asked Nengi if she kissed Ozo and she said they only shared pecks on the forehead and cheeks. “So, he asked us to take care of you but you never even kissed him? I want to be like you,” Vee screamed. They all laughed as they tried to relive the moment Ozo was Evicted last week Sunday and it even got funnier when Vee acted out Ozo’s failed attempt to kiss Nengi and how she dodged it. “He just respects my decision,” Nengi told them. 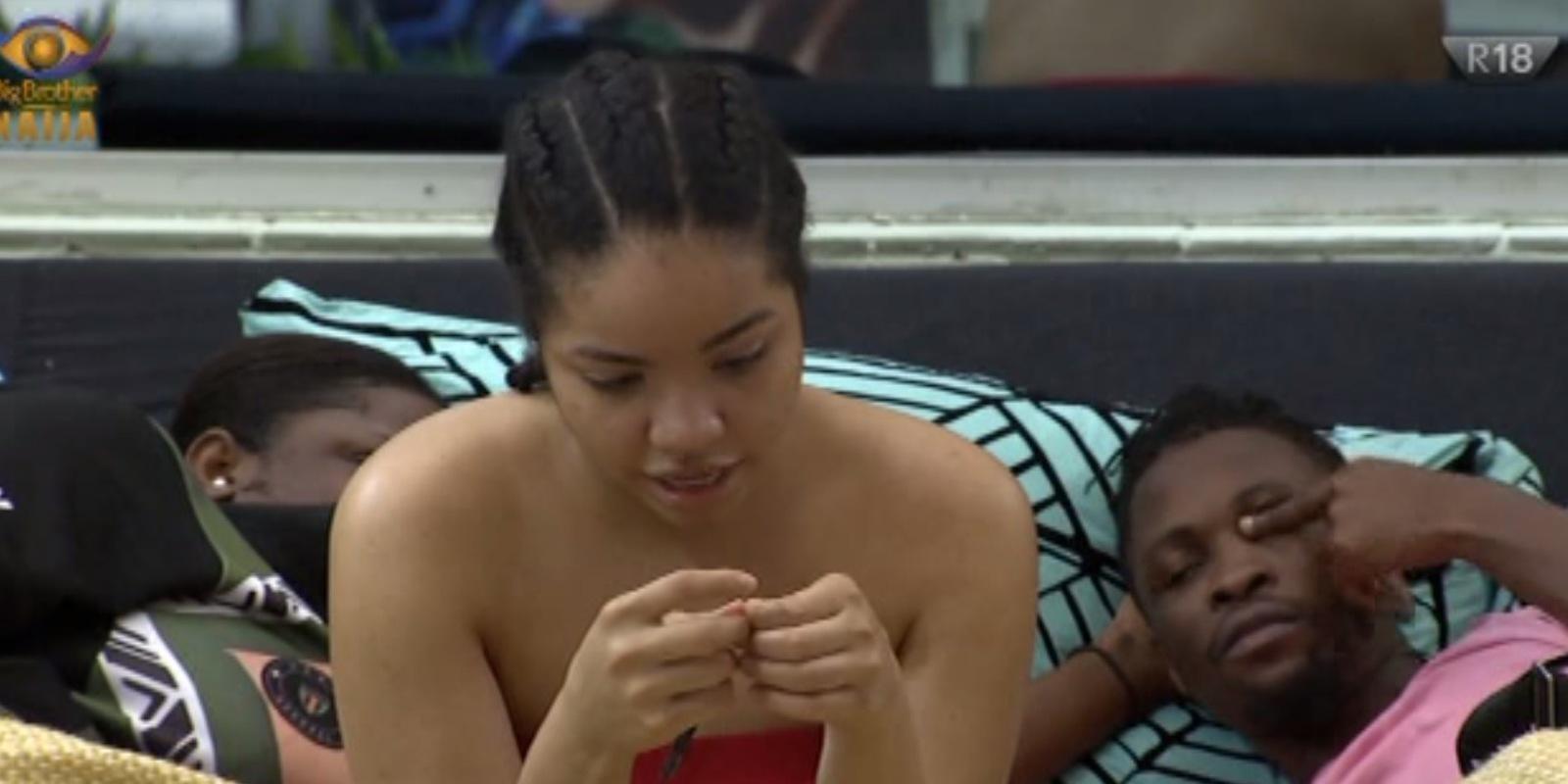 We love how the final five create fun for themselves in all situations and we don’t know if it’s the excitement of the finale tomorrow or the anticipation of tonight’s party, but these Housemates are on a roll.

Day 69: ‘Is there anything to talk about’ – Dorathy

Wondering why they never truly got along, Neo struck up a conversation with Dorathy about it and she explains what could have caused it.

Dorathy revealed some interesting facts about her entanglement with Brighto, Vee asked Nengi about the viral moment she shared with Ozo when he was Evicted, and the Lockdown gang spent the day talking about some relationships in the House.