After last night’s double Eviction, the Lockdown Housemates expressed their relief and happiness to still be in the game.

Game on with Kiddwaya: ‘I want Laycon to win’ — Kiddwaya

In his Exclusive interview brought to you by Betway, Kiddwaya shares how much of a threat he feels he was to Ozo and Nengi’s ship, what he really hopes will happen with Erica now that they are out of Biggie’s House, and why he chose Praise during the tie breaker.

Dorathy and Laycon had a discussion on what their lives would be like after their Lockdown journey – from fake people to prospective baes, they anticipate the new life that awaits them.

While discussing survival, Laycon let’s Dorathy know what he respects about her and what he believes are her endearing features.

Day 57: The what are you missing Diary

After surviving eight weeks in Biggie’s House the remaining seven Housemates had a Diary Session all about what they missed most. The answers were surprising and thoughtful as they paint a picture of how difficult it is to be inside for so long.

Day 57: Ship issues and some confessions

Neo had a conversation with Nengi about his situationship with Vee and how things suddenly seem unstable between them, which seems to be messing with his mind. Meanwhile, Dorathy and Laycon shared some discussions about their lives in the outside world.

Day 57: Moving on
The BB Naija Lockdown Geng lost two of their members and no matter how they feel, they must move on.

With Prince and Kiddwaya Evicted, it left a few Housemates feeling some type of way, some opening up about things close to them and others charting a new course of coexistence in the House.

Losing another loved one

With Lucy gone, Dorathy found comfort in the bond she built with Prince in the past week and now that he has been Evicted, things might never be the same again. Hurt by his Eviction, Dorathy headed to her bed immediately after the Live Eviction Show. Ozo joined her shortly to comfort her as she cried while talking about all the plans Prince had to accomplish in the House, including winning the Darling challenge and possibly getting to win the Head of House games that had eluded him time and time again. Ozo told her she could count on Prince to be rooting for her outside the House. 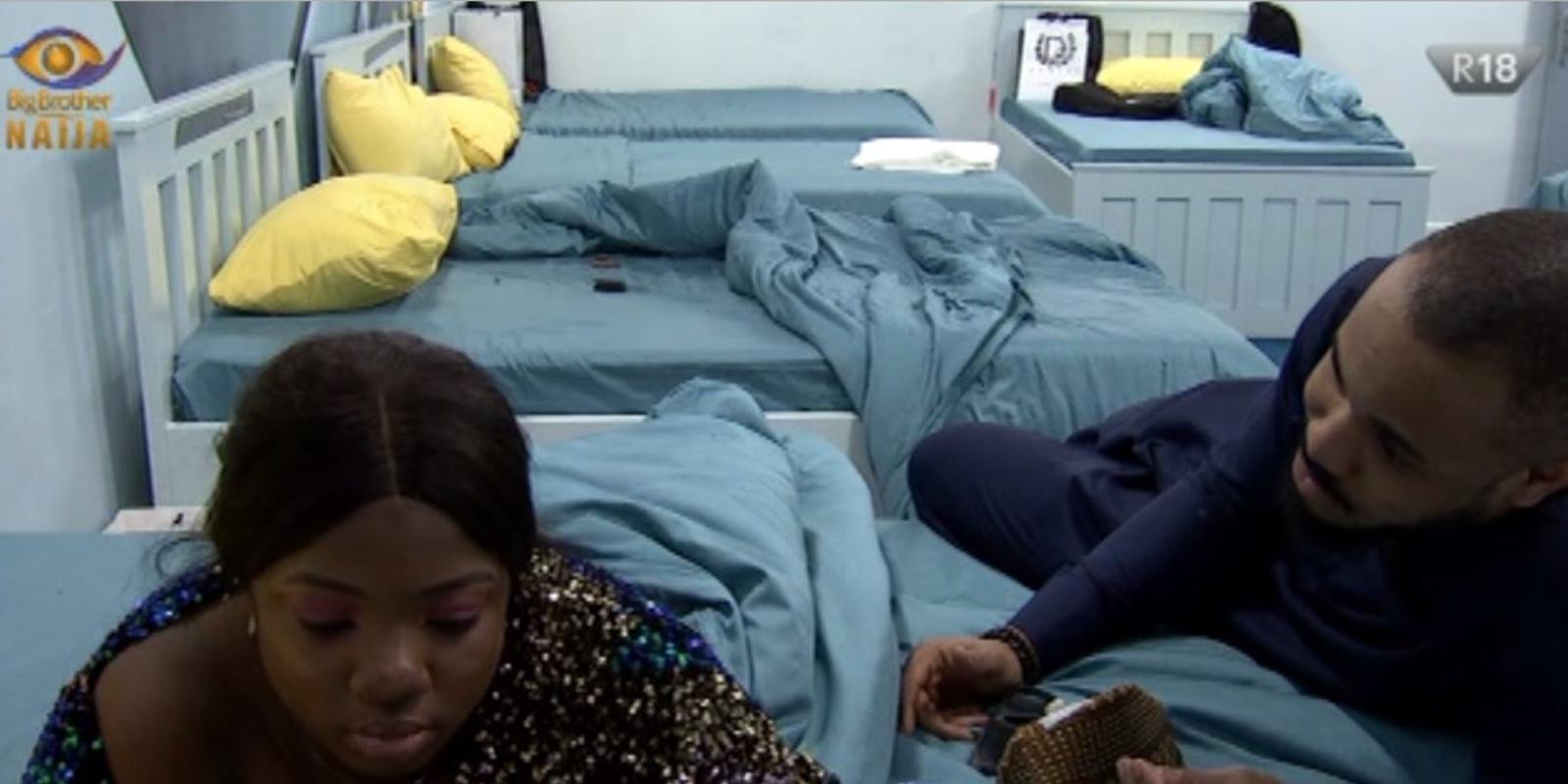 Nengi opened up about her life, her age and how she can’t hide certain information about herself because being on the show puts her in the spotlight and everything hidden can be easily accessed. As she opened up some more, she talked about having liposuction and how quite certain she was that no one could use that information against her. Showing their support for her, the rest of the Housemates proceeded to ask her how much it cost and if it hurt. 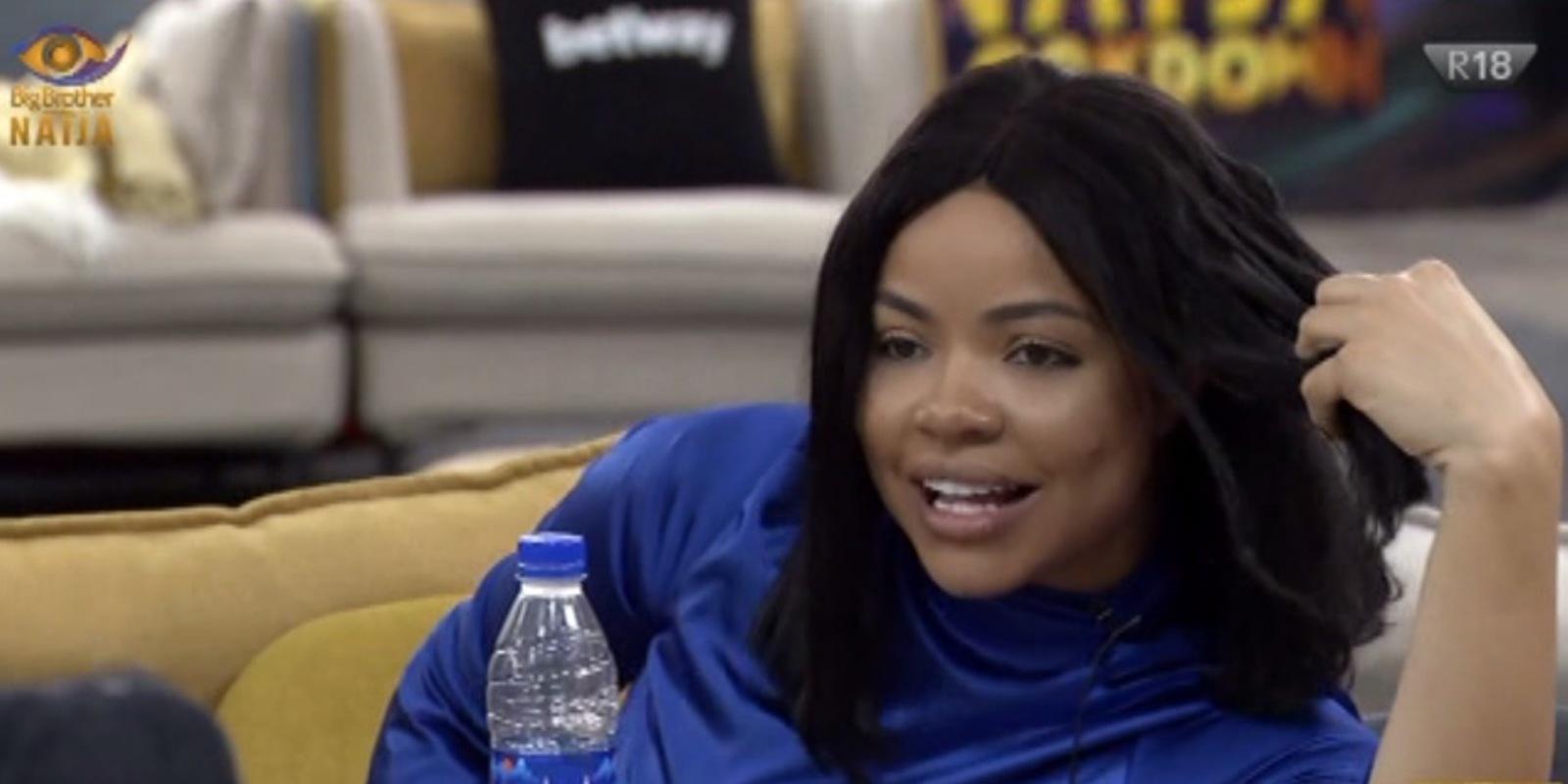 Surprised Ebuka mentioned their fight, Vee and Nengi agreed to a pact never to fight again. “How did we even have that fight,” Nengi asked shocked. Vee responded that the first fight was always necessary. Although they had already settled amicably earlier in the week, Ebuka mentioning it during the Live Eviction Show made them decide to affirm that they would stay friends with Nengi hoping they would be that way even long after the House. In the end, they both agreed to work together on gender-based violence for their Betway Task. 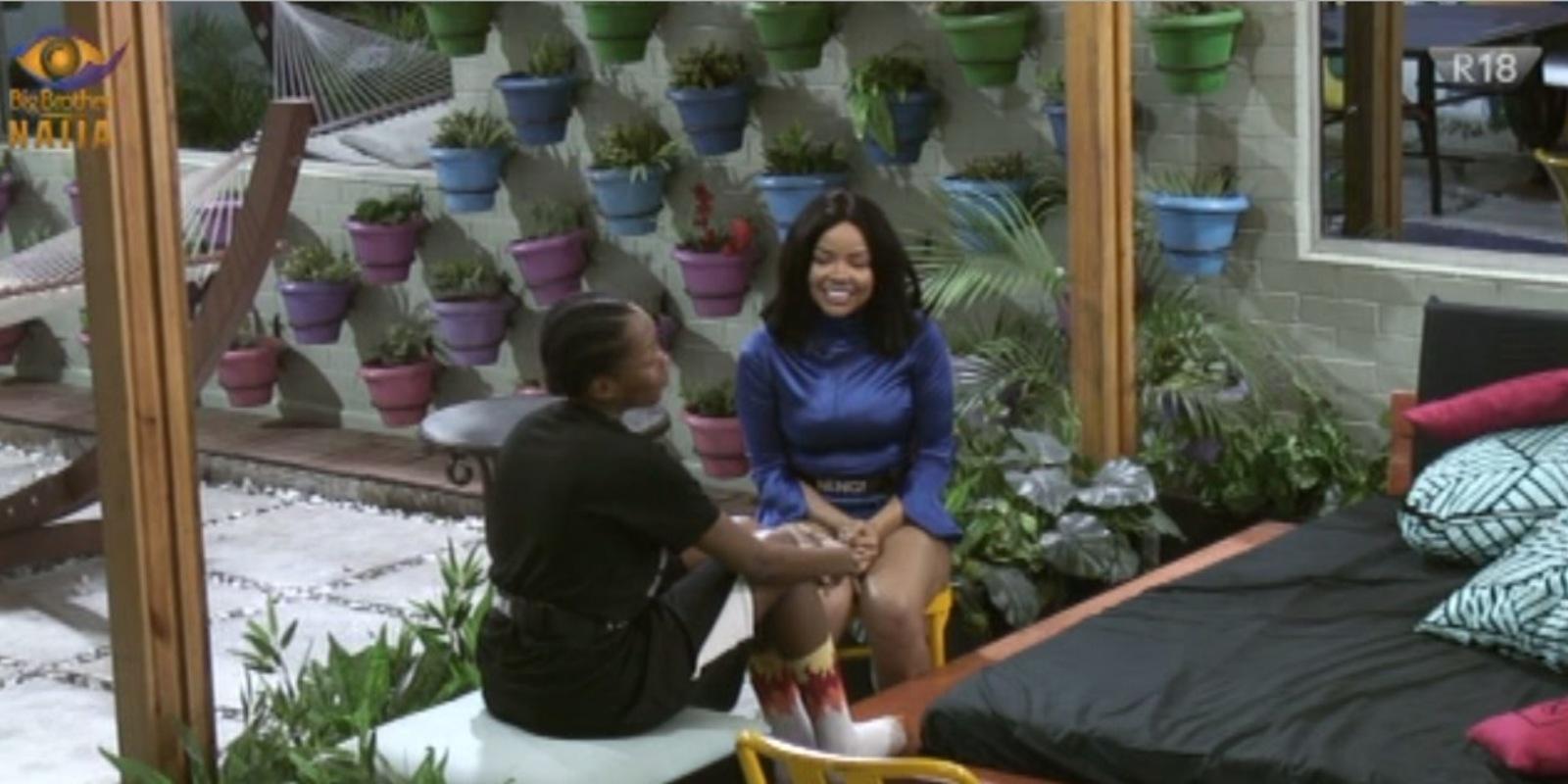 As the race to the finale picks up, there will be more Evictions and the Housemates can’t afford to let things get too personal. We are in the endgame now and everything that happens will lead to that final stage where we see the last Housemate standing.

#BBNaija Day 57: Neo and Vee become 2nd and 3rd housemates to make it to the grand finale as finalists after Nengi.

Results from the game that was played saw Vee and Neo emerge as finalists. They now have an automatic ticket to stay in the house till Day 71.

However, Laycon, Ozo, Dorathy and Trikytee are now up for eviction…

Two surviving housemates out of the four housemates who are up for eviction will join Nengi, Neo and Vee to slug it out for the N85m grand price on Day 71.

Below is how both teams, Team White and Team Black chose their desired housemates; 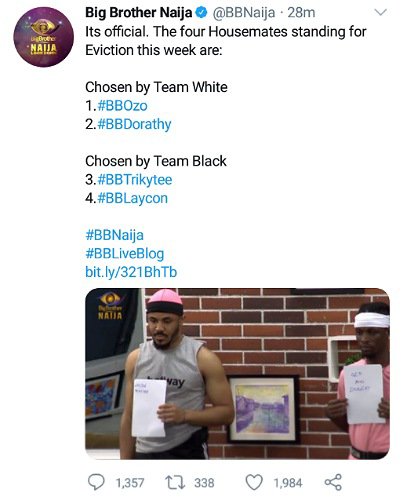