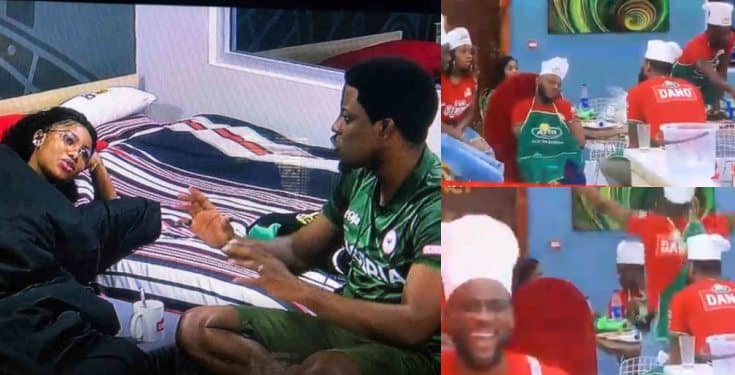 The Instagram queen had gone viral after she tattooed picture of award-winning singer, Davido on her chest.

She was spotted showing the tattoo to Seyi who was seated close to her during a cooking task given to them by Biggie on Wednesday September 4.

While the Port Harcourt first daughter and Seyi were still busy with that, they didn’t observe that Frodd, Mike, Omashola and Khafi were watching.

ALSO READ:   All my haters are in Brekete Kingdom in Nigeria– Mercy Eke shades Tacha & her fans (video)

They all burst into laughter.

BBNaija: ‘I will make sure you get third strike’ – Seyi tells Tacha (Video)