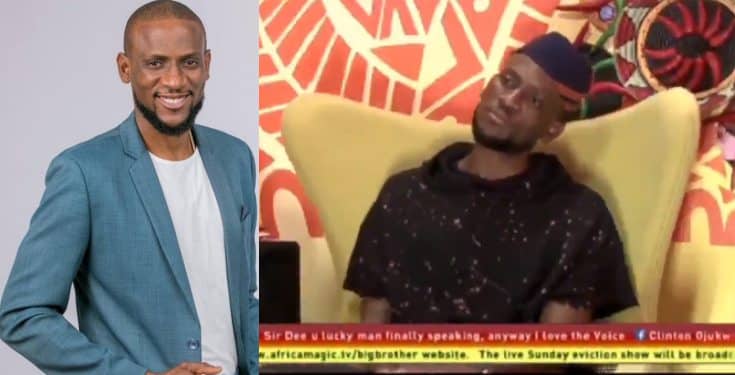 One of Big Brother Naija 2019 edition housemates, Omashola, on Thursday questioned Big Brother on the choice of his fellow housemates.

Speaking during his diary session, Omashola asked Big Brother why “Mad people were not selected into the house.”

According to him, he wanted to cause a fight the first day in the reality show but forgot.

He also narrated how he almost fought with Tacha, adding that the house appears ‘too simple and soft.”

Omashola told Biggie: “I almost fought the first day I came here but the thing escaped my mind

“I been wan attack Tacha, the second day I just give am small rope, if she cross that rope, I for don change am for her, but now she don behave well. I just dey yarn sha.

“Biggie why didn’t you bring mad people to this house? Everyone is just so simple and soft.

“Tacha has realized that people in the house come from ‘tush places’, the UK guy, the Texas guy, Isilomo don travel out, Kimoprah na model.

“She (Tacha) has realized that she has not even left Nigeria, she don dey calculate herself now.”

OAP Toolz advises Mercy Johnson to sue lady who dragged her and her daughter, Purity

I love you so much, I love your doings – Lady who tattooed Obi Cubana speaks again (Video)