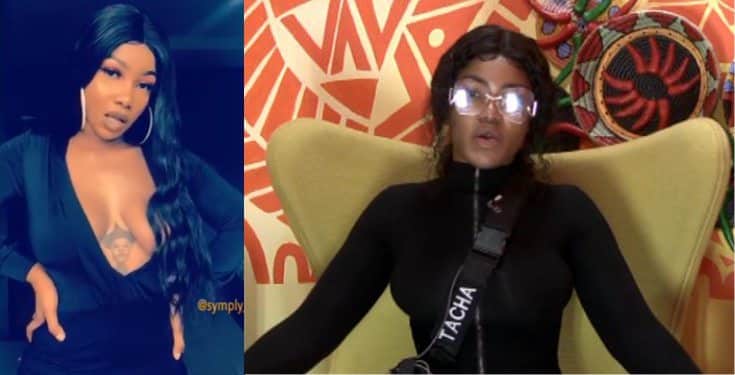 There have been several assumptions by the viewers that Instagram slay queen Tacha does not have enough clothes because she has been seen repeating the same clothes in the house.

Well, it looks like the viewers are right after all, because according to Tacha ,the orientation she had was that they will be given clothes in the house but unfortunately, they have not been given any outfit.

Tacha has been drawing a lot of controversy to herself, just like a former-housemate, Cee-C did in the 2018 edition of the reality show did.

#BBNaija: See how housemates nominated one another as ‘wildcards’