Yesterday evening, Sir Dee became the 14th housemate to be evicted from the Big Brother Naija House after being put up for eviction last week.

The banker turned reality show star was put up for eviction alongside his team mates Tacha, Esther, Frodd, Venita and Cindy, after they lost a task they were given by biggie.

His eviction came just after Esther was sent packing. Esther had joined the list of housemates evicted from the Big Brother Naija reality show. She is the 13th evicted housemate.

With this move, she joins Gedoni and Jackye who were the 11th and 12th housemates to be evicted from the current edition of Big Brother Naija reality show.

Below is how fans voted for their favourites; 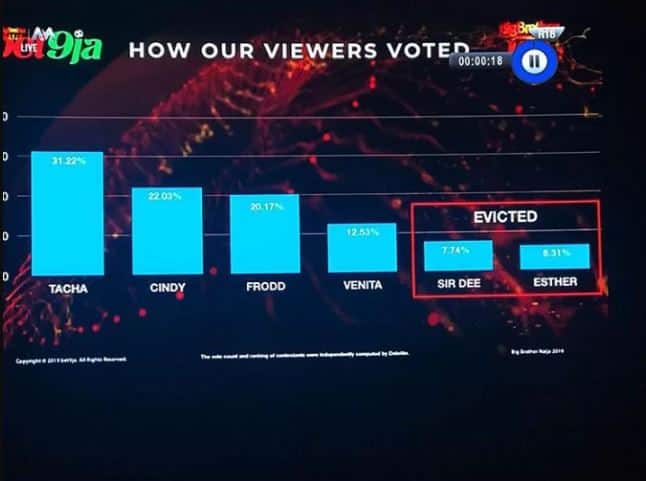