Home Viral News Barber asks female customer to get letter of consent from boyfriend after...

Twitter user, Ekettiette has revealed how some barbing salons in Uyo started demanding for consent letters after a barber was arrested by soldier.

According to Ekettie, the practice started in Uyo after a soldier arrested a barber for cutting his wife’s hair. Since then, the began to seek for consent letters. Asides that, prices for barbing women were also higher than the female.

In Uyo, I was told the practice of asking for a letter of consent began when a soldier arrested everyone in the barbershop where his wife had her haircut. The request for a letter/note also happens in Enugu and some parts Lagos. I don’t know the reason(s) though.” 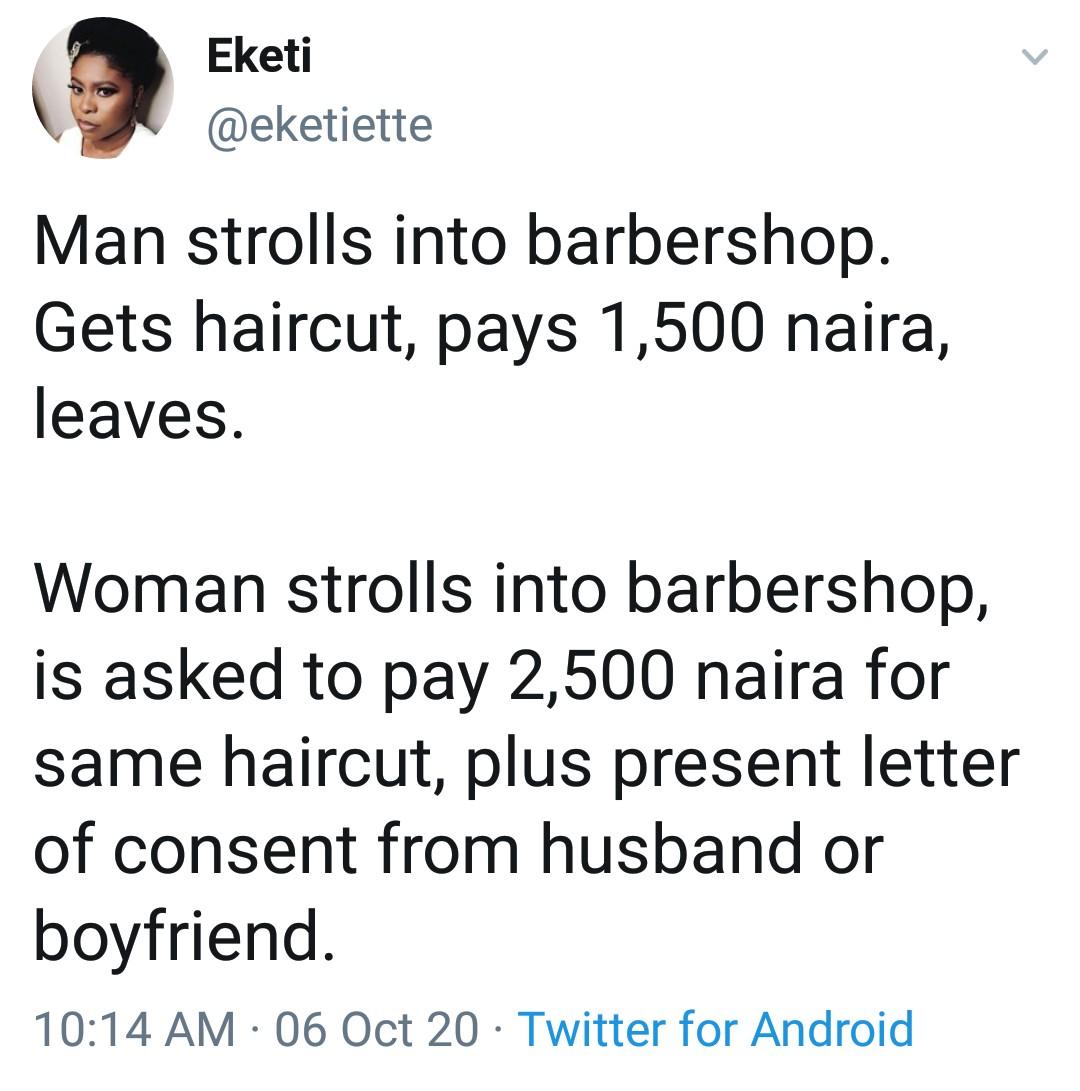 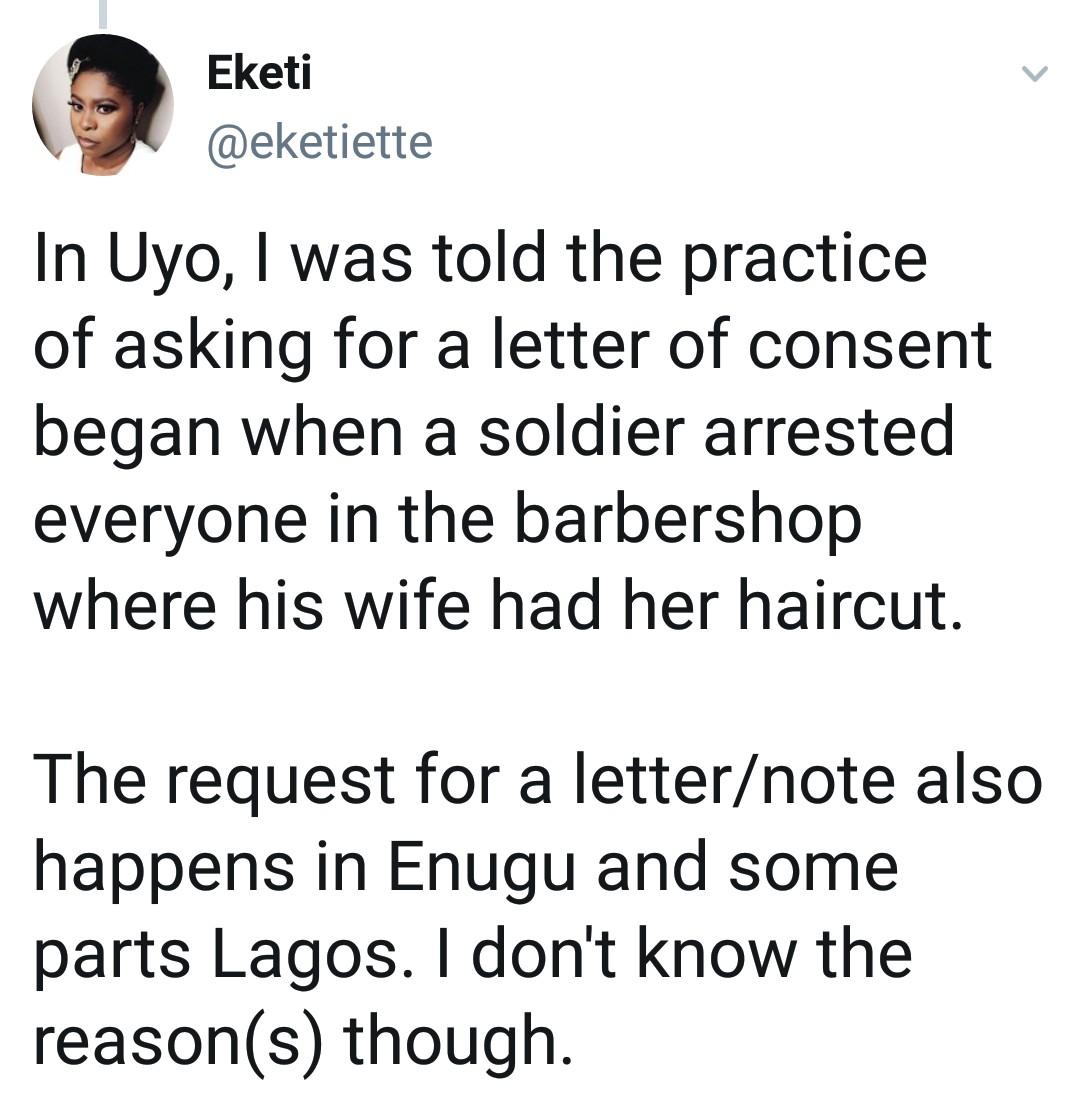